A gaming headset’s worth can be weighed in pennies – most of all those leftover after you’ve parted with your hard-earned cash for a set of quality cans. Scouring for the best gaming headset, whether that be an enthusiast pair or a modest kit, is all about finding value, and in this review we’re delving into a gaming headset that’s hoping to offer swathes of it in the entry-level market: the Asus TUF Gaming H3.

The entry-level gaming headset market is a tough cookie to crack. Not because wild features or functionality are of particular import, but because you can’t have it all. Smart sacrifices are the name of the game, and you won’t see a drop of RGB lighting, touch controls, or on-board amps with the TUF Gaming H3.

Instead, the H3 is rather civilian in appearance and operation. You can match this headset to your rig in as far as there are four colours of ear cup strut to choose from: black, silver, blue, and red. Each ear cup is also adorned with the TUF Gaming logo in black, which is muted against the headset’s black plastic construction.

With a hella flexible headband and durable construction, I have to say I’m rather convinced this headset can take a beating. So it lives up to the legacy leftover from the TUF label’s hardy past.

The TUF Gaming H3 is exceptionally comfortable, too. It might seem like a textbook design, but it works. Clamping force is just enough to keep them firmly planted on your head without slipping, and efficiently distributes the 294g weight of the band and drivers across either ear. The fast-cooling pleather ear cushions also serve to keep moisture away from your ears to ease fatigue in the long-run.

While many in this class of headset fail the all important comfort test, the TUF Gaming H3 stands among headsets twice the price in ergonomics alone. 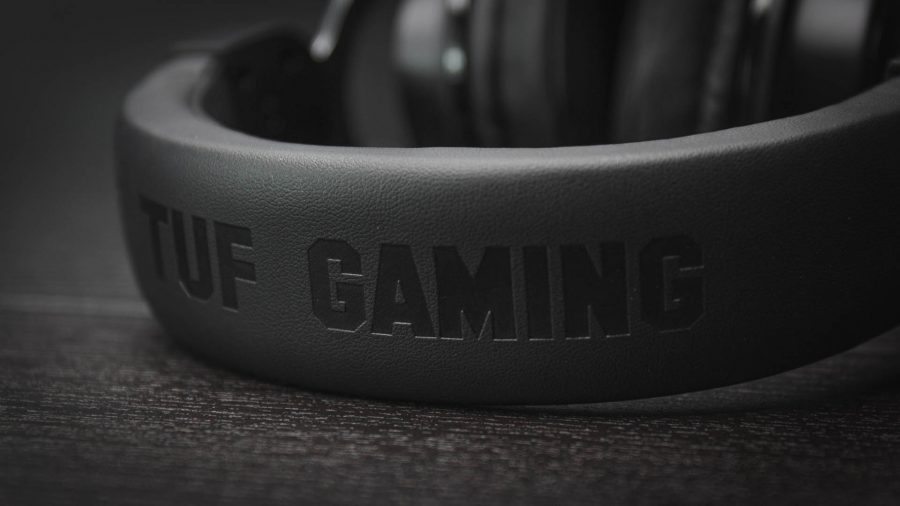 And then we get to the meat of the matter: the audio. Featuring Asus’ own 50mm Essence drivers, the TUF Gaming H3 offers, on paper, much of the same to its competition at this price. However, tuning-wise the bass is markedly restrained. Asus markets these with “incredibly deep bass”, which, to the headset’s benefit, is a claim I wouldn’t wholly agree with. There’s a slight lack of articulation in the lower frequencies, which tends to mute some of the detail elsewhere, but it doesn’t muddy the waters too greatly and on the whole the sound profile is rather pleasant and quite balanced for gaming fare.

The TUF Gaming H3 is punchy for its price tag

Arguably, the TUF Gaming H3 is punchy for its price tag. From Destiny 2 to Sayonara Wild Hearts, the TUF Gaming H3 offers a balanced and fitting audio profile fit enough for both. And since this headset is fitted with a 3.5mm jack, you can just about use them across any of your devices.

The microphone is – perhaps surprisingly – superb. While its fixed design will see it sat alongside your face in perpetuity, that can be forgiven for its clear response. With a swift mute/unmute toggle on the side of the left ear cup, this unidirectional boom microphone gets the job done without fuss and with enough clarity that your teammates won’t be left wanting. 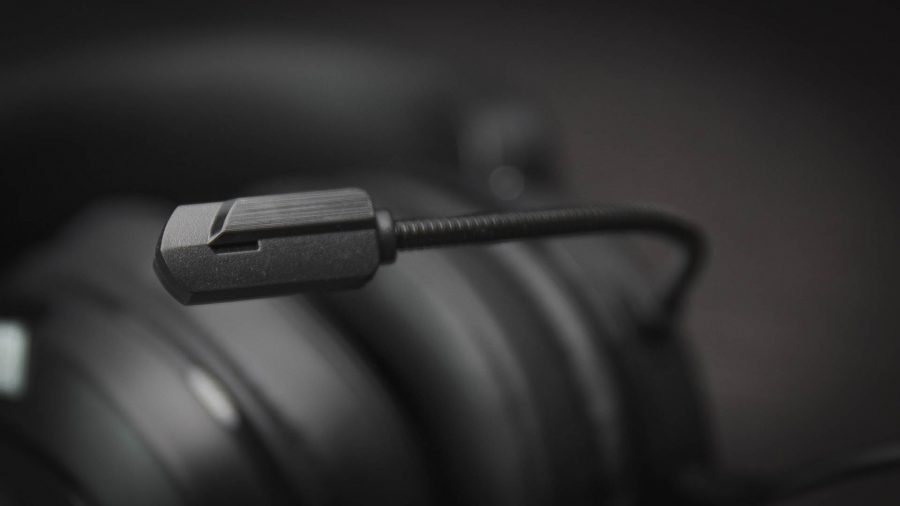 Similarly, a volume control wheel sits on the ear cup proper, leaving the cable free of inline controls – and braiding. While perhaps a little less durable in the long run, there’s at least no fuzz introduced by noisy braiding with the TUF Gaming H3. But you’ll need to keep good care of the headset to ensure there’s no fraying, unwinding, or general cable tomfoolery down the line since there’s no spare and it’s firmly attached.

Facing stiff competition (literally) from the Corsair HS50, the Asus TUF Gaming H3 couldn’t be just another set of cost-cutter cans. Thankfully, and perhaps mimicking the well-received competition, it offers defined audio quality on at least equal-footing – a lively mix of bass and mid-range detail palpable enough to make an impact without committing gaming headset hubris and drowning the whole range in a thick sludge of low-frequency fuzz.

With an undeniably comfortable design toppling that of the less-than-cushy exterior of the Corsair, it seems the Asus TUF Gaming H3 at £55 is well-deserving of the accolade of the best budget gaming headset in 2019.