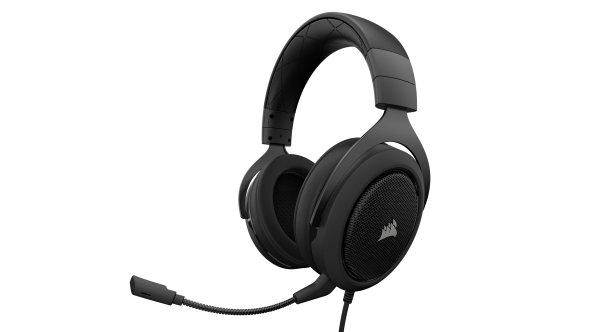 Corsair create some of the finest PC peripherals in the market, and unsurprisingly, even the more budget-oriented Corsair HS50 headset is no exception to the rule. This low-cost headset skips the RGB-palava and offers gamers an understated look, but retains the all-important audio quality.

Still haven’t made up your mind? Here are the best gaming headsets of 2018.

While I’m almost certain market research will prove me wrong on where RGB stands on the spectrum of importance to consumers, the last thing gamers need on a budget headset are unnecessary features. Luckily, Corsair have ditched their usual fanfare of bright lights and reactive software with the HS50 and this approach has led to one of the best budget headsets we’ve reviewed in quite some time.

For starters, the Corsair HS50 costs only $50 / £55. That puts these capable cans at roughly half the price of some of the best gaming headsets around, and sends price/performance charts through the roof.

But it’s not just price where the Corsair HS50 stands tall. The audio balance is just right to offer the distinct directional sound that you really want in a gaming-focused set of cans, and the bass is kept to a sensible level. The HS50 fairs pretty well when tearing through your Spotify library too – although you may want to kick the bass up a touch. 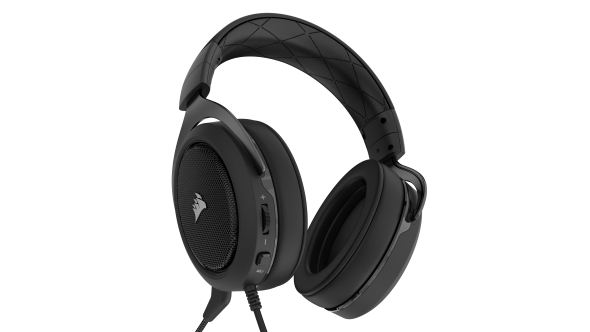 While the headset doesn’t offer the greatest definition across the entire 20 – 20,000Hz frequency range, it also doesn’t muddle the mids or stifle the highs in a way that is incredibly noticeable while gaming. All in all, HS50 outperforms the standards of its price bracket when it comes to pure audio quality, even if it won’t necessarily blow you away with audiophile fidelity.

The included mic isn’t the best in the world, but has enough clarity and volume that it shouldn’t cause any distress within party chat for the most part. The manoeuvrability, however, is exceptional thanks to the flexible design – which is especially useful if your party hears any off-putting heavy breathing from your end. The mic is also removable, which is a plus so long as you aren’t prone to often misplacing things. 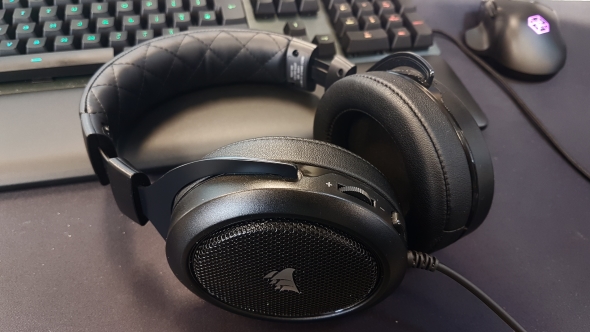 Even without Corsair’s signature style plastered all over it, the HS50 still looks good. The build quality is exceptional, with a similar build to our top gaming headset of the moment: the HyperX Cloud Alpha, which comes in at around $100 / £90. To be extra finicky, the padding on the inner band is a little less than generous and the earcups can feel a little rigid at times. But overall, it’s comfy, lightweight, and it doesn’t clamp down on your head like an alligator snapping turtle.

The built-in controls are also located on the left earcup itself, rather than inline on the cable. I have to say I find this approach preferable to inline controls, it keeps the cable light and prevents any catching. I’ll leave that argument up to yourselves, but this gets a thumbs up from me.

Corsair have really knocked it out of the park with the HS50. This headset features a simple and inoffensive design, high build quality, crisp sound, and it comes with a rubber grommet to cover the mic input when not in use (it’s all in the details). Corsair have set the bar high for affordable headsets, and with an entirely reasonable price tag for the level of quality, it’s hard to argue with the value on offer with the HS50.