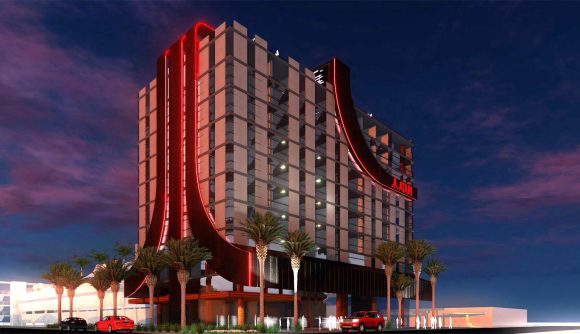 Atari is lending its name to eight hotels (yes, hotels) to be constructed in its image within Phoenix, Austin, Chicago, Denver, Las Vegas, San Francisco, San Jose, and Seattle. While the inner workings of this deeply strange licensing move remains a mystery beyond human comprehension, the proposed hotels are, surprisingly, a rather splendid throwback to retro arcade aesthetic.

The Atari Hotel (via The Verge) itself would look relatively at home in Tokyo’s mega-arcade district, Akihabara, alongside famed moghul Sega. But the plan isn’t just to stuff this building with a bunch of gaming related memorabilia and call it a day. No, real estate developer True North Studio and GSD Group – led by Shelly Murphy and Napoleon Smith III, producer on Teenage Mutant Ninja Turtles and Teenage Mutant Ninja Turtles: Out of the Shadows – will also be fitting meeting rooms, co-working spaces, VR and AR games, and even esports event space.

“Atari, a trailblazer in the gaming industry,” the press release from Atari Hotels says, “is pioneering an exciting new concept: a unique lodging experience combining the iconic brand with a one-of-a-kind video game-themed destination. Atari Hotels level up hotel entertainment with fully immersive experiences for every age and gaming ability, including the latest in Virtual and Augmented Reality. Select hotels will also feature state-of-the-art venues and studios to accommodate esports events.”

Atari will receive 5% of hotel revenue as a part of the deal, and a $600,000 advance. The real estate developers will receive Atari’s recognisable IP, which is reportedly still worth something to someone. 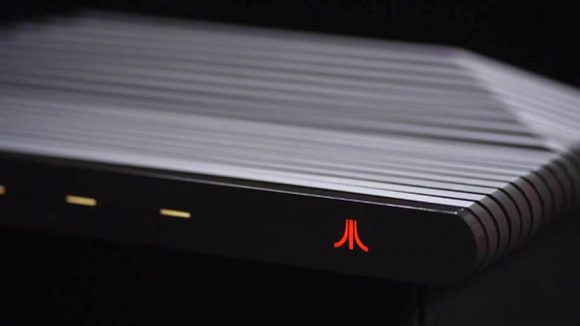 In case you were wondering why Atari is in the hospitality game, rather than the game game, it’s mostly to do with the brand’s long ownership history. Much like a Dark Charizard Pokemon Card, the company’s been traded back and fourth between hands more times than you can say “just give it a rest already” – and it’s come out the other side a little crumpled and torn.

The company’s other major venture is with the Atari VCS. A famed retro console (perhaps for the wrong reasons), this AMD-powered throwback console was successfully funded on Indiegogo in 2018, and remains in the prototype stage following early turbulence in the development run and occasional missteps.

With fans hungry for RGB kitchen utensils, and Japanese landmarks, this “gaming hotel” couldn’t come at a better time.

The companies involved will break ground on the Phoenix hotel this spring.