Ubisoft Reflections’ latest title, Atomega, is a game that almost defies explanation. Its many mechanics are tough to describe, but play one ten-minute match and you’ll instantly get it. It’s all about gaining mass (thankfully without hitting the gym), changing forms, and destroying enemies with lasers. Since there’s more to the game than meets the eye, you’ll want to read our Atomega guide to get to grips with all its little details Let’s get going, then.

Want to know what we think of the game? Check out our Atomega review.

The goal of each ten minute Atomega match (or ‘Timephase’) is to score the most points by acquiring mass. Mass is represented by collectible purple cubes dotted around the map which build your mass meter if you run into them. Fill the meter and you’ll evolve into a larger, more powerful form. That power comes with a catch, though; the bigger you become, the slower and more cumbersome you are. You’ll also be unable to make use of small tunnels and hiding spaces throughout the map.

Each unit of mass is worth a single point, but the more powerful your form, the better score multiplier you’ll have. That means you’ll rack up more points the bigger you are. You can also build more points by ‘DeForming’ other players: +300 for an outright defeat, or +200 for an assist. These points will increase against players ranked in first, second, or third position on the scoreboard at the time of your DeForming of them. Defeated players also drop their mass, which is left in a convenient pile for you to hoover up. Importantly, a DeForm isn’t a kill; instead, your enemy will be reduced to their smallest form, and will have to build their mass again.

If you’re stuck in a combat encounter you know you can’t win, tapping Q will teleport you out of danger. While you’ll be moved to a safe place, this will cost you mass, and will demote you to the previous form. Forcing an enemy to teleport will net you +100 points.

There are seven exoforms that you can progress through in Atomega. 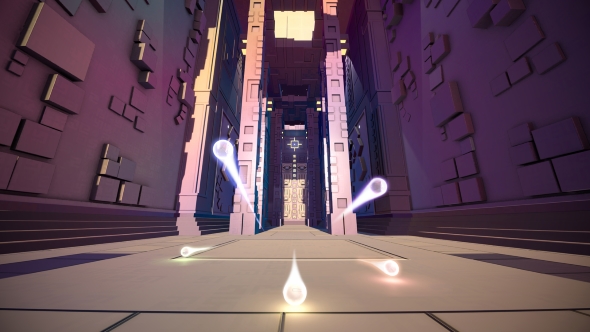 An Atom is the smallest form and your starting point in Atomega. It can’t attack, but is invulnerable to enemy fire. Use it to travel down the maps smallest tunnels to pick up mass cubes that few other forms can. 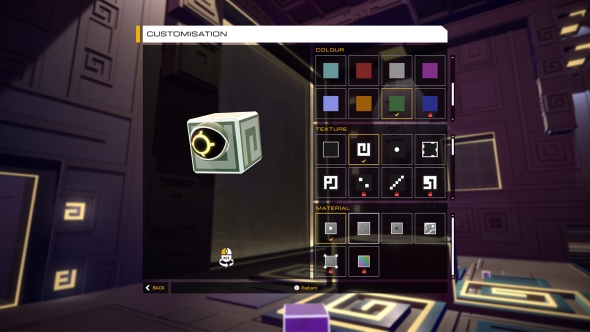 Cells are roughly the same size and shape as small mass cubes, and are the first exoform that can attack. Their tiny pool of energy means they’re easily DeFormed, but Cells are nippy enough to avoid fire with ease. 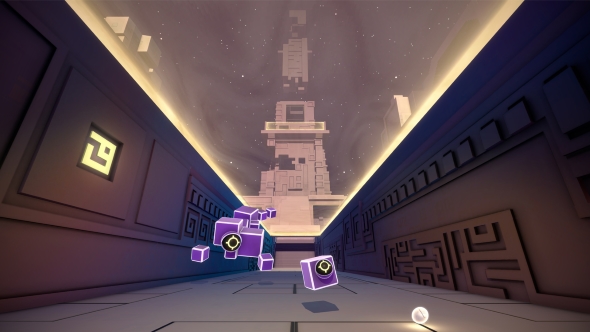 The Zoa is a fish-like exoform. Still small enough to wiggle into tight spaces, it’s the last of the lower-level forms. Despite its size, it’s great for pot shots against the biggest exoforms, thanks to its speed and ability to hide. 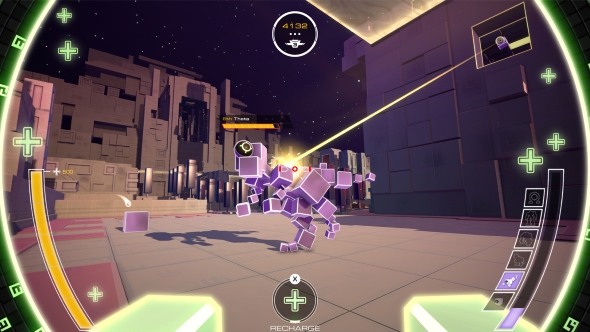 Hit Saur status and you’ll be in the middleweight tier of exoforms. Too big to fit into small gaps, the Saur needs to spend more time in the open to find mass. But this raptor-like creature can leap high to easily grab cubes from rooftops, and has a decently-powered laser to aid in the stealing of enemy mass. 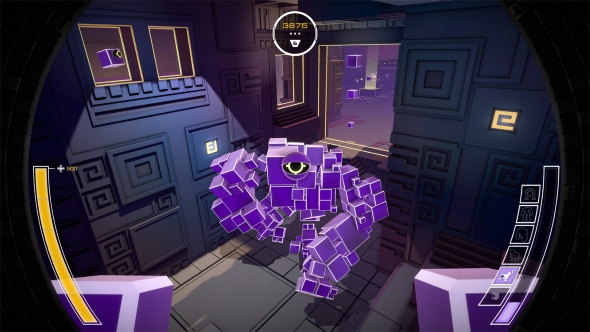 Upgrading from a Saur turns you into a huge, pixel-ly gorilla. This form is notably slow and heavy, but is a real brawler. Be the first to hit this exoform and you’ll stand a good chance at denying enemies the chance to overtake you. 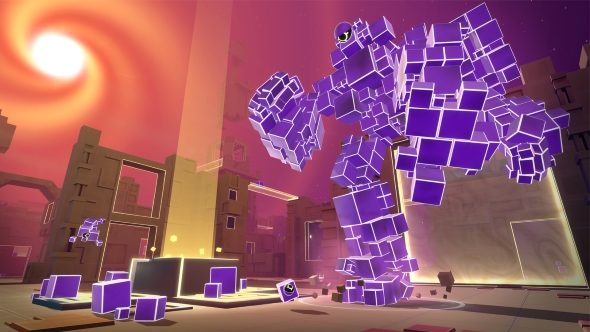 Hitting the Superior stage is as exciting as it sounds. This form is like a Gundam mech suit, allowing you to tower over the map and fire a powerful laser blast. You’ll be so big that other players will be able to spot you over rooftops, but just because they can see you doesn’t mean they’ll be able to deal enough damage to take you down. Superiors can’t fit inside buildings, so the only source of mass are the cubes dotted around open ground. 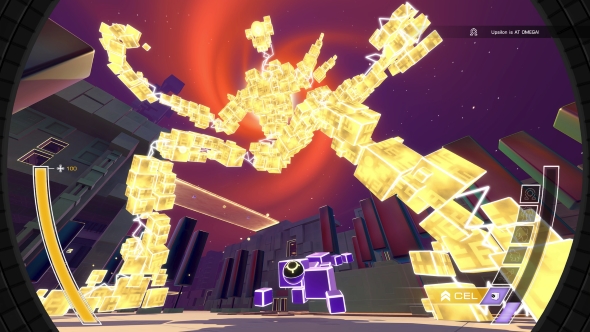 Evolving into an Omega is the ultimate goal in Atomega. A colossal, kaiju-like creature, the Omega can fire a continuous laser beam that will vapourise enemy players. Rather than a set energy bar, the Omega must continually gather mass to prevent its energy from depleting. Any enemy that shoots the Omega will leech mass from it, so being in Omega exoform is not the winning ticket that it first seems.

When exploring the Atomega map you’ll spot golden cubes. These provide you with a Hack; a power-up that’s activated by tapping E. They’re random, but pick one up and you’ll be able to harness the power of one of ten Hacks. 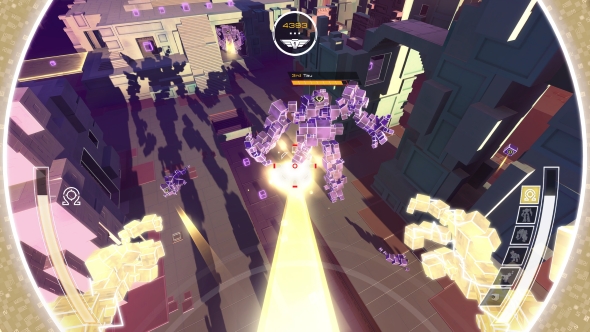 Atomega isn’t the biggest challenge in multiplayer gaming but there are a few things you’ll want to take advantage of while playing. Use these handy snippets of information to help climb that scoreboard. 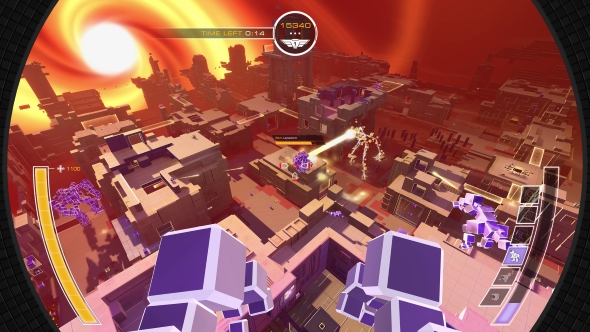 You can unlock special name tags based on your performance in Timephases. These Descriptors are based on your playstyle, so you’ll have to mix it up your tactics in order to unlock them all.

Got any other advice for Atomega players? Why not share your knowledge of mass and exoforms in the comments below?