Let me start off this Audeze Mobius gaming headset review by informing you that you’re probably reading it wrong. No, not the Mobius bit, that’s pretty obvious. It’s the actual company name I’d wager you’re missing the mark with. It’s not read Ordeez. No, it’s actually some sort of tortured pseudo portmanteau of audio and odyssey. So rather I’m actually reviewing the Audyzzey Mobius. Yeah, gross.

And if it wasn’t such an incredible sounding headset I’d probably spend a lot longer than just the opening paragraph of this review ripping into the ridiculous name. But it is, and so I won’t. Luckily for Audyzzey.

But that excellent sound isn’t a result of the headline-grabbing head tracking ‘cinematic 3D audio’ schtick, though Audeze puts that technology front and centre with its packaging and on the product page of its website. Rather it’s the planar magnetic drivers which deliver an audio experience so clear, detailed, and rich that it will make your other headsets seem all too dull by comparison. Sure, the Mobius is an expensive purchase, but if you’re after audiophile-level gaming soundscapes then you’ll struggle to find better.

I was, and still am, a massive fan of the Oppo PM3 headphones, another planar magnetic set priced at around the same $399 (£345) price tag as the Audeze Mobius cans. Unfortunately Oppo’s headphone department was a bit of a vanity project which was closed down last year, making the PM3s unavailable.

Thankfully the Mobius headset is taking up the challenge, offering the under-used driver technology to great effect, and packaging it in a more gamer-friendly setup.

Most gaming headsets, indeed most headphones full-stop, use dynamic drivers which operate in largely the same way as your standard speakers do. They use a thin coil of wire that the audio signal is fed through, and which will then react with generally a single magnet and cause a cone-shaped diaphragm to rapidly move back and forth causing the sound you hear.

That’s mostly fine, but dynamic drivers do have a few drawbacks in that at loud volumes you can get serious distortion, and hitting low-level frequency response is a bit of a struggle for them. They’re not bad, and because they don’t require a lot of power to function don’t need headphone amps or specific DACs to sound good.

Sonic proof: These are the best gaming headsets around

But they’re not quite in the same league as planar magnetic drivers. They use many more magnets in the design, which can make for a heavier headset, where the diaphragm or membrane is moved between these sets of magnets. By using a larger, flat membrane, with the wire embedded in it, planar magnetic drivers produce a far more accurate reproduction of sound, without having any issues of distortion or the sound bouncing off parts of the ear cups before they get to your ears.

And the membrane that Audeze uses for its drivers is as thin as a human hair, and based on NASA technology. Space technology. These are space headphones. 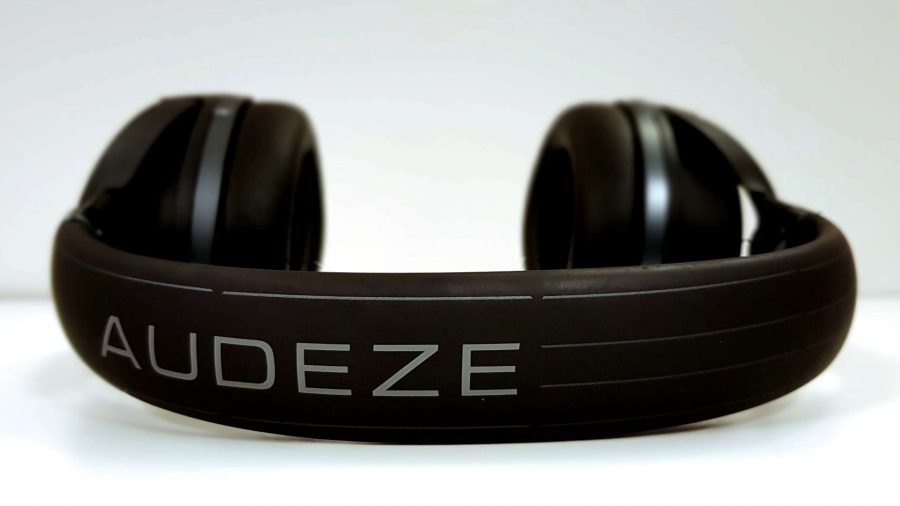 They do often need a little bedding in to get the most out of them too. Dynamic drivers will get worse over time, while planar magnetic drivers get better, rounding out the slightly over-detailed audio with use, becoming richer and warmer as you listen to them.

And I’ve got to the stage with the Audeze Mobius where they sound fantastic. It’s not just in terms of music either, the gaming audio is stunning. Racing around in Dirt Rally 2.0 I can almost hear the individual pieces of gravel rattling off the underside of my struggling Ford Escort.

The positional cues in standard mode are excellent, which has me questioning just what value the 3D audio really has in terms of gaming. The default setting is for the 3D audio to be turned on, and the ‘Gypsy Muse’ lady that responds when you press different buttons sounds audibly upset when she has to announce “3D off.” It’s like you’re crushing her hopeful little spirit by going against the default, but I much prefer the straight game sound of the Mobius in traditional planar magnetic mode.

But the built-in head-tracking and 3D audio means you can set the headset up so that the positional audio will move as you shift around your head. And you can even enter the exact dimensions of your skull if you want to get super detailed audio tailoring to your own anatomy. Though, realistically, when you’re gaming you’re not really trying to move your head around at all – you’re looking directly ahead at the screen you’re gaming on. 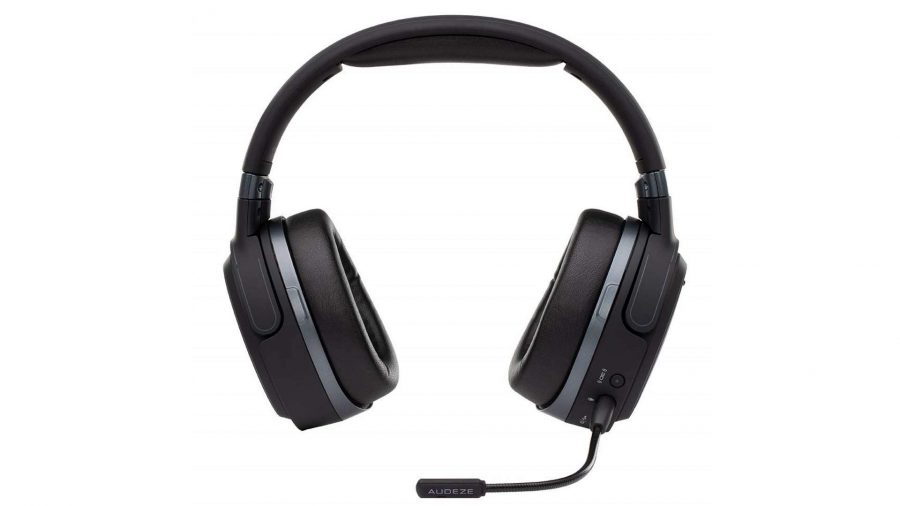 But you can turn off the head tracking and simply use the 3D audio to provide a more accurate, positional soundscape for your games without it shifting around when you happen to look away from the screen when your cat has just knocked something over because you’re ignoring her.

The 1,000Hz head tracking isn’t just about the audio though as Audeze has added a beta feature into its HQ software that allows you to tack commands onto head gestures. There are six different gestures – look up, look down, turn left, turn right, tilt left, and tile right – which you can attach macros to.

Being able to create gaming profiles where you can go into stealth mode by nodding, for example, might be useful. Kinda. I tried attaching copy and paste to the head gestures, but I just kept deleting parts of this review while listening to music and bobbing my head… So yeah, it’s a bit of a gimmick. 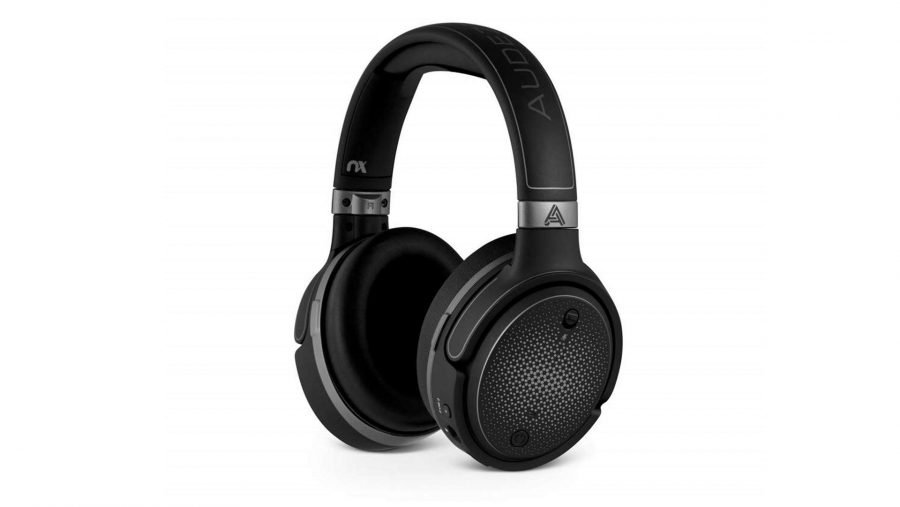 But forget the gimmicks because this is a fantastic gaming headset that pretty much ticks all the boxes for audiophile sound. It’s also impressively versatile too. The detachable mic is effective, and therefore doesn’t get in the way when you don’t need it, the headset has built-in volume and mic-level controls, and it has wireless as well as wired connectivity too.

You can connect via Bluetooth, so any digital device, even your PC, can get in on the action, but that’s not the way you can get great audio. “BT is inherently lossy,” says Audeze, “and we consider it a convenience feature rather than a primary connection mode.”

The primary connection mode is actually via USB-C, and that will both charge the battery and deliver the highest quality, multi-channel audio down the wire. You can use a 3.5mm connection, but you will still need to run the headset on battery for that, which will only last around 10 hours or so.

As an old man I’m not necessarily one for the gimmicks, but in the Mobius Audeze has created a great sounding gaming headset, with a level of audio quality that’s had me put aside my beloved HyperX Cloud Alphas. The problem is, of course, the price. At nigh-on $400 it’s over five times the price of the brilliant HyperX cans, and you really do have to be someone that craves that superior aural experience to want to drop this sort of money on a pair of headphones.

But if that’s you, then the Audeze Mobius can genuinely offer an audiophile experience that’s hard to beat.

Forget the gimmicks, the Mobius delivers the sort of fantastically detailed and rich audio you would expect from a set of planar magnetic drivers. It may be an expensive headset, but for audiophile gaming the Mobius is tough to beat.