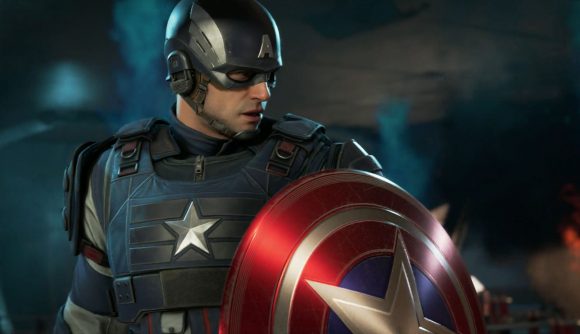 Square Enix's Avengers game features online co-op and long-term update plans, so you can naturally expect a beta ahead of launch. It looks like the beta will be available on all platforms, including PC, but marketing material promises you can “play the beta first on PS4.” So be prepared to look longingly in the direction of your console-playing fellows in the future.

The beta will come to PC, but we don't know how long after PS4 – or, for that matter, when the beta will launch on Sony's console. (Just sometime before the Avengers launch date on May 15.) Pre-orders on the official Square Enix store only say that “Beta access release date(s), duration(s), platform availability, and region availability to be announced.”

Pre-orders will grant access to the beta, but – again – the publisher hasn't noted if there will be any other way to get in. Upon purchase, you'll get a code that has to be entered into a Square Enix account. From there, you'll select a platform and be emailed a beta code on whatever platform you've chosen once access is available.

For now, you can satisfy your preview needs with the trailer below.

Today’s reveal was light on gameplay, but it did indicate the game’s original story and we did get to see Ant-Man, so I’ll call that a win.

We’ll bring you more on the Avengers as the show continues, so stay tuned.