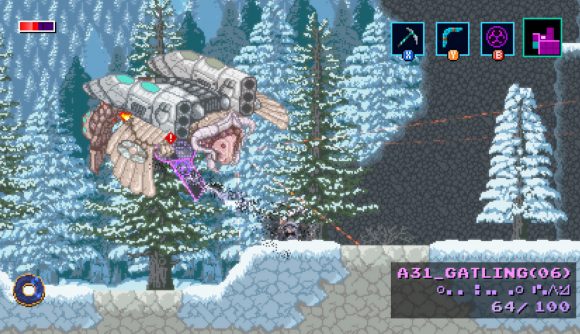 The first Axiom Verge managed to stand out in an extremely crowded field of Metroidvania platform games, and its solo developer, Thomas Happ, announced in 2019 that a sequel was coming to Nintendo Switch. Axiom Verge 2 is finally set to launch this year, and today Happ has confirmed that a PC version is on the way – but exclusively on the Epic Games Store.

“I know that exclusive arrangements often raise a lot of questions for people, so I wanted to explain the reasons why I decided to sign with Epic,” Happ says in a blog post. In short, he says that development on the first game was a “side hobby”, but “Axiom Verge is my job now”, and both he and his family are dependent on that job.

“I don’t want to go into too many details about the nature of the arrangement I have with Epic other than to say that I’ve been able to put my stress about how the game will perform out of my mind for a bit and just focus on making the game I want to make. Making games can be fun, but it can also be stressful. With this deal in place, game development started feeling like a hobby again.”

While Happ declines to detail the terms of Epic’s exclusivity arrangement, other studios – including the devs behind Ooblets and Super Meat Boy Forever – have revealed that Epic provided a minimum sales guarantee on its platform. 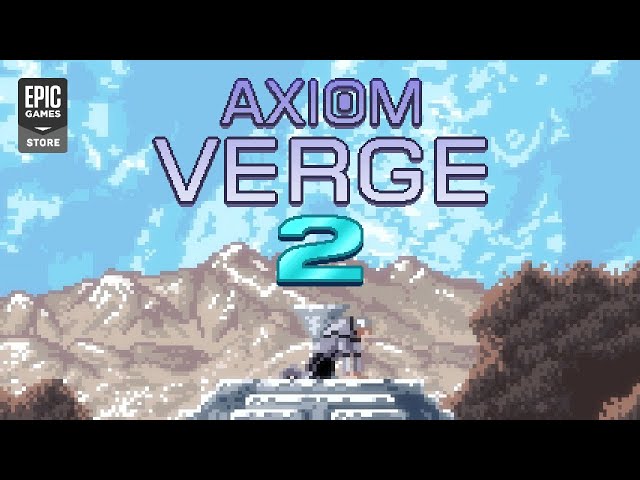 “For Steam fans out there, please know that it will be coming your way eventually,” Happ adds, saying that “without Valve’s embrace of indie game development so long ago, there might not even have been an indie scene. No Valve, no indie scene, no Axiom Verge. Before I signed with Epic, my business partner Dan Adelman spoke with Valve and explained our thought process. Although they were disappointed not to have Axiom Verge 2 at launch, they understood that this was the right decision both for this game and my family.”