Back 4 Blood is the most fun I’ve had in a co-op multiplayer shooter in years. Then again, it’s the game I’ve been waiting for since Left 4 Dead 2 graced PCs over a decade ago – and I get the sense I'm not alone in this. From a distance, Back 4 Blood could be seen as merely more of the same, but by incorporating mechanics from roguelike deck builders it ensures that no two runs are the same; it’s got tons of replay potential. And it doesn't hurt that the gouging, slashing, and shooting is as satisfying as ever.

I teamed up with three fellow 'cleaners' to take on the first couple of acts from the campaign during a recent sneak peek of the beta – which you can get access to now by pre-ordering here, coincidentally. We had so much fun that we decided to bring the band back together a few days later to do it all over again.

Instead of booting to a main menu, Back 4 Blood drops you into a hub where you can mess around with its many guns and attachments, tinker with loadouts, and cobble a lobby together. In the game's big innovation on its predecessors, you can also select a deck and customise it here, which is thankfully not as complicated as it could've been. Decks comprise 15 cards, each of which grants you a perk if drawn and selected at the start of a level. Everyone has a starter deck for the campaign, and you can purchase new cards to shuffle into said deck with supply points that you earn by completing levels and challenges. These aren't game-altering, but the ability to leech some health with every melee kill does subtly nudge you toward a different playstyle.

Corruption cards, on the other hand, can completely change your campaign run, randomising every level with a mix of gameplay modifiers and challenges. In one mission our cards changed the weather to fog, made regular zombies faster, and required us to complete the level without triggering security doors, disturbing wildlife, or alerting a special zombie called the Snitch. These challenges grant heaps of copper if completed, which you can spend on gear between missions. It’s a powerful incentive to take the challenges seriously, so the corruption cards you draw may oblige you to take a drastically different approach from one level to the next. 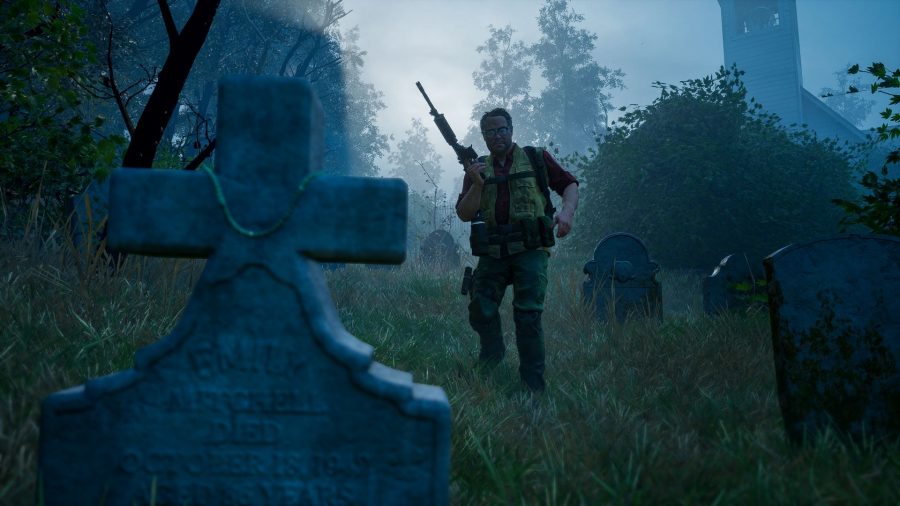 First thing’s first, though. Before starting the campaign, we choose our characters, each of whom have more unique perks. I choose Holly for my first run as she starts with a nail-studded baseball bat affectionately named ‘Dottie’. She’s a little more resilient than the others and recovers stamina with every kill. I later try Walker, a sharpshooter with more powerful bullets, and further accuracy and damage bonuses upon precision kills.

This cast has plenty of appeal beyond the perks they bring to the table. They feel like real characters with their own motivations and goals. Hoffman, for example, clearly has some hang-ups about his father and is focused on proving to himself that he can survive in this post-apocalyptic world on his own. They’re charismatic, too, and I find Holly’s unerring optimism, and occasional cockiness, brings a smile to my face with every quip and interaction.

Of course, what kind of co-op zombie game would Back 4 Blood be without some recognisable and horrifying monsters to battle? I want to be disgusted, and Back 4 Blood obliges. The Reeker delivers a rapid onslaught of melee strikes, the Retch’s weapon of choice is puke – charming – which can coat your allies, slowing them down just in time for another bloated monstrosity, the Exploder, to show up and burst into a concussive tangle of giblets and goop. Then there’s the Hocker, and with a nondescript but ominously onomatopoeic name like that, you already know this one’s going to be gross. This putrid critter spit-vomits its phlegm at you, pinning you in place, which is practically a death sentence. 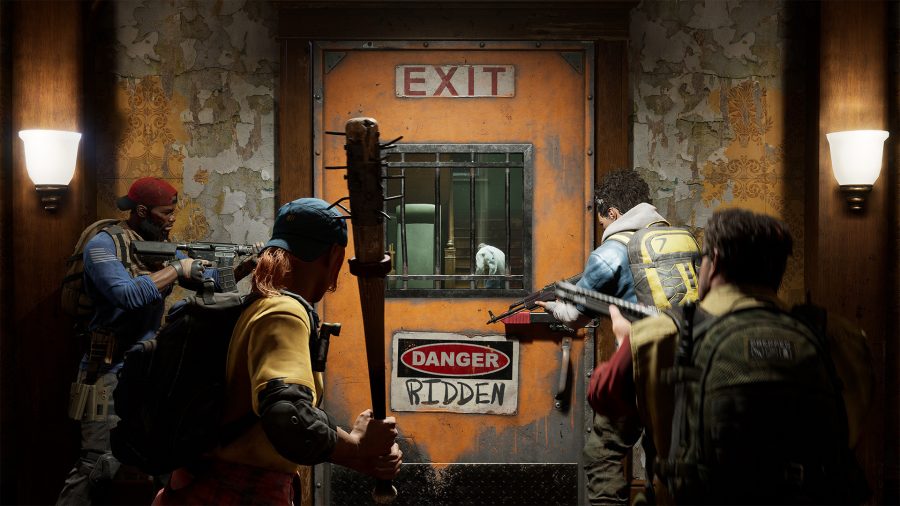 Levels are similar in structure to Left 4 Dead and we soon get into a comfortable groove as a team, though our ventures aren’t always successful. This is largely our fault: I’ll admit I haven’t yet got the knack of deploying my minigun turrets to best effect. The gleeful chaos, set to just the right degree of challenge, is sharply updated for modern sensibilities while remaining comfortingly familiar.

I want to be disgusted, and Back 4 Blood obliges

But what’s this? Early on, I notice a door bearing a hastily painted target circle. I unlock it with a toolkit I picked up to find a treasure trove full of supplies, ammo, and attachments for our guns. These attachments, along with the aforementioned perk decks, are what advance Back 4 Blood in a big way. I don’t fully appreciate it until the second act, when one of the party finds an ‘epic shotgun’. Nobody else seems to want it, and while I have become rather attached to my souped-up assault rifle, the shotgun’s tempting purple glow is too much to resist.

I don’t regret succumbing. I’m flabbergasted by just how busted my new toy is and I’m soon laughing like a maniac, shredding undead with impunity from greater distances than any shotgun wielder has a right to. Our team’s sniper is less than impressed. 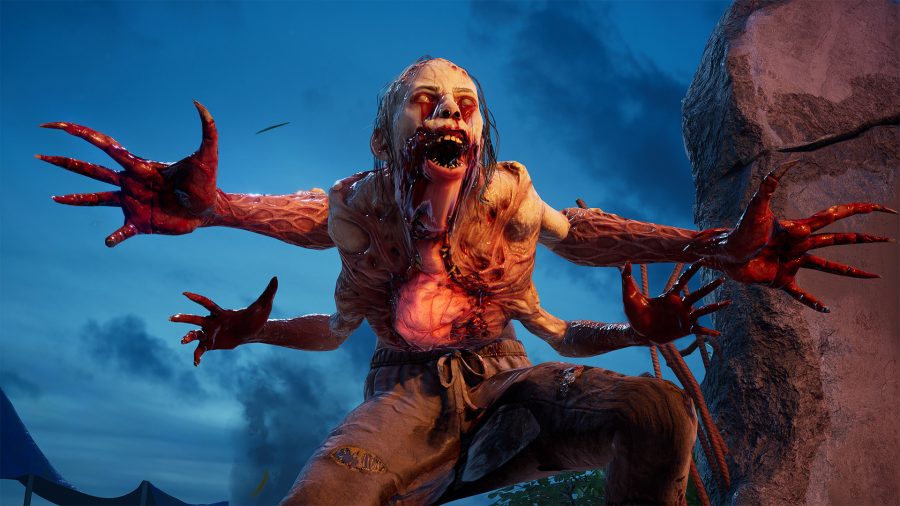 I’ll admit I always had one foot on the hype train for Back 4 Blood, as it was presented from the start as a reinvention of one of my favourite game series ever, with the involvement of some of the original devs. But even with high expectations, I’m more than impressed by what I’ve seen so far.

Weapon attachments, a little light deck building, and corruption effects have added such replay value – and sheer chaotic fun – as to make the formula that defined this genre even better. This is only a beta and our final verdict is very much pending, but right now I want nothing more than to hop back in for yet another campaign run.

You can pre-order Back 4 Blood here to gain early access to the beta now, or wait until August 12 to check out the open beta.