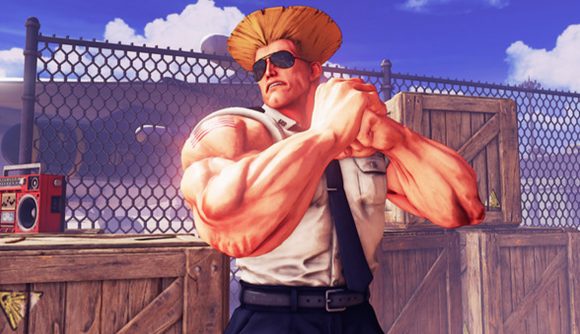 We’re seven days away from the hottest weekend in fighting games, and Street Fighter is no longer the top game at Evo. While the fighting game community has (mostly) come around on Street Fighter V, you might wonder if it’s time for Capcom to cut and run to the next major entry in its flagship fighting series. According to the face of Street Fighter, that’s not happening soon.

“I don’t have Street Fighter 6,” series executive producer Yoshinori Ono tweets. “Who ever said so? Our mind is only in one place, Street Fighter V Arcade Edition work!” Then there’s a winking smile, and a picture of a desk filled with Street Fighter games and Ono’s trademark little Blanka toy.

Evo frequently serves as the venue for major fighting game announcements, but it looks like a new Street Fighter sequel won’t be among them. Street Fighter V’s fourth wave new characters kicked off earlier this year with Kage, but the game has apparently ditched the traditional season pass model, so we don’t yet know what will follow.

Ono did suggest earlier this year that new info on SF5 would come in August, so it’s safe to expect something at Evo – just not a whole new game.

Most importantly, this means our list of the best fighting games on PC remains current, so take a look if you need a competitive fix.