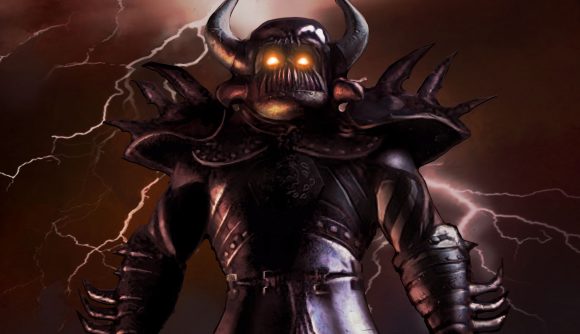 CRPG and Dungeons & Dragons fans, rejoice! The game you have probably spent many days and nights longing for is coming. Baldur’s Gate 3 will be a faithful adaptation of the tabletop’s fifth edition rules, set at the current moment in its story, according to Swen Vincke, founder and head of the game’s developer, Larian Studios.

The game, developed by the studio behind Divinity: Original Sin, is designed to be a contemporary Dungeons & Dragons game, jumping into the most up-to-date ruleset. In an interview with PCGamesN, Vincke confirmed that Baldur’s Gate 3 based on the fifth edition and set “directly after” Baldur’s Gate: Descent Into Avernus, the recently-announced tabletop campaign from Wizards of the Coast, due to launch September 17.

It sounds like the game, however, will feature just enough little tweaks to draw the best out of the material for its PC players. Vincke said the creators approached the project by working out “the rulesets very meticulously and then seeing what worked and what didn’t work. For the things that didn’t work, because it is a videogame, and D&D was made for playing as a tabletop game, we came up with solutions”.

He added “the cool thing is that there’s a lot of what makes D&D D&D that survives the translations, so I think that if you like Dungeons & Dragons, and you want to play Baldur’s Gate 3, you’re going to be happy”.

The key to its faithfulness to the source material may lie in the collaboration between Larian and Dungeon & Dragons’ creators Wizards of the Coast in creating the game. Vinkce says the two teams “worked on it together, so the principal writer of [the Descent into Avernus] campaign came to Ghent for quite some time and we spent a lot of time at the Wizard offices. So, if you play that campaign […] you’ll see references to that in Baldur’s Gate 3”.

Vincke also revealed that the game will be coming to PC and the new Google Stadia streaming service, so it looks like fans itching to get their orcs and elves stuck into some serious questing soon will have multiple platforms to try out. Better start getting your party nailed down now, then. Check out more D&D games on PC.