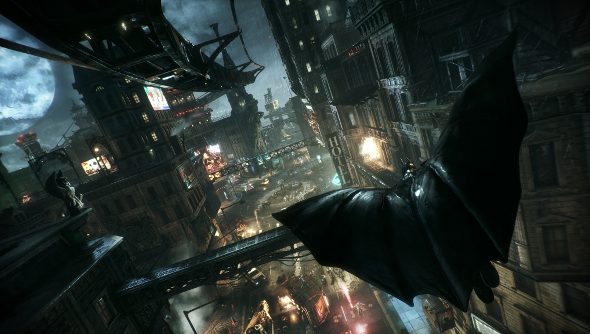 Batman gets to have all the fun, doesn’t he? Punching tough guys, flying around, driving well over the speed limit, putting Poison Ivy in car jail. And he manages to do all of that in the space of seven minutes in the latest Arkham Knight trailer, which you can watch below.

It’s a slick trailer and, you know, I think I’ve come around to the Batmobile. I mean, don’t get me wrong, I love all of Batman’s ridiculous vehicles, but driving around shooting at tanks just doesn’t strike me as very Batman. Now I’m not sure if I really care, because damn it looks like a hoot.

Not as much as a hoot as flying across the Gotham skyline before smashing through a sunroof and kicking the crap out of a bunch of thugs, but still, it does look like good times all around.

Batman: Arkham Knight is due out on June 23rd.