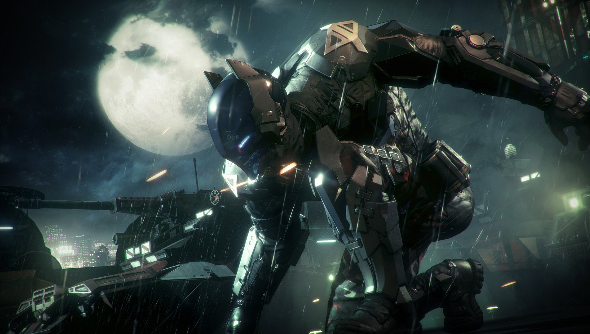 When Batman: Arkham Knight launched on PC last month, it didn’t hang around for long. Thanks to being nigh on unplayable, the game was quickly withdrawn from sale to allow developer Rocksteady more time to bring the game up to acceptable levels of performance. But it turns out that Rocksteady aren’t the only guys working on fixing the game: Nvidia’s GameWorks and Quality Assurance teams are helping out too.

Talking to MMORPG.com, Nvidia engineer Tom Peterson explained that the work being done by the graphics company wasn’t just related to Nvidia technology, but the whole game in general. “We’re fixing a ton of things that are not necessarily related to us. Some may be related to our driver, maybe not, but at the end of the day, the game is the focus, and we’re going to make it good,” he explained.

“They made a few mistakes in getting the game out, it wasn’t fully performance-optimized for PC. So now we’re deploying our QA resources and our engineers to make that game as good as it can possibly be,” Petersen said. “And I gotta tell you, on the releases I’ve seen, it is a fantastic game. It plays great, it’s a ton of fun, the effects are amazing, and I’m pretty sure when Warner Bros. makes it available on Steam again, that people are going to be delighted.”

Interestingly, Peterson explains that Arkham Knight won’t be a special case for them. If another game with similar performance issues is released, he suggests that Nvidia would aid the developer in making the game’s performance acceptable. “When a huge title like that comes out [and] it’s got problems, we’re going to dive on it. We’re going to apply our resources. And it’s the same guys, it’s the GameWorks guys, it’s the QA guys, that are getting in there and looking at the port and trying to figure out what’s going on.”

Despite the extra helping hand from Nvidia, publisher Warner Bros. still doesn’t expect the game to return to sale for a few months yet.