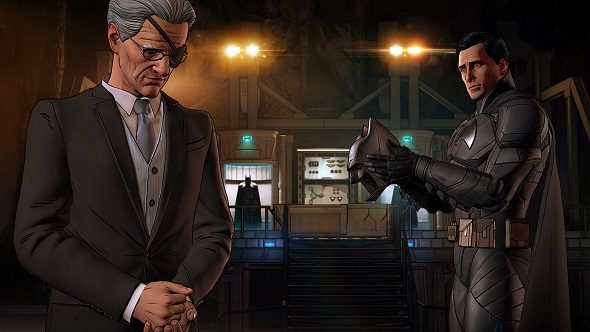 The choices you make in Telltale’s games can often be the deciding factor for how good they are – when implemented well, they’re impressive examples of flexible storytelling. If done badly, it all feels a bit pointless. For Batman: The Enemy Within, it looks like Telltale have listened to criticisms, and are trying to improve things by using your decisions to influence one of the characters on the sidelines: the Joker.

For some games to pass the time until this comes out, try some of the best free games on Steam.

In the story, he’s currently called John Doe, but he’ll eventually grow into the Joker as a result of the conflicts in this series. The character of the Joker is, typically, Batman’s foil, the antithesis of his morals, and so the aim here is to create a Joker who is the perfect foil to your Batman.

This has all been teased on the PlayStation blog, which also includes a new launch trailer for the first episode’s release on August 8. You can watch that above, which also has a few more glimpses at the baddie in this episode, The Riddler.

Telltale are also hoping to meet the expectations from some fans of longer episodes with more variety. To do that, this episode is going to be just over two hours long, with “more puzzles, more dynamic choices in the middle of the action, and more consequence to each choice.”

Also, Amanda Waller, the best DC Comics character, is in this Telltale series, which makes it objectively the best series they’ve done. Probably.

{"schema":{"page":{"content":{"headline":"The choices in Batman: The Enemy Within will culminate in you creating your very own Joker","type":"news","category":"batman-the-enemy-within-the-telltale-series"},"user":{"loginstatus":false},"game":{"publisher":"Telltale Games","genre":"","title":"Batman: The Enemy Within - The Telltale Series","genres":[]}}}}