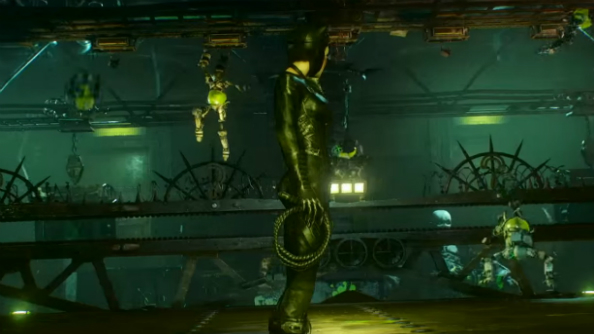 It may have suffered from one of the most catastrophic ports in recent PC history, but new Batman: Arkham Knight DLC keeps on a comin’. Today Warner Bros. and Rocksteady have released a hefty new batch of November content, which includes new story missions for Catwoman and Robin, plus fresh skins based on the upcoming Affleck-tastic Batman v Superman.

Batman: Arkham Knight was a good open-world game with a terrible PC port. Here are the best PC sandbox games that thankfully got good conversions.

If the idea of the Gone Girl and Argo actor playing the Dark Knight only partially sickens you, then you may well be interested in the Batman v Superman Batmobile Pack. This add-on includes skins based on Affleck’s Batsuit and the movie’s Tumbler-esque take on Wayne’s legendary car. If you’ve bought the game’s season pass – wow, you must really like Batman – the pack is available to download today. But if not, you’ll have to wait until December 1st.

Today also sees the release of two new Arkham Episodes: Catwoman’s Revenge and Flip of a Coin. The former follows the whip-cracking vixen as she looks to enact sweet vengeance on the Riddler after that whole ‘night of increasingly elaborate torture’ thing. The other focuses on Robin’s efforts to stop Two-Face’s latest money laundering scam. Both episodes also include two new AR challenge maps.

If you’re really desperate to splash more money on a game that will never offer SLI support and still requires ludicrous amounts of RAM to run properly even after several hefty patches, then the following additional DLC is also now available on Steam: