Battlefield 1944 producer Joe Brammer sighs. “If I hear ‘boots on the ground’ one more time, I’m gonna lose it.”

He is, of course, referring to the repetitious marketing campaign of Call of Duty: WWII. Brammer is in charge of the other upcoming FPS set during that conflict – one that he hopes will evoke a similar sense of nostalgia in shooter players of a certain age.

In fact, Battalion 1944 takes things further than Activision’s COD reboot, reviving and reversing mechanics so that its combat resembles Wolfenstein: Enemy Territory more closely than it does recent shooters. But to dismiss Battalion as a throwback would be a disservice. In fact, developers Bulkhead have created a hybrid that cannily pulls from across the landscape of FPS games. Here’s how.

Read more: the finest first-person shooters on the PC. 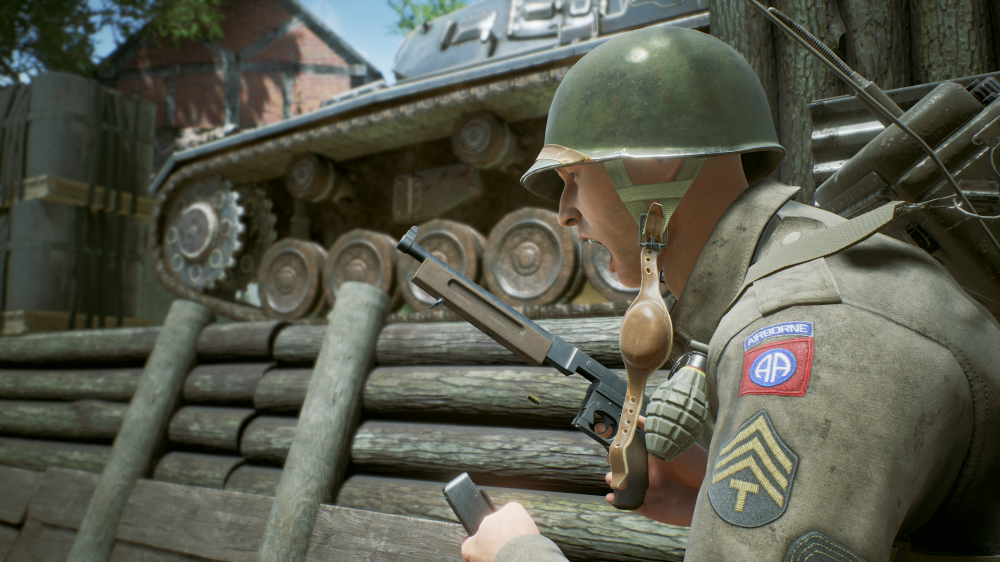 M1 Garand. Kar98. Thompson. Lee Enfield. The weapon selection screen of Battalion 1944 alone is enough to elicit wistful sighs from PC gamers over the age of 25. The feeling is a strange one: these guns belong to a terrible part of real-world history, but they are also connected to a particular period in late ‘90s and early ‘00s pop culture.

“Anyone who’s seen [Saving] Private Ryan already has a basic understanding of what weapon is what,” Brammer points out.

Yet that familiarity has not stopped Bulkhead cherry-picking from Call of Duty weapons across the past decade. The MP44 and BAR in Battalion 1944 may resemble their early ‘00s counterparts, but they fire more like the AK47 in Modern Warfare, since that is what the studio preferred. The SMGs, meanwhile, blend the skill-influenced spray patterns of Modern Warfare with the classical spirit of COD 2.

“Really, those guys at Activision and Infinity Ward did such an amazing job with those games,” Brammer says. “It’s not looking at what they do and ripping it out, it’s looking at why they did it that way. Because then you can find out how to do it better. If you copy it, you’re just moving sideways – we want to move forward on it.” 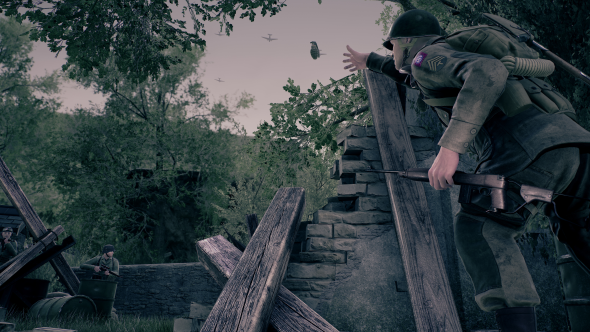 Ever since Bad Company, DICE have played with the idea of destructible terrain: maps that can be taken apart shell by shell. Play Battlefield 1, and you need to be aware that very little is forever – that, eventually, much of the level will be reduced to rubble around you.

“I find now that by the end of the game you’ve got nothing left to hide behind,” Brammer says. “That feeling of being surrounded is ever more present, and vehicles become more dominant. It’s not the competitive experience I’m looking for.”

Instead – and, given their modest budget, more sensibly – Bulkhead have plumped for solid, unyielding environments: French villages that implausibly withstand any onslaught. There is something to knowing where your favourite vantage spot is, and where the choke points will always be found.

“For us, being able to practice, plan, and obtain knowledge of areas of the map is a massive part of skill-based shooters,” Brammer explains. “Dynamic environments are great for Battlefield, which is great for large scale stuff. But for us it’s about set-pieces everywhere.” 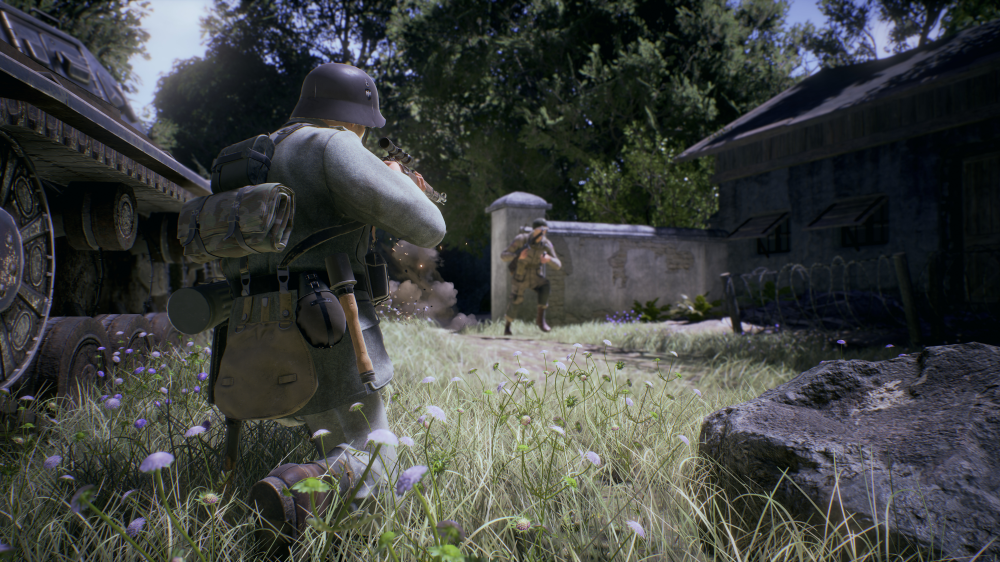 “The Call of Duty games originally were so fun because you didn’t have weapon-saving,” Brammer laments. “While weapon-saving at the end of a round works for Counter-Strike, it’s also a massive buzzkill for the fans watching.”

The phenomenon he is referring to finds Counter-Strike players ‘saving’ the value of their weapon by staying alive until the end of the fight. The mechanic encourages hiding in the closing moments of a round, rather than taking a risk, so that an equipped weapon can be carried over to the next round.

Battalion has no similar mechanics, and that minimalistic approach works in its favour. In the closing moments of a round, as the timer runs down, players tend to cluster together in pursuit of that last kill – ending the match in a bloody climax.

“You put everything on the line for that one round, just because there’s nothing to save or wait for,” Brammer says. “You have to win. Everyone sees the guy above them on the scoreboard and they go aggressive. They stop the passive play. That’s the kind of exciting crunch moment that makes you play harder and better. That’s what Battalion’s looking to recreate – the raw power of FPS games.”

Battalion 1944 might not be able to boast Levolution, or skinner box progression systems designed to keep you hooked into its multiplayer. But actually, that might come as a relief: there is a simplicity here that promises to satisfy long after the nostalgia fades.