Esports are getting harder and harder to crack, especially if you’re a small shooter with a limited budget. But the guys behind Battalion 1944 – an FPS that blends a competitive focus with the old-school feel of Call of Duty 2 – say they have a plan.

Pop some heads in the best FPS games on PC.

Speaking with Esports Pro, producer and designer Joe Brammer describes Battalion 1944’s competitive mode as equal parts Counter-Strike, poker, and classic Call of Duty (‘classic’ in this context means before Modern Warfare). A card system will decide your loadout, which will reset at the end of each round whether you live or die. This should mean less passive play, with players trying to preserve their equipment by staying alive, and more aggressive clutches.

The card economy’s limitations on your equipment incentivises smart choices from round to round. If you know your opponents are running low on rifles, you might anticipate them rushing you with SMGs. In response, you might cash your shotguns, winning the close-ranged fights and thus the round.

“This is like an economy, instead of having a buy menu,” says Brammer. “We’re effectively doing the economy backwards, where you get given all of your cards at the start and each one is a class, a grenade, a sniper, a sub-machine gun.” 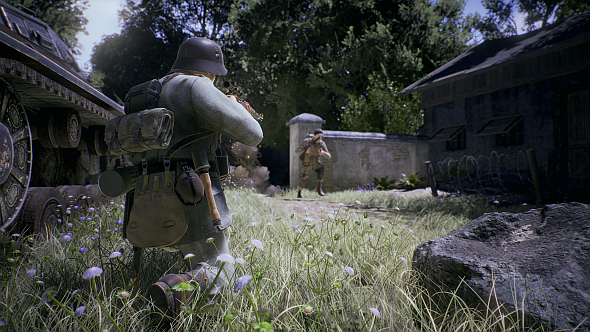 So it’s a shooter that aspires to competitive depth. What of esports? Conversations with “all the right people,” such as ESL, are happening, but Brammer is careful to manage expectations.

“It’s always scary to say [that] word, because people associate it with failing games. Unfortunately you look at guys like ShootMania who say, ‘we’re the next esport,’ but then it didn’t go anywhere. That’s tough.

“We look at PUBG’s model instead. They never planned it as an esport, but the community wants it to be an esport, and so that’s what’s happening. That’s how it is with esports. If your community want it, it’ll happen regardless of what you want.”

And whatisthe Battalion 1944 community? A new generation of players, raised on modern COD, who have never experienced the simple, movement-focused, competitive gameplay of the franchise’s earliest days.

“I had someone come up to me at a show and say ‘I love those old school Call of Duty games, like Modern Warfare 2’,” says Brammer. “I love Modern Warfare 2 as a console game, but it’s not all that Call of Duty has ever been, and all of these players have never experienced older titles, and even things we take for granted, like Quake’s strafe jumping and Call of Duty’s earlier focus on movement.” 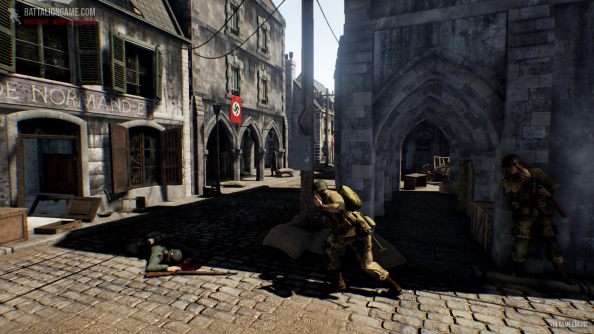 The core of Battalion’s gameplay is nailed down, but a firm release date still isn’t set.

“I can’t say when we’re coming out,” says Brammer. “But I can say it’s early 2018 and it’s looking good. You may see some scary things from us soon that will surprise a few people but all I can say is look out in January, we’re gonna make some noise.”

There’s plenty more inthe full interview over on Esports Pro. Battalion 1944 has a Steam page and has opened for periodic alpha testing, so keep an eye out.