After launching far more complex applications in the last couple of years, Blizzard have finally got around to making a Battle.net phone app that lets you keep track of who is online and what they’re playing. It isn’t going to snap the Earth in two with shocking new features, but it does let you message guildmates while out and about.

Speaking of in-game, here’s all the hints dropped in WoW patch 7.3.2.

There’s been almost no fanfare, with Blizzard slipping it onto the Android and iOS stores on the down-low. I’ve downloaded it this morning and it seems to all work after a quick login. Minor as the features are, it’s exactly what I need during more hardcore raid times.

The store page description advertises adding, talking to, and seeing friends, as well as it being available in most major languages:

Here’s how it looks: 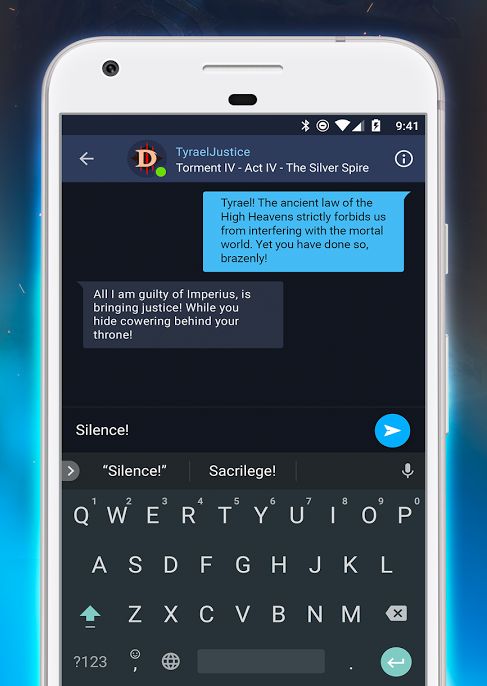 Sure are a lot of fours in that Diablo reference. Hmm.