Update, October 5: Blizzard have made all the new Battle.net features official, and they’re now in public beta.

It seems all that leaking got Blizzard shook, because they’ve gone ahead and announced all the new Battle.net features and made them available – in beta form, anyway.

Will you be starting Destiny 2 at its PC launch? Get up to speed with our Destiny 2 beginner’s guide.

As two rounds of datamining have revealed, the new additions to Battle.net include groups and profiles under the banner of a new Social tab. Groups, again, work pretty much as they do in clients like Discord, allowing you to open multiple text and voice channels within each group. Profiles offer game histories, bios, avatars, and the option of tying in social media accounts. These features are available in beta branches for the Americas region.

Of course, appear offline is the thing everybody’s been awaiting, and it works pretty much as you’d expect. The only note you’ll want to watch out for is that this appears to only affect status at the Battle.net level. In-game statuses, like those for guilds and character-level friends in WoW, will still show you as online. 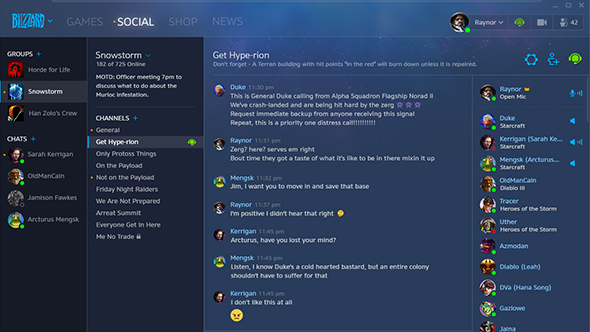 If you want to check out the new stuff, sign into Battle.net, hit up the app settings, open the Beta tab, and click “Switch to Beta Version.” Now your loved ones never have to know how late you were up playing Hearthstone.

Update, October 5:Another round of datamining has revealed just what the new features coming to Battle.net will look like.

Evidence of an incoming update Battle.net is mounting, with a datamined set of screens revealing how groups will work and the existence of profile features coming courtesy ofWowhead.

Profiles will work pretty much like they do on any other game client, letting you select an avatar and bio while offering a list of recently-played games. You can link your social media accounts and decide how visible this all will be to other players.

As the strings uncovered last week imply, groups will function pretty similarly to how they do in Discord, with individual channels letting you separate discussions inside of larger communities. 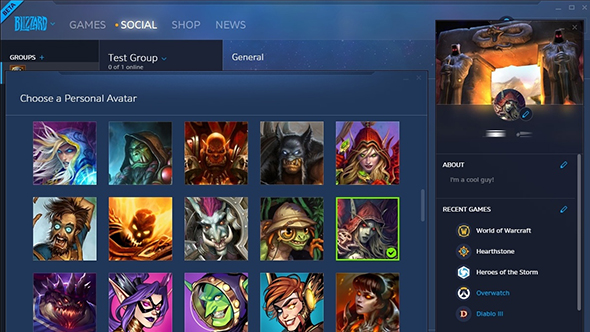 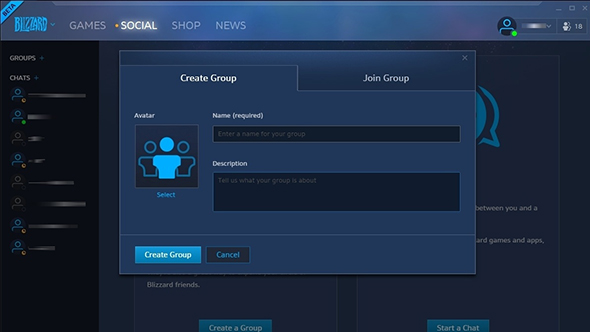 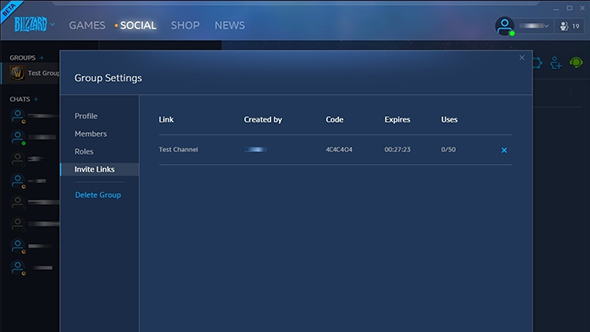 It all looks pretty snazzy and, alongside the prophesied ‘appear offline’ feature, should prove a welcome expansion for Battle.net, particularly as more non-Blizzard games start to take advantage of it.

Original Story, October 2:It looks as though Blizzard are planning to introduce IRC/Discord-like groups to Battle.net, as well as – finally – an Appear Offline option. The boss of community site MMO Champion has posted a number of code strings, apparently datamined from Battle.net, describing several new functions.

Here’s the thread. The new functions seemingly include Discord-like groups with member roles, as well as an option to appear offline:

Mention of an ‘appear offline’ function was first made in an ancient prophecy, in a time then known as September 2012. No-one alive today can remember when Blizzard said the prophecy would be fulfilled, other than “soon.” I guess everything’s relative.

Below the strings are a number of group icons and user avatars inspired by Blizzard games, but not only Blizzard games: Destiny 2 characters such as Cayde-6, Amanda Holliday, and Dominus Ghaul are also among them. It’s quite possible that Battle.net’s upgrade is being prepared for Destiny 2’s PC release on October 24. If not, expect it before BlizzCon next month.