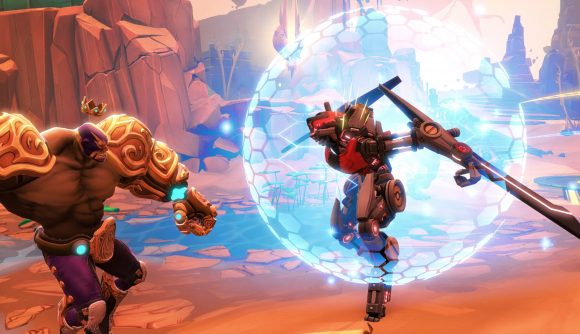 Battleborn is one of Borderlands developer Gearbox’s less successful ventures, and it was little surprise when it was announced back in 2019 that the game would be shutting down. The official end is coming later this month, and if you ever wanted to see the game first-hand, this is your final chance: Battleborn will be completely unplayable once the servers are shut off.

Battleborn will be unplayable as of January 25, 2021, when the servers shut down, including any single-player options. “Once the servers are offline,” publisher 2K explains, “Battleborn won’t be playable in any way.” If you don’t already own it, the only way to pick up Battleborn would be through a physical copy – the game was removed from digital storefronts in November 2019, and its microtransaction currency was disabled in February 2020.

The PC version of Battleborn currently has about nine players, according to SteamDB, so it’s not looking like there’ll be a robust community shedding tears here. But it’s still distressing to see a piece of gaming history, however small, disappear entirely.

Perhaps the real hobby-grade future for Battleborn will come when a group of enterprising modders figure out how to get the game working again in another decade.

If you want some multiplayer games you can actually play in 2021, you can follow that link.