EA and DICE might be having a rough time with a certain other multiplayer shooter that has the initials “BF,” but don’t forget that Battlefield 1 is still trucking along, funding continued development with a monetization plan we didn’t all collectively freak out over. That plan is made up of DLC and map packs, and the latest expansion now has a release date.

Check out all the best FPS games on PC.

Turning Tides will deploy the first part of its content on December 11 for Premium Pass owners, with two maps: Cape Helles and Achi Baba. A new operation taking place across both maps will showcase the 1915 British assault on the Gallipoli Peninsula. Additionally, six new guns and two new melee weapons will expand your arsenal, and the new L-Class Destroyer to control. The content will be available for everyone two weeks later. 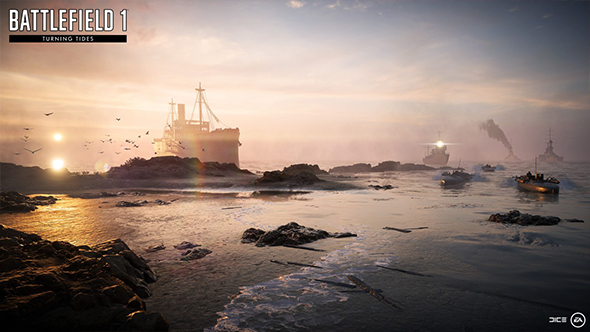 But the new expansion is getting split, and the second half will release in January. This will feature Zeebrugge and Heligoland Blight maps, the option of playing the Royal Marines, and spawning aboard a C-Class Airship.

If you want to get into post-release Battlefield 1 content, now’s an especially good time, with the Premium Pass available at a steep 73% discount on Origin. (Incidentally, Titanfall 2 is also on sale this week, and you should really check that one out.)