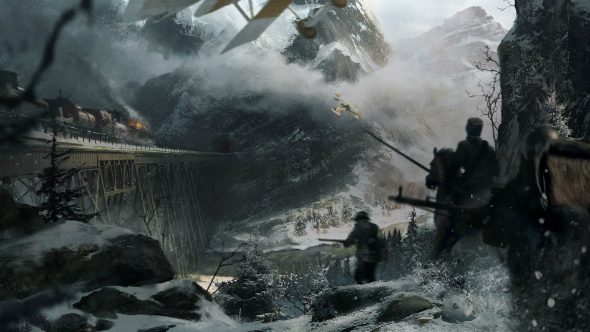 True to history, Battlefield 1 will feature female combatants in the upcoming ‘In the Name of the Tsar’ DLC. The add-on for 2016’s critically acclaimed shooter takes the fight to the eastern front where famously there were 15 all-female battalions, including the feared 1st Russian Women’s Battalion of Death. This makes Russia  unique, as the only country at the time to deploy significant numbers of women in combative roles, as opposed to auxiliary ones such as cooks, medics and mechanics.

Get your ears ready for all that carnage with our list of the best gaming headsets.

Back in October, DICE hinted at the inclusion of female fighters, along with other cool stuff like submarines and camels, in an art book that chronicled the game’s development. This came after learning the idea had beenscrappeddue to an apparent belief amongst Battlefield 1’s project leads that female soliders didn’t appeal to the game’s audience of boys. But it seems the Swedish studio have made a U-turn and we’re pleased to report that we’ll soon be able to play as some hard-as-nails Russian women.

Previews of the DLC show us a couple of new maps, including the Battle of Galicia and Operation Albion, both real life offensives. It’s likely that we’ll also see new game modes and vehicles, based on past experience with DICE’s DLC. Beyond that, we’ll have to wait until EA Play on June 10 for any more solid info.

You can pick up a digital copy of Battlefield 1 over at Origin, where the Ultimate Edition contains all of the DLC, present and future. Head on over to the original PVP Live article for some snaps from the aforementioned art book.