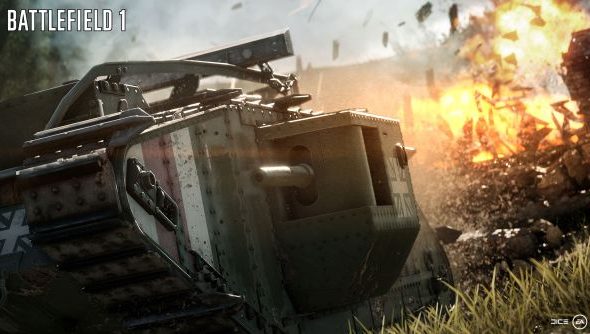 Battlefield 1 takes things way back, beyond what can be described as the ‘old school’ that is the WWII setting, to the cataclysmic days of World War I, and the birth of modern warfare.

Here’s the Battlefield 1 release date, and everything else we know.

The game’s creative director, Lars Gustavsson, believes the new ‘Operations’ system will make multiplayer matches in Battlefield 1 more of a “journey” than the isolated battles we’ve been used to.

Where until now Battlefield’s (and most other online shooters’, for that matter) battles would take place on individual maps, ‘Operations’ takes historical campaigns from World War I and integrates them into the fabric of the game.

“The concept of operations is about the different frontlines that were fought during the War,” explains Gustavsson. “We used that to make the multiplayer experience more of a journey where you play through a full operation of several maps – sequential battles.”

The map I played on for example, St. Quentin Scar, is just the first of two maps in one of these operations. It takes place in the autumn of 1918, when the Germans went on the offensive to try and take the town of Amiens. I didn’t realise as I was playing it, but from the map you can see the cathedral of Amiens in the distance, which is where the match will progress to should the attackers win the first battle.

“Instead of a match without any context, we wanted to offer a reason for being there, a reason for fighting and the context for continuing to push towards your endgoal,” says Gustavsson. 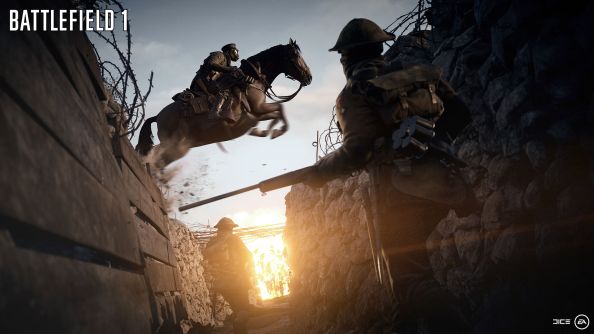 Another operation, Iron Walls, takes place in the Alps, where the Italian Kingdom is trying to push out the Austro-Hungarian forces (and there you were thinking that WWI was all Belgian fields and trenches…). In this campaign, if the attacking team succeeds in pushing through the besieged alpine forts, you push the defenders down to the coastline, at which point the next battle, called Empire’s Edge begins.

It sounds like an excellent idea that gives a narrative and historical context to the battles. What happens should the attackers lose the first battle. Is it just game over at that point? Nope, that’s where another one of Battlefield 1’s standout features comes in.

“Should you fail, you get reinforced with one of the behemoths. Depending on which operation you’re doing, this might be the dreadnought, the armoured train, or the zeppelin,” said Gustavsson. So essentially the first battle ends, but then ‘reinforcements’ come in for another battle on the same map, albeit now aided by a formidable mechanised war machine, and with the battlefield being reshaped by all the destruction (now more dynamic and directly responsive to players’ bombings, artillery fire and rockets) of the previous battle. 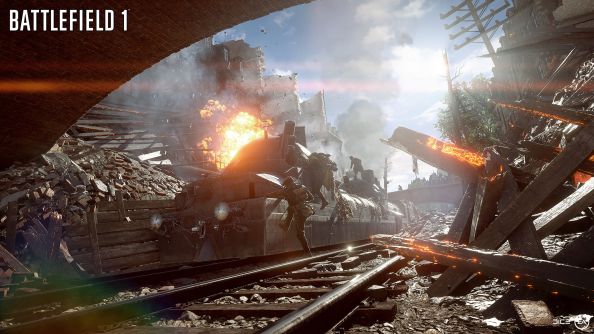 Gustavsson wants this element in the game because of what he describes as EA DICE’s mantra: “If we give rewards to the winners, it creates an imbalanced game, so we preferred to let the losers retry in the same area – now with a behemoth and all the scarring and damage from the previous battle”.

The operations offer a welcome depth to this new (yet old) chapter in the Battlefield saga, and the focus on supporting the losing team for the sake of keeping things competitive is a mantra I can get onboard with, and that a certain other major war shooter should take note of…