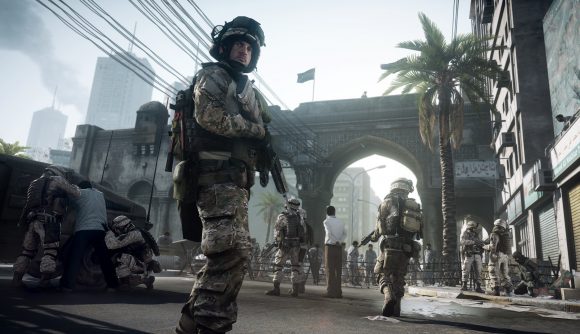 Amazon has revealed what goodies are on the way in December for those subscribed to Prime Gaming. There is a good mixture of genres in the batch of free games this time around, which proves handy as I imagine plenty will be getting stuck in over their Christmas breaks closer to the end of December.

One of the more prominent names on the list is EA and Dice’s war game Battlefield 3. It’s been out for nine years, but it comes with all the trimmings you’d expect – from multiplayer to a campaign. If you’re looking for a free alternative to Call of Duty: Black Ops – Cold War, it could be the move.

There are plenty of other free games on the way, too. Close to the Sun is a first-person horror adventure game set during a second era of scientific enlightenment where the mind and inventions of Nikola Tesla have shaped the 19th century. There’s also Turmoil, a tongue-in-cheek simulation game about the 19th century oil rush in North America. Elsewhere, you have dungeon crawler Wizard of Legend, turn-based strategy game Sigma Theory, and arcade game HyperDot.

It’s worth noting, though, that you have until December 11 to pick up Aurion: Legacy of the Kori-Odan, a game from a previous month. Free games give; free games take away.

If it’s free goodies you’re here for, there are plenty more of them. You can get a Frozen Pack for Immortals Fenyx Rising that includes a helmet, outfit, wings, and campaign horse. Or, you can shoot for Watch Dogs: Legion’s Nerdcore and Futurist outfits. There’s also an opportunity on the horizon to snag the Thatcher Gladiator Full Operator set in Rainbow Six Siege.

If you’re a subscriber, you can claim these goodies and more in-game loot by heading over to the Prime Gaming Loot page and signing in with your Amazon account. If you have not not signed up, you can do so there, too.