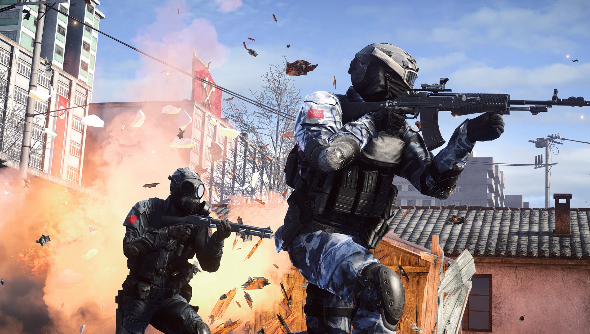 Despite Hardline turning up earlier this year and demanding it be the new Battlefield, DICE are not giving up on Battlefield 4 it would seem. The Spring Update is pretty huge, and it will be rolled out for combat tomorrow.

The full details on the Spring Update were revealed last week, and we can expect to see not only patch-staples like re-jigged weapon handling, but also a whole new mode in Gun Master.

The Spring Update needs a bit of time to apply, and so DICE will be shutting down servers worldwide for an hour on May 26th. The hour will commence at 08:00 UTC / 08:00 GMT / 01:00 PDT, so make sure your Battlefield 4 plans avoid that hour.

DICE have released no patch notes, but promise full details on the update will be released when maintenance is completed.