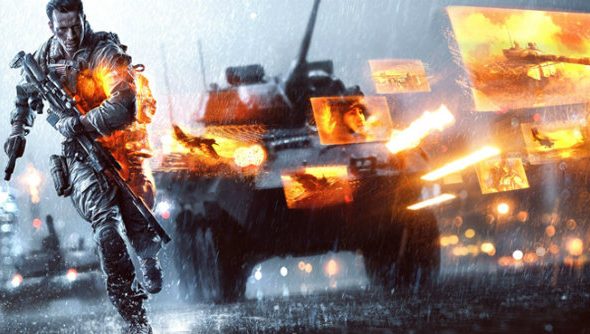 Battlefield 4 had a bit of a rough launch, but DICE are making up for it, rolling out updates and improvements still, almost three years after launch.

For more shootybangs, check out our list of PC’s best FPS games.

Once it’s rolled out for all three games, the UI update will allow you to “easily swap between” them, says the official release.

It’s all in the aim of making a more coherent experience across the series, so players don’t have to adjust as much when switching between games.

The update also adds some social improvements. One of the main features has been requested by fans for ages – the ability to squad up before a match and dive in together.

There are other tweaks promised, too, including a recommendation engine to suggest maps, modes, and more.

This new UI is currently rolling out in beta form in Battlefield 4 for a small audience, and more information on additional testing opportunities is coming “in the coming months”.