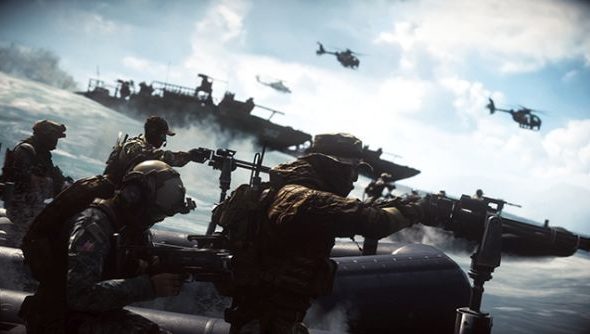 DICE is busy at work with the impending Spring Patch, but that hasn’t stopped trying out and testing new goodies to look forward to. On the CTE Servers, DICE are testing a new “Audio Obstruction System”, which will more accurately detect and modify in-game sounds depending on their origins and travel path.

It all sounds very complicated, but the video below the break decodes the inner workings so you can wrap your head around it.

It’s pretty simple in the end: sounds are modified to reflect different effects caused by objects and different materials. However, I’m sure the tech behind the system is far from simple.

In the end, this will make Battlefield 4 sound better and more accurate than ever before. As a game that came out in late 2013, it’s pretty awesome that DICE are still hard at work supporting it, and trying to further it so long after release.