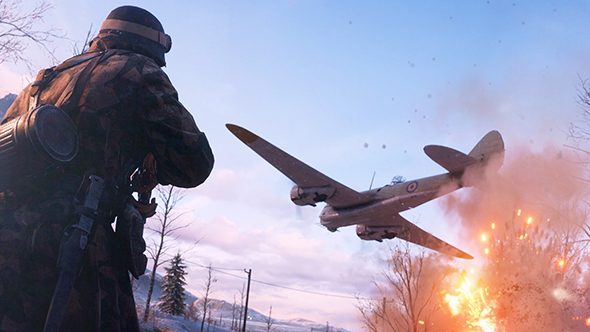 Update, August 10 Battlefield V is getting a second closed alpha, beginning next week.

Battlefield V is getting a second closed alpha, beginning next week. The game’s first alpha test took place at the end of June, but the dates for the surprise second set of testing were accidentally revealed earlier this week.

The test, which will begin on August 14 (but will be available for pre-load the day before) won’t offer much that players who had access to the first alpha haven’t seen already. EA say that the new test is built “directly” from that initial alpha, in a blog post that they published earlier today. That means no new maps, modes, weapons, or vehicles – you’ll be playing the same Norway-based map, and will have access to the Conquest and Grand Operations game modes that were initially available. However, EA says that “we have made some changes that we think will better cater to players across all play styles and skill levels based on how fast players scored points, and how quickly they progressed through the ranks in the first alpha.”

That means that there will be a few things that play out differently this time around. As well as progression, EA’s “made improvements to matchmaking,” and are continuing to test map, weapon, and vehicle balance. The alpha will also act as something as a stress test, with EA looking at “server stability, backend connectivity, and matchmaking.”

Sadly, this isn’t the surprise Battlefield V open beta that some people were hoping for, and if you didn’t have access to the first test you won’t be allowed in this time either. The beta is still scheduled for September, ahead of the Battlefield V release date in October. EA hasn’t specified how long the alpha will run – only that it will be available for “a limited time” following the August 14 launch.