The second in our Battlefield V: Unsung Heroes series sees the ever-reliable medic lend a healing hand to teammates scrapping on the snowy Norwegian map, Narvik. Arguably the game’s most altruistic class, the medic brings friendly forces back from the brink of death with medicine pouches and reviving syringes, and then deals the pain with a rapid-fire Sten gun.

It’s fun being a medic, but you have to steel your nerves. You don’t have the explosive acumen of the support class, the long-range mastery of the recon, or the punchy power of the assault. What you do have, however, is the ability to keep your team fighting fit.

In Battlefield V, combat roles enhance the medic even further. You can opt for the Field Medic role, which gives you additional requisition points when you heal teammates, and imbues your legs with faster sprint speed when spotting downed allies. Alternatively, Combat Medic toughens you up so you can hold your own in fights, sprint faster at low health, and perform better melee take-downs. The latter forms a potent combo with the smoke grenade: if you see an injured teammate, first secure the site with smoke, then use your enhanced melee to take on anyone who gets in the mix, before finally healing your friend. 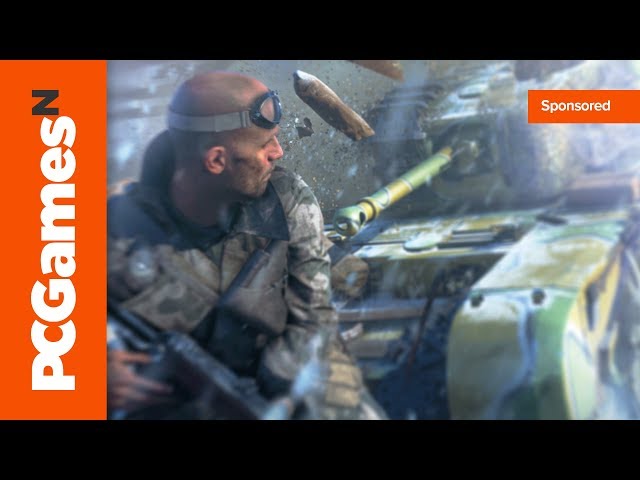 The more you play, the more equipment you’ll unlock. The medical crate is one such gadget, letting you tactically plant healing supplies in key areas rather than requiring you to throw them, so you can spread your healing influence throughout the entire map.

But however you decide to play the medic, you can bet a successful match will make everyone want to be mates with you.

We celebrate the contributions from all kinds of Battlefield V players, starting with the field medic; the class that gets wounded soldiers back in the fight.http://PCGamesN.2.vu/PCGNBFVSVEP2

Posted by PCGamesN on Tuesday, 27 November 2018

The second in our series of Battlefield V Unsung Heroes videos shows off many of the medic’s abilities. Watch as our warrior doctor fights through the snow to aid his squadmates, brings a fallen soldier back from the brink, and builds fortifications to help hold down a key location.