The green fields of France frame our latest Battlefield V: Unsung Heroes episode – or, to be more accurate, the airspace above them does. Here, brave pilots weave between the clouds in breakneck dogfights for air supremacy. Soaring fighters duck and dive as they trade cannon fire before finally landing the decisive burst that sends targets spiralling back to Earth.

You needn’t be a fully trained aviator to hop in the cockpit – in Battlefield V, any class can spawn inside an aircraft. If there’s one going spare, simply select it from the spawn screen, and you’re instantly ready to command the skies in one of DICE’s authentic single-seater planes. On the Allies side are manoeuvrable but fragile machines such as the Spitfire, while the Axis wields the equally fearsome Messerschmitt. 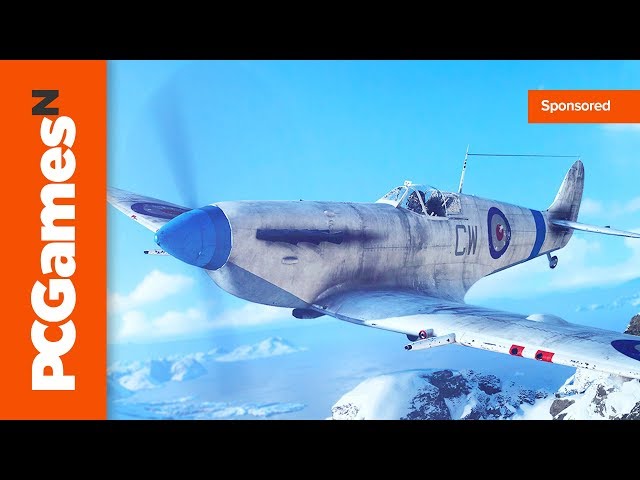 The biggest clash between RAF and Luftwaffe forces happened in Battle of Britain (July 1940 to June 1941), the first military campaign fought entirely by aircraft. In it, Hitler attempted to cripple the RAF before launching his land invasion, Operation Sea Lion. Of course, this particular episode takes place before all that, with the Germans still contesting France. There was plenty of aerial fighting to be done in and around the Low Countries, and if you happened to lose your plane, lots of scraps to join in on the ground, too.

We celebrate the contributions from all kinds of Battlefield V players, continuing with those who thrive behind the controls of a powerful aircraft.http://PCGamesN.2.vu/PCGNBFVSVEP5

Posted by PCGamesN on Wednesday, 12 December 2018

You can experience the thrill of air combat by playing Battlefield V, available now on PC, Xbox One, and PlayStation 4. Simply hop into the War Stories mode to learn of brave missions previously unexplored by other World War II videogames. Or, should you be more about online action, up to 64 players can fight for victory on some of gaming’s largest, most detailed multiplayer maps.