Away from its varied multiplayer maps, its freeform destruction, and its distinct, autumnal colour palette, Battlefield: Bad Company 2 is memorable because it is a shooter with personality. Early on in development, the game’s lead designer, James Salt, said he wanted to capture the spirit of Raiders of the Lost Ark and Uncharted in a military FPS. It is fair to say that the team at DICE succeeded.

David Goldfarb came onto the project around six months into development, starting as the writer, then taking on the lead designer role on top of writing duties when Salt moved on. However, Salt’s vision stuck with him. “When the transition happened, the seed was already planted for me,” Goldfarb tells me “I wanted to make an adventure story/game with these characters, and then later, to improve the multiplayer from Bad Company and give it more character and quality.”

Bad Company 2 is bursting with character and memorable lines of dialogue. In the game’s single-player, when one of your squad suggests clearing a mission with the higher ups, another squad member, Sweetwater, retorts, “No, no, no – he’ll just send some special ops douche bags with pussy-ass heartbeat monitors on their guns instead of us.” Later in the campaign, one of your squad says “snowmobiles are for sissies.” Both lines are friendly jabs at Battlefield’s competitor, Call of Duty – knowing nods at that difference in tone. Bad Company 2 was punk. If COD: Modern Warfare is a Tom Clancy novel, Bad Company 2 is Three Kings. 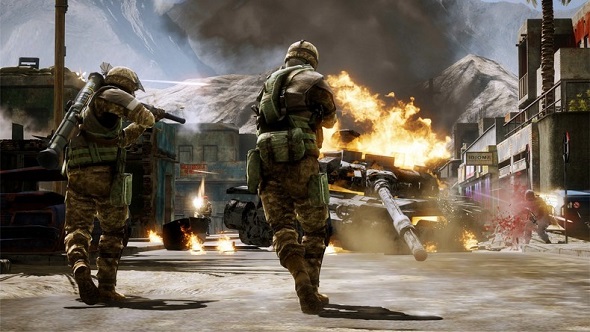 “We just went for stuff that felt like it fit,” Goldfarb says. “It was a fun, ridiculous game. We did not take ourselves too seriously, we went for what would be the most fun, and we tried to keep both multiplayer and single-player in the same universe. Mostly, I think we succeeded. In terms of single-player, Bad Company 2 just built on the work done in Bad Company. We tried to make characters and settings people liked. The game is distinctive because it has that humorous element – hopefully – and it resonated for a lot of people tired of the deadpan grunts in most games, which, by the way, I wound up doing myself in Battlefield 3. Blarg.”

Fans of Bad Company 2’s less serious approach to warfare have been hankering for a sequel that has never arrived. Instead, we got the aforementioned Battlefield 3, an excellent shooter in its own right, albeit one with the personality of reconstituted ham. After that, Battlefield 4 came and was much the same, though it did have those much-lauded Levolutions – map-altering scripted sequences where dams break and skyscrapers topple. Battlefield: Hardline took that template and turned it into a stealth game where you play as a cop, but it also did it with a straight(ish) face – at one point, you QTE an alligator to death. 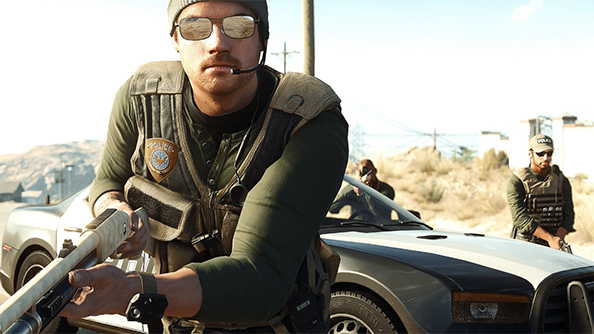 It isn’t just Bad Company 2’s tone that the series has drifted away from. One of the things that makes the game so memorable for me, particularly in its multiplayer, is its fragile architecture – you can carve a path through any building with a grenade launcher. Battlefield 3, 4, and Hardline’s buildings feature indestructible portions, a restriction that funnels you into chokepoints and ensures that some cover remains. While this makes a defender’s job easier, it removes some of the unpredictability from firefights. In Bad Company 2, it feels like an enemy could come from anywhere: land, sea, air, or through a flipping wall.

It helps that this expressive action took place on distinct maps, too. Some of them were vast, but you could still manage to learn them and all of their quirks: where the snipers are likely to be crouching, the best place from which to call in mortars, perhaps a clever shortcut, or an advantageous flanking position when running assault. Battles raged through sun-dappled fields, across arid deserts, and even in desolate, snowy ports. 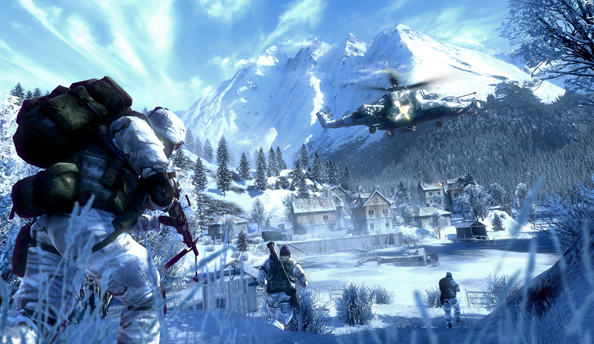 “We would talk about themes for maps a lot, and when we had a bunch we liked, designers would try blocking them out and get the flows set up,” Goldfarb explains. “If it was Rush, the crate placements, and if it was Conquest, cap areas. The Squad Rush and Squad Deathmatch maps were little chunks of bigger maps and then rejigged to work with the particulars of that mode. We would playtest every day, sometimes a few times. When the maps got mature enough, art would come in and lay waste to the designer blockouts and there would usually be some grumbling but it always came together, and better, in the end.”

Another feature that gives Bad Company 2 an edge over more recent Battlefield games is how it handled vehicles. It is such a small thing, but the act of manually getting into a vehicle parked in your base makes the action more tactile. Flying back to base in an attack helicopter after taking off, picking up your buddies, dropping them off on a roof as they complete an objective, flying back and scooping them up after an attack run – there is a sense of process that the current crop of Battlefield games lose by having you spawn directly into an aerial vehicle on the move. Sure, the new method is more streamlined, but I miss that scrappiness. Even on the ground, I miss waiting for a quadbike to spawn, strapping C4 to it, and performing a kamikaze attack on an enemy position. 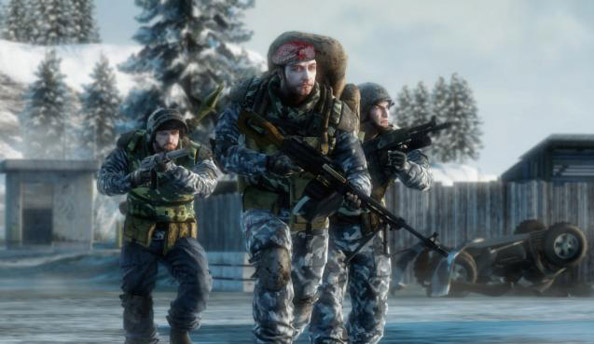 “I suspect this is a move toward the mass market but, also, the fidelity required to handle the get into the vehicle animations when the fidelity is already out of control probably made this an easy decision,” Goldfarb explains of the shift. “It removes a step from the player intention to board a vehicle and streamlines stuff they no longer have to make… it also streamlines out some of the grit that made Bad Company 2 and other earlier Battlefields interesting.”

You can even see this in the Star Wars Battlefront series, which uses a similar trick, turning vehicles into power-ups instead of them being a physical presence on a map. While games are becoming more and more lifelike in how they look, the mechanics in modern first-person shooters are obsessed with instant action, giving them an arcade-like quality. That shift seemed to start with Battlefield 3, and it doesn’t look like we will be moving back to the Bad Company way of doing things any time soon, either in tone or mechanics.

“Battlefield 3 was very much ‘compete with COD’,” Goldfarb explains. “And it did, very well. But it did so in a way that compromised a lot of the values we did better in Bad Company 2, at least in my opinion. There was so much money riding on Battlefield 3 that people were afraid to really buck convention in the way we did in Bad Company 2, which was honestly a sleeper hit. We knew it was amazing internally, but for a very long time no-one else did, not even some people at the studio. Being sort of underground let us do things without fear in ways that were frankly impossible with Battlefield 3. The truth is, things changed because of success, and because the powers that be deemed Battlefield 3 to be the game to take the studio forward, which it did. I think Bad Company 3 could have done the same, but that is a reality we will have to visit in some alternative universe.”