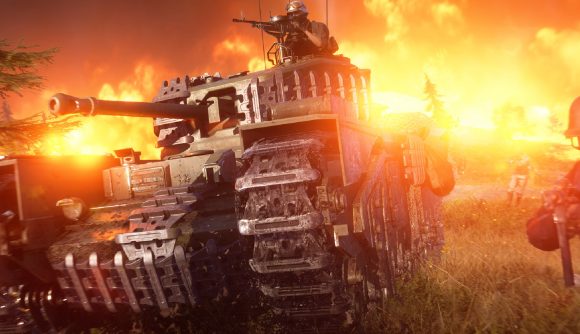 DICE has removed Duo matchmaking from Battlefield V’s battle royale mode, Firestorm. Yesterday, a post on the game’s official subreddit explained that while the mode is likely to return at some point in the future, players will now be limited to playing in squads.

The Reddit post, from EA community manager PartWelsh, said that while “Duo received an overwhelmingly positive reaction at launch,” it initially appeared “as an early first look at the mode,” and had been designed “as a limited time offering.” When EA originally took Duo mode away, community response encouraged the company to reinstate it.

Since then, however, things have changed. PartWelsh says that over the next few months “we’ve seen more folks jump back into Squads mode, with less preferring to Firestorm it up in Duo.” As a result, DICE says that it’s “going to get back to the original plan,” disabling Duo mode, although implies that this week doesn’t mark the last time that this specific take on Firestorm will be available to players.

Referencing some of Battlefield V’s other rotating modes, DICE says that it’s “going to look at ways to ensure that you all have the opportunity to enjoy these modes after their initial availability, without compromising the matchmaking experiences for players who’d prefer to stay with the base game modes.”

Related: Battlefield V could be getting a 5v5 mode

It seems as though that’s a lot of words for ‘not enough players’, and unsurprisingly, the news hasn’t gone down well with fans of the mode. Many of the top responses to the post come from people who say that they play Firestorm exclusively in Duo, and will be looking elsewhere for their battle royale fix from now on. I hear Black Ops 4 is pretty cheap at the moment…