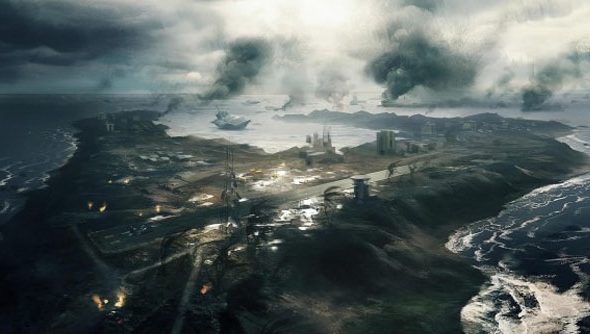 Are you premium? If so, there’s a little taster of last planned Battlefield 3 DLC pack End Game awaiting you on a cocktail stick in the private lounge.

End Game will feature four new maps, designed for high speed combat and use of the new dirt bikes – which I hope will be the successor to 1942’s ludicrous Wallace-and-Gromit-mobiles.

Also: the return of capture the flag, and the introduction of drop ships for rapid air deployment of troop transports. Major additions all.

Like I say, End Game is named such because it’s the last chunk of scheduled Battlefield 3 DLC before the new sequel. But Battlefield 3 support will continue after that if player numbers justify it. Said DICE in the twilight of summer: “We will support the players wherever they will go.”

Wherever you will go, DICE will be there. Is that what you want?

Thanks to EA man Dan Sheridan for the heads-up.