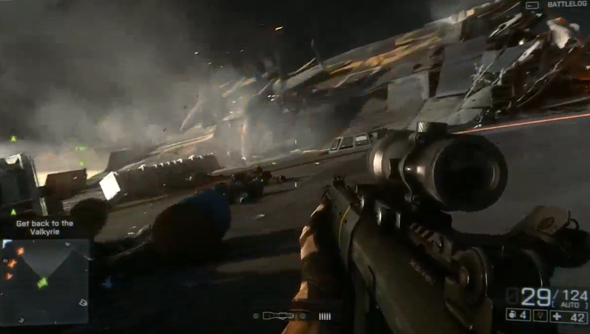 One of the major components of Microsoft’s press conference at this year’s E3 has been the single player footage of Battlefield 4, it looked gorgeous, had lots of explosions, and showed what the console was capable of. Except, it was running on a PC.

There was a subtle little backspace icon up in the top right-hand corner of the screen. 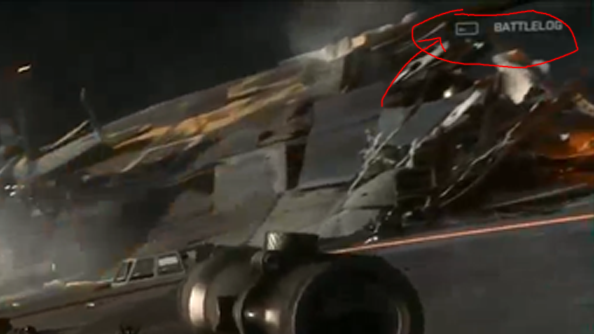 The footage was showing a US aircraft carrier under attack from… somebody. The player made their way through the ship as it was torn apart by explosions. Sea water flooded in and panels caught fire. It was all very impressive.

What stood out was that there were numerous points where the player was able to alter the environment, shooting chains out that held down F-16s on the ship’s flight deck. They’d break free and slip off the tilted deck, crushing enemy troops in the way. It wasn’t clear how dynamic this was.

The footage didn’t show off a great deal new of the game feature-wise, but we spotted a couple of tidbits. At one point the player orders his co-op squadmates forward with a hand signal. It’s a small thing but it shows you’ll have a little more control during the single player campaign.

Something else, which looked to be a more pointed addition, was that the player was the one opening the doors as they progressed through an exploding ship, not simply following AI companions the whole time. Again, a small thing, but a nice touch.

EA also showed off Multiplayer during their own conference.