As the scale of Warhammer 40K’s spin-off tabletop games grew ever larger, first in Epic and then a decade later in Battlefleet Gothic, a question emerged: how do you retain the visual identities of those distinctive armies when the models are miles-across?

Armada’s take on Chaos ditches the horns and bubonic growths of the rank and file in favour of ships splashed with blood-red paint and meaningful, pointed arrows. Take a look at the latest stills from the RTS below.

We’re witnessing here the Chaos Black Crusade (the twelfth!) of Abaddon the Despoiler, resplendent in Unreal Engine 4. Vessels range from one to seven-and-a-half kilometres in length, with the Planet Killer capital ship at the top end.

Chaos forces tend to lean on massive, powerful munitions like their macro-cannon battery and lances, seen firing in the image above. 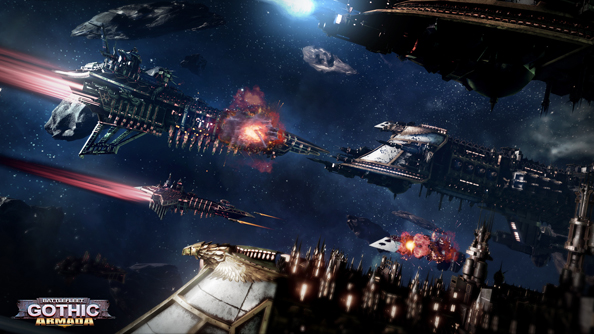 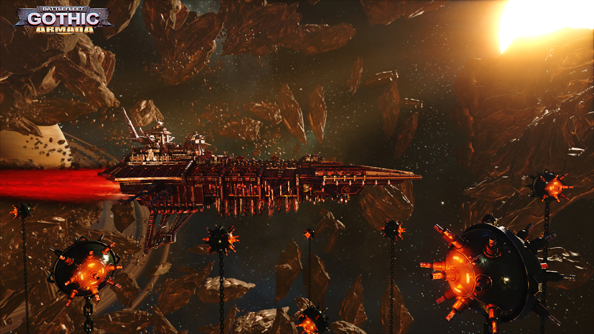 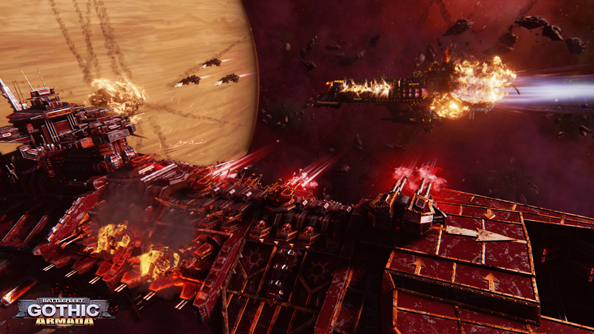 Our Jules admired the weaponised space cathedrals of Battlefleet Gothic: Armada back in January – but I think the Chaos ships look more like the elaborate organs you’d find inside those cathedrals. What do you reckon?