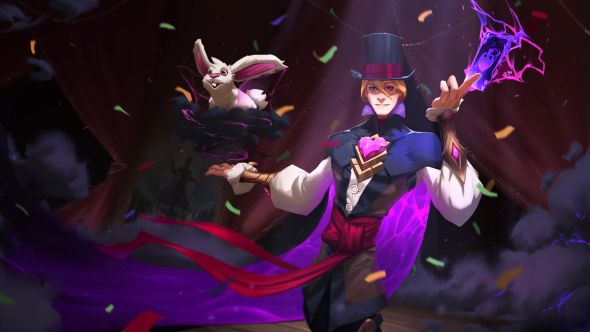 A new champion is coming to Battlerite. Zander, The Magnificent Magician, will be added to the game in today’s patch.

Zander is a ranged support character, and he’s keen to put on a show. An illusionist, Zander’s abilities revolve around misdirection. He can conjure mirror a mirror image of himself to confuse opponents. His champion preview (which you can watch above) seems to suggest some sort of delayed blink/teleport mechanic, and he can also turn himself into a top-hat wearing rabbit, although I’m not sure what benefit that serves.

Zander is also able to polymorph enemy champions, briefly turning them into sheep. We don’t yet know which of Zander’s abilities are which, but it’s fair to say a team-wide silence is pretty likely to be his ultimate.