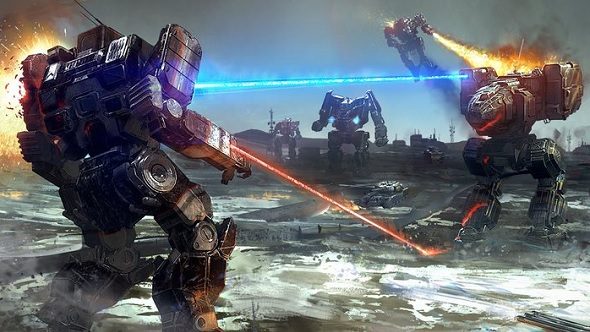 Cowboy Bebop is the purest depiction of ‘cool’ our species has managed to create. I decided this when watching the 20-year-old anime for the first time with my partner recently. Look, I’ve missed a lot of media over the years, so I’m catching up now. Earlier this year, we also worked through an unexpectedly similar series: Firefly. For such a beloved show, I was surprised to find that Firefly ends rather abruptly… can’t imagine that went down well.

If you need more tactical battles in your life check out the best strategy games on PC.

It was with these two shows in my mind that I headed into my first time playing BattleTech, and I realised – they’re not so different. I was immediately struck with how well Harebrained Schemes’ 2018 interpretation of the stodgy ‘70s wargame fits within canon. BattleTech puts you into the dusty shoes of a pilot who is basically Firefly’s own Mal Reynolds, with the state of your ship and crew being just as important as keeping the books straight.

BattleTech doesn’t do much to explicitly characterise your mercenaries, outside of brief puzzle-piece backstories and their portrait. But, outside of missions, the game occasionally feeds you scenes from inside your spaceship. These play out like the opening to a short episodic story; often comedic, often endearing little skits and scenes. 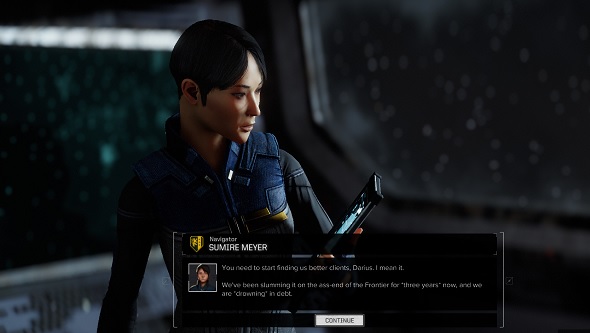 Crewmates cut open walls to make legroom; poker games are run in mess halls to kill time; mechanics complain over MechWarriors loitering in their workshop. If only one idea carries over from Bebop to BattleTech, it’s that owning a spaceship isn’t special – you can easily be dirt poor while drifting between the stars.

Many of these events stem directly from the state of your ship – if you’re running too tight to fix up your banger, the crew will feel it. Countless scenes of lanky, anime space cowboys sprawled over ratty mess hall sofas enter my mind every time the Argo (our ship) needs to make a month-long trip to the next gig. But sitting around all day doesn’t pay the bills. Every time the contracts list loads up, you can practically feel the pinch on the avatar’s brow as they tell the crew – this job won’t pay much, but we’re living off freeze-dried paste and even that’srunning out. 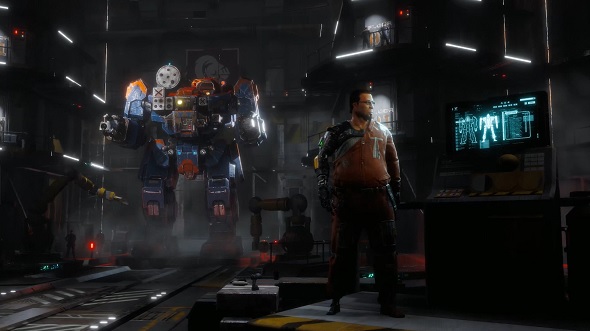 Contracts might be more open-warfare in BattleTech than its bounty-hunting colleagues, but the stakes remain personal. And with the welfare of your crew and company at the back of your mind at all time, stakes in-game become personal. Scraping the bottom line, desperate for a win, you’ll push your mechs past breaking point, reluctantly eyeing up the eject button before everything turns south.

It’s not perfect. While the systems at play do much to humanise the day-to-day running of your mercenary company, actual story beats feel off. BattleTech’s core crew is a wonderfully diverse crowd, but there’s a bit of a stilted tone to a lot of the writing in cutscenes.

I’ve spent far more hours with BattleTech’s Argo than the crew of Firefly’s Serenity, but I feel I know very little about my commander’s closest companions. These sequences straight up play like traditional RPG dialogues – there’s potential for these scenes to show intimate moments within the crew – but they only really serve as exposition before missions. That’s disappointing. 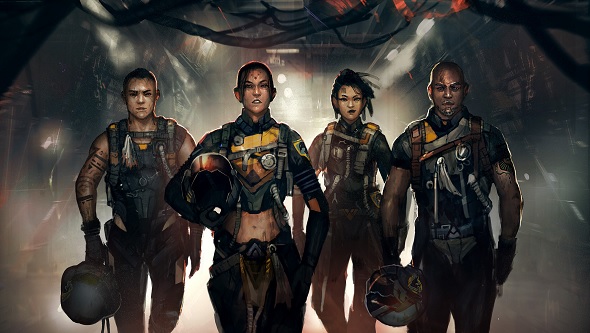 All it would take is for occasional ‘zoom in’ scenes, short vignettes of conversation with your crew, to fulfill that space cowboy experience. Pyre – Supergiant’s 2017 take on fantasy football – did this very well, prompting you to check in on your band every few minutes for brief chats.

Cowboy Bebop, Firefly, BattleTech – all three universes are easily light years apart in tone, ranging from feudal politicking to wild western frontiers. But from beaten spaceships, to long lazy days scraping the back of the cupboards for the last can of beans, BattleTech feels like it fits in with the space crew fantasy of Firefly and Bebop, yet it lacks the panache for it to truly fly alongside them.