PC gamers tend to cast their eyes backwards more than most. Perhaps it’s simply that we tend to be older on average, or that our necks function as 360 degree pivots. Dissections have proven inconclusive.

I just know that, while next-gen console owners cast about desperately for something brand new to play, I’m reminded that we do precisely the opposite to test a new PC: dig out an old favourite and see what kind of magic the new context can pull out of it.

That’s exactly the business of GOG, incidentally. Though they’ve expanded their remit in recent years to incorporate the contemporary and the indie, the console manufacturers’ abandonment of backwards compatibility means their role as curators of gaming past is more vital than ever. Also, who else would stock Phantasmagoria?

We talked to GOG managing director Guillaume Rambourg about the consoles and the all-important catalogue.

“If you’re backwards compatible, you’re really backwards,” Don Mattrick told the Wall Street Journal at E3 this year. Even the head of Microsoft’s Xbox division, as he was at the time, could be excused for enjoying the election-day snappiness of the phrase – if it wasn’t for the fact his blitheness was borne out in the company’s policies.

Only 5% of Xbox 360 players exploited its capacity to host selected games from its predecessor, reasoned Mattrick and co., and so the newly-released Xbox One won’t run anything from your current Xbox library, disced or downloaded.

The situation is much the same on the PlayStation 4. While Sony have pledged to support PS3 games in the future via their Gaikai streaming service, first-time console owners currently have only one means of dipping into their machines’ past – remastered releases like Lionhead’s Fable Legends. And Rambourg finds that “disheartening”.

“It’s not only shortsighted but also disrespectful,” he said. “it’s almost as if, for them, games come with an expiry date, like dairy products.

“The game creators and gamers supporting their games should feel slighted as it seems that after a short launch-oriented cycle, and the following budget-priced run, the game can be discarded and forgotten.” 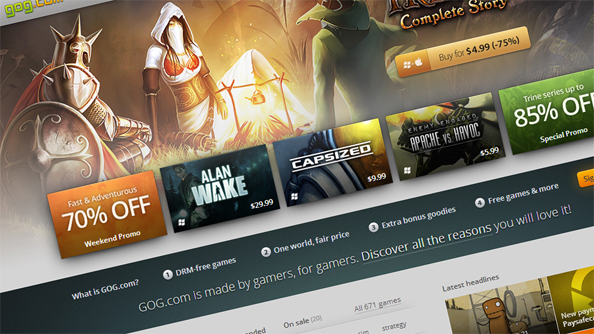 Rambourg hopes it’s a trend that can be reversed with effort “from both sides of the barricade” – if not for the players, then for their poor shelves, creaking under the weight of stacked previous generation consoles awaiting occasional input cables.

“I understand the hardware challenges to overcome here, but when there’s a will, there’s a way,” he said. “It’s a crying shame if it turns out that many great console games will disappear as the hardware they were running on simply breaks down with time or is no longer available for purchase.”

In the meantime, however, GOG continue to preserve the history of a medium that isn’t entirely sure it wants to be preserved.

“Imagine anyone asking that about music or film?,” said an exasperated Rambourg. “That Johann Sebastian Bach fugue is so dated, right, who needs it? Nobody wants to watch Fritz Lang’s Metropolis anymore since we have sci-fi blockbusters every year! That sounds absurd, yet somehow, when speaking about computer games we don’t think about it.”

If there’s a hole in Rambourg’s art analogies, it’s gaming’s intrinsic link to tech. In a medium where sequels are usually iterative, in which we’re encouraged to forget past versions in favour of the new look, it’s perhaps not especially surprising that our history is sometimes overlooked as a result. 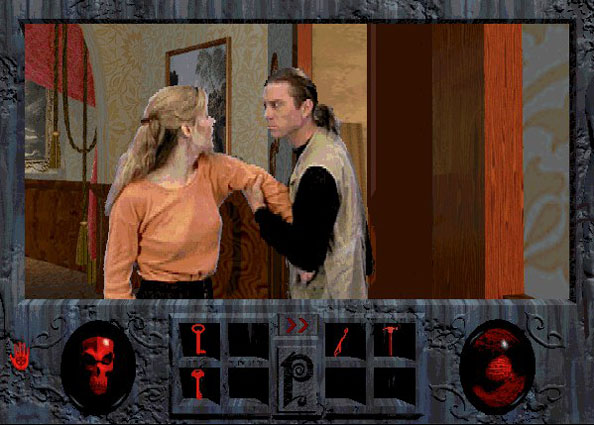 But the argument for preserving earlier models, insisted Rambourg, is “pretty straightforward”: “The masterpieces, the hidden gems, and even the glorious failures, they all deserve to have a chance of reaching new generations of gamers and developers.”

Over their half-decade history, GOG have built an unrivaled catalogue of just that: masterpieces, hidden gems and glorious failures (the latter explains Phantasmagoria). However, the occasional late, great game eludes them.

Rambourg explained that there are only two possible reasons for an absence: either GOG are still in lengthy, soothing conversation with the publisher in question, trying to convince them of the virtues of DRM-free; or the company’s archeologists are still unravelling the “Gordian knot” of rights – overgrown trails left by long-gone developers and their paymasters.

The MechWarrior series is still tied up in “legal limbo”, for instance – while Rambourg is personally saddened that the finer exports of ‘90s LucasArts aren’t yet readily available to those who haven’t the foggiest what SCUMM is. 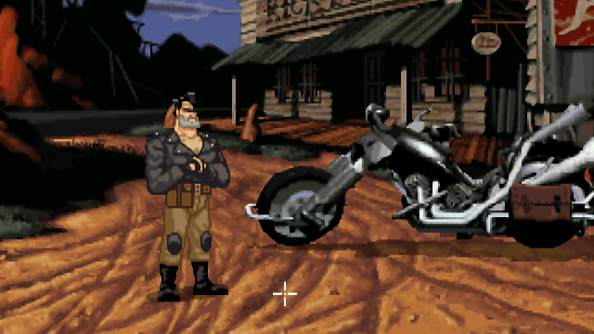 Full Throttle and Day of the Tentacle are particular sore points – because if GOG’s success has proven anything, it’s the lasting cachet of ‘90s PC games. Rambourg spoke reverently of that “special” decade, in which developers were able to pursue out-there ideas free from runaway budgets and more than a modicum of publisher interference.

“Because they had small teams making smaller games, they were able to take risks, iterate quickly, and play with what makes a computer game fun,” said Rambourg. “This is how simple, yet addictive games were made, with exceptionally smart gameplay design (for most of them all you needed was 2-button mouse or a single-button joystick) and a lot of attention to detail.”

The flattering, yellow glow of nostalgia is tangible in Rambourg’s words, and it’s the same fuel that powers most of the indies that now appear on GOG’s front page (“exactly what the industry needs”).

This great explosion of nostalgia has propelled GOG and the developers they partner with high into their respective stratospheres, and safeguarded the medium’s history pending a time everybody else realises just how important that is. It’s tempting to imagine ‘96 vintage champagne all round. But like the gunpowder I’ve implied it to be, nostalgia ought to be handled with care.

“If devs follow the rules established by their forefathers, revival projects should be successful,” warned Rambourg. “But nostalgia is a tricky sentiment – let the fans down, betray their trust, and that might be the last game you ever make.”