Games are great aren’t they? They throw you into vast worlds where you can save everyone from monsters and explore strange new lands. But what do you do when you’ve finished your game? You could just download a mod to add new things or change the game completely, and that’s fine. But how about randomizing the stuff that’s already in the game, like items, enemies, skills, and where you expect to find them.

Game randomizer mods are more of a recent trend, and one that’s far more common with retro console or handheld games (Pokémon is probably the best known candidate for randomizer mods), but there are plenty of game randomizer mods for PC. Randomizer mods do skew somewhat towards RPGs, since changing enemy and item placement is a common theme among them, but very occasionally something a lot more unorthodox will appear from out of nowhere.

If you do wish to explore this weird, wonderful universe of randomizers, I should point out some caveats. A lot of the randomizers out there are mods that are found on Nexus Mods – which is a fairly reputable source for mods for all sorts of games, but there are also more than a few that are just uploaded to GitHub. There is very little regulation on GitHub, so they could contain malicious software. Make sure your virus protection is enabled before downloading ones from there.

We also recommend that if you follow any instructions for installation fully, unless of course they tell you to turn off your antivirus software. Our list will consist of ten games that have excellent randomizer mods, rather than the ten best randomizers overall. 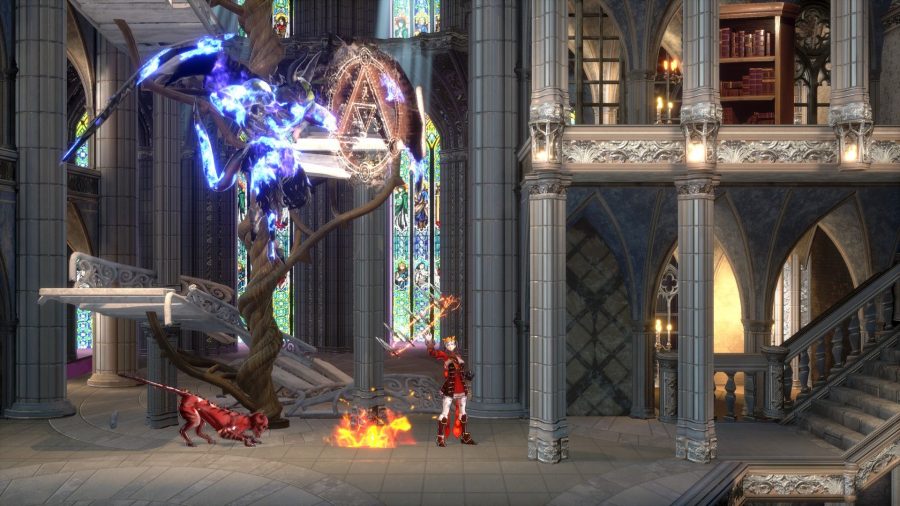 Bloodstained: Ritual of the Night

This one gets a special mention because the randomizer is the only one we have found so far that’s officially supported. To get it, you’ll need to unlock the Good Ending. To do this, you’ll need to:

Once you do unlock the randomizer mode, you’ll have the ability to not only shuffle item locations, but also quest perimeters, shop inventories, enemy drops, even save room and warp room locations.

On top of this, you can also select which ending serves as the end point for your run, so if you’re planning to randomize a speedrun, then this is probably the easiest game to do it in. Better yet, it requires no additional downloads or modifying a game, so everyone can do it. 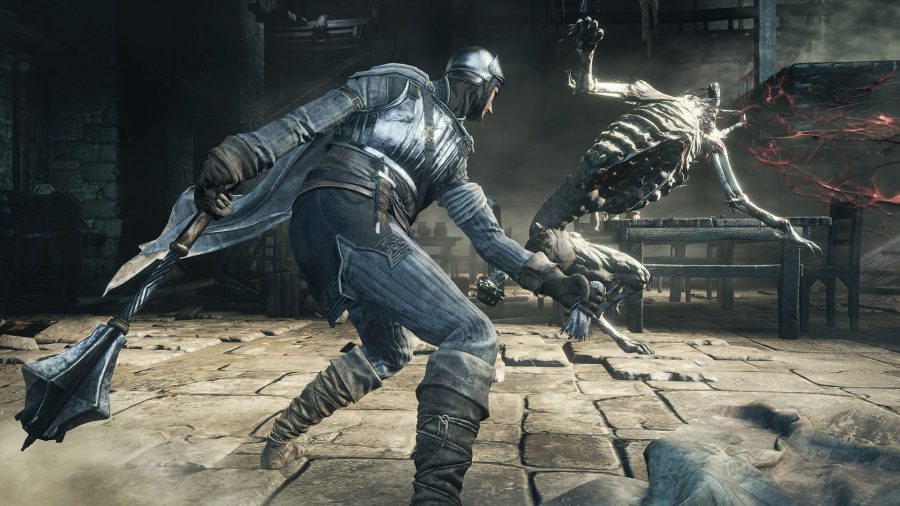 When we’re referring to randomizers for Dark Souls, we’re talking about all three games. These mods come in various forms too and don’t just shuffle all the items in every game. It goes deeper than that, with randomizers for enemies and the stuff behind those fog gates your avatar wades through.

Since it’s the most accessible game with the majority of mods out there, we’ve gone with Dark Souls III for our choice. One of the item randomizers comes with an auto-equip option, turning your Dark Souls III campaigns into challenge modes should you so wish. It’s an optional setting, but one that’s not seen elsewhere. Here are some of the game randomizers available for Dark Souls III:

But before installing any of the Dark Souls mods, we recommend that you run the game offline where possible. This is so you don’t get permanently banned for modifying your game.

Diablo II is pretty much a randomized game anyway, unless you count the fact the secret cow level is guaranteed to have a moosive number of beef warriors, but if you fancy making this classic RPG game even more random, then this little mod might be for you.

In addition to tinkering with unique item drop rates, or the colours of monsters, it will also change the number of rooms in dungeons, which entrances go to which dungeons, and even act boss positions. 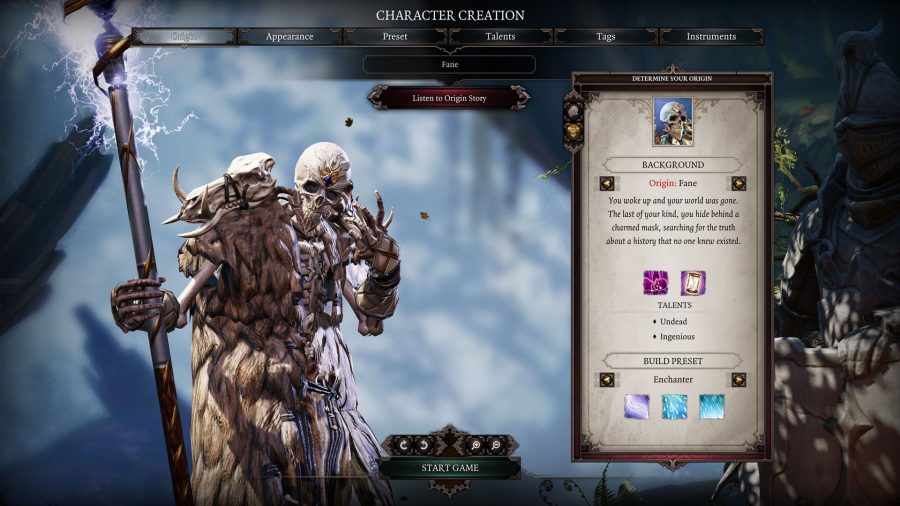 We’ll be honest, Divinity: Original Sin 2 isn’t exactly the easiest of RPG games in the first place, but it’s still a bloody good one. All you need to do to make it even harder is install a mod that gives every single enemy character a random buff.

This enemy randomizer can turn what could be a seemingly inconspicuous fight with a rat, into a slog against a teleporting rat that never stays in one place. Boasting 28 different status buffs that could be given to an enemy at the start of any fight, it will definitely pump up the difficulty to frankly ludicrous levels.

If you’re holding out for Baldur’s Gate 3 to be fully complete before jumping into Larian’s latest, then this mod will definitely pad out the time. 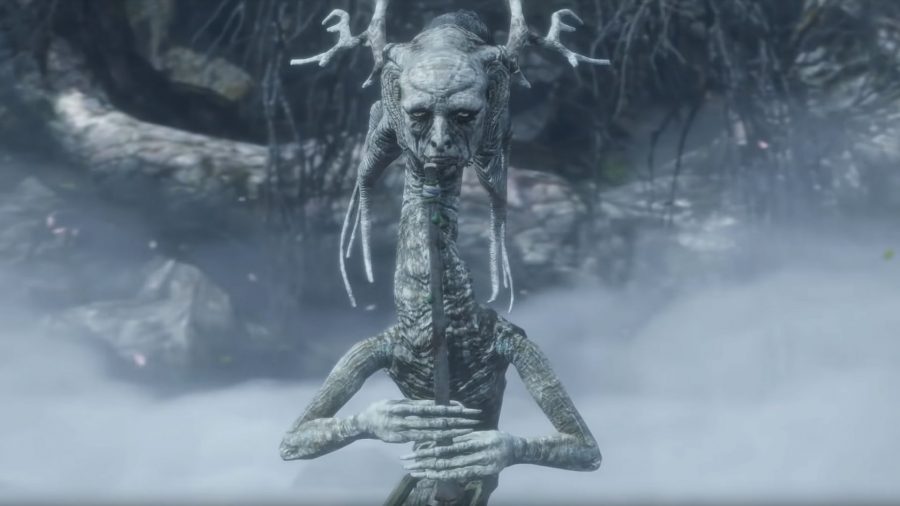 Yes, another FromSoftware game with a randomizer, but this one is the all-in-one package. Locations for items, skills, health upgrades, enemies, the lot.

The twist here is with the enemy replacement part of the mod. Since it messes around with the placement of bosses, there are a couple that had to be drastically changed. The description page for the mod explains exactly which bosses those are and how to deal with them. It also explains a few tricks on how to get past troublesome areas without the use of certain items.

We also like this mod because there are plenty of ways to customise the randomization. So, if you want to ensure that you don’t get any early-game roadblocks, then this mod will handle it. There are also options to make key items appear when a specific boss appears, or to tweak boss health to scale with the point in the game that you’re at when you fight them. It really covers everything you can possibly think of. 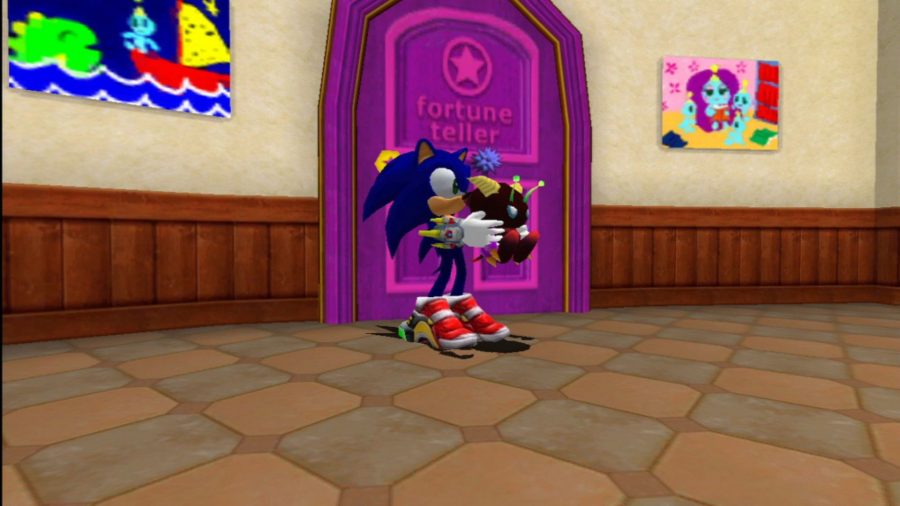 Do you want an absolutely bonkers randomizer? How about shuffling stages, cutscenes, bosses, and even which characters you play as in each level in a Dreamcast era Sonic game? We’ll be honest: this is the randomizer that inspired the list in the first place.

This mod is a little unstable from what we’ve tested. It’s prone to crashing and has multiple instances where we were unable to progress further because of the random characters selected for each stage. New teleporters do mitigate this a little bit., it’s the only randomizer that’s made us laugh because it truly randomizes everything. Yes, that includes the music, Omochao’s tips, and the costumes (including some custom made ones). Even the dialogue is randomized and will occasionally give you gold. 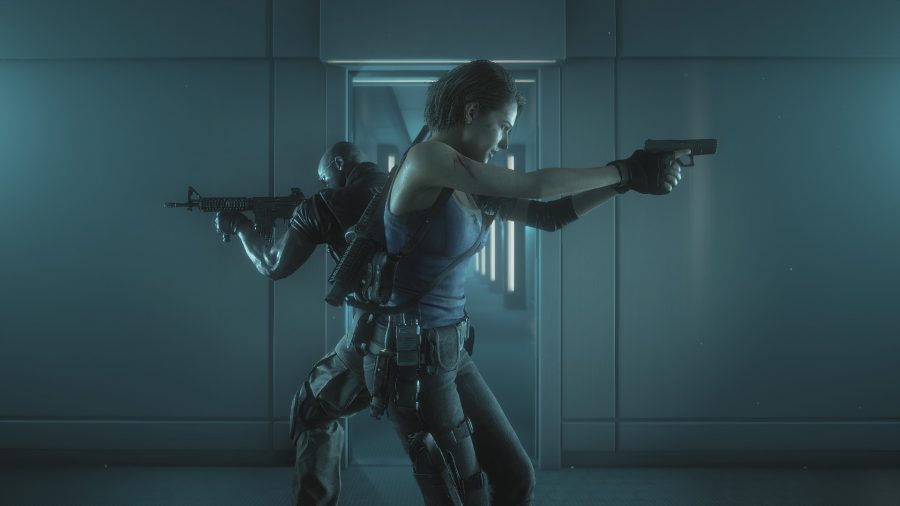 Now that Capcom has removed Resident Evil 3’s Denovo, the game has become a little more friendly for modders.

This randomizer mod does quite a lot, so here’s what it randomizes:

There are limitations, in that it doesn’t mess around with enemy locations at the moment, nor will it ever randomize key item locations. The latter would create a bunch of soft-locks, which are not exactly what we would call fun to go through.

We would much rather have put the Resident Evil 2 remake’s randomizer mod here, it’s just a far better game overall, but it seems to have a few security issues. But that’s okay. Resident Evil 3 remake’s campaign is a little shorter, making playing through a randomized run a little more manageable. 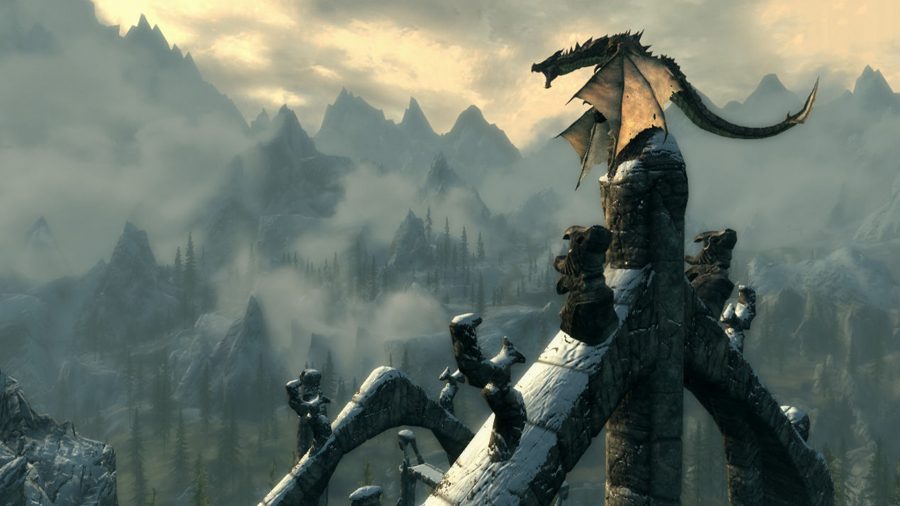 Skyrim mods are a particular favourite here on PCGamesN, as lots of people have made all sorts of weird and wonderful tweaks to their game. So here are two mods that aim to do just that: one to randomize the word walls, and one to give you a randomized start location

More like this: Here are the best Skyrim mods

As for the alternative starting location, this can be anywhere except in the cart on the way to your execution. You may begin your journey in a house in Riverwood, or in the deepest darkest depths of the Lost Echo Cave where you have to fight your way out. Luckily, you’ll also get one of 21 class starting kits, though each has its own semi-randomized loadout. This mod is notable because the mod is compatible with the Special Edition version and the VR version. 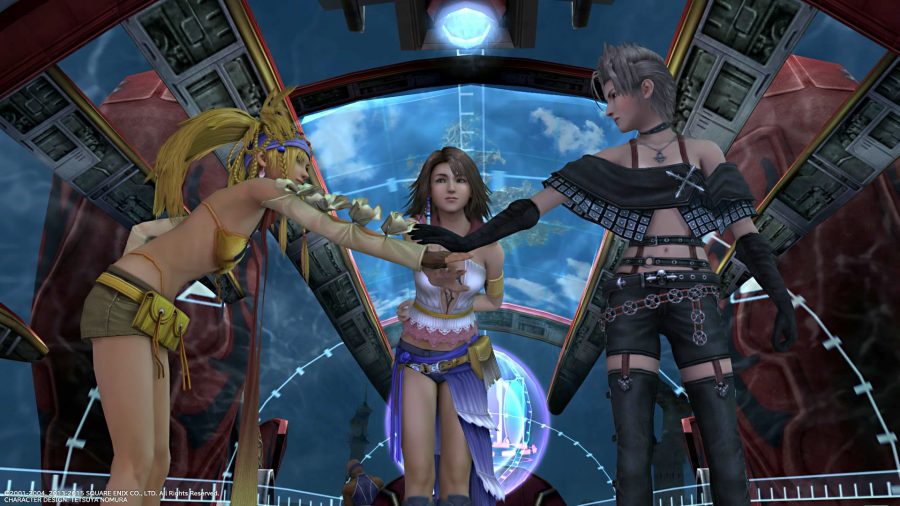 We’ve covered plenty of mods that change how enemies are placed, where items are, and so on. But it’s now time we changed track. We’re still going with a classic RPG, but how about a randomizer that completely shuffles the skill tree?

The Sphere Grid for each character in Final Fantasy X was set for every character and balanced in such a way that you’ll always have somewhat balanced stats for the point in the game that you are in. This mod flips the table before hastily putting the pieces back on the board incorrectly. So you may find that it’ll take ages to learn any decent skills, or ages to get enough MP to use a spell. But what’s more likely is that your magic user is no longer Luna, but Wakka.

This mod’s main purpose is to shuffle around the Sphere Grid: the game’s skill system. It also enables “Flee” for the main character Tidus if you wish. 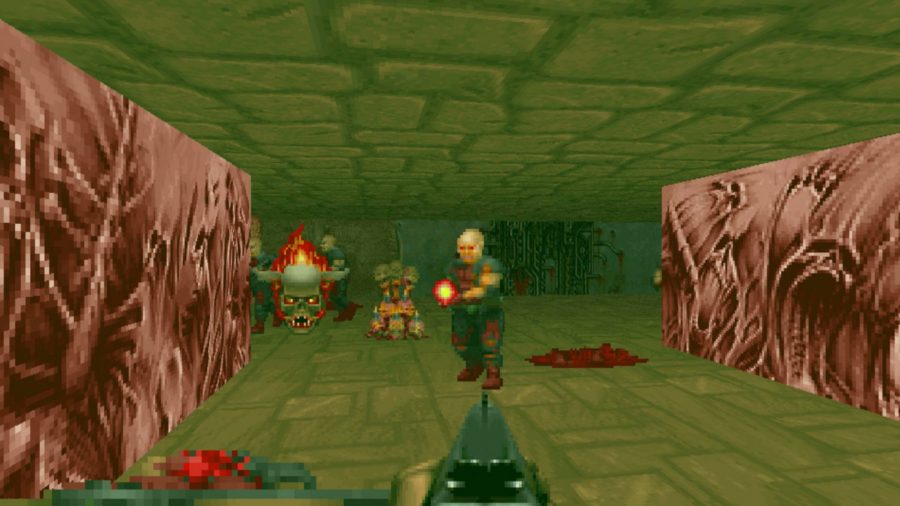 Because of course there is a mod to randomize Doom – everything has been modded into Doom. If you can put Doom on a calculator or a pregnancy test, then surely tinkering with the game’s enemy and weapon placement isn’t too much of a logical leap. 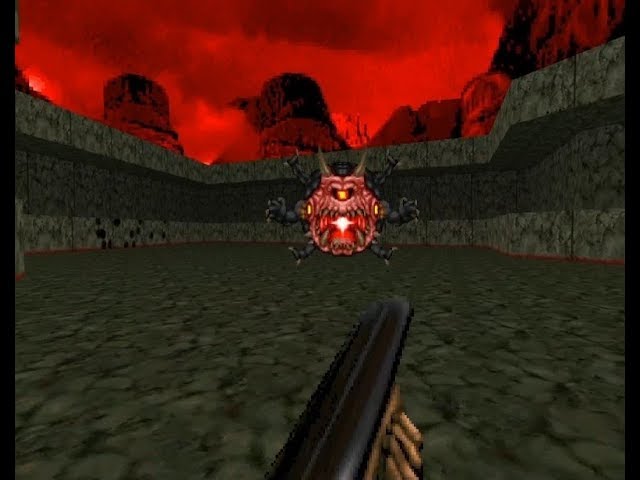 But what about adding new monsters? The “Vanilla Doom Plus” mod is a bit of a misleading name, because there’s nothing ‘vanilla’ about it. Instead, you could have zombie soldiers with plasma rifles, or horned imps packing a shotgun and mines. Think the Baron of Hell is a pushover? How about the Baron of Hell’s ghost, who yeets other ghosts at your face?

So if you’ve completed every single level in the classic Doom games, found all the secrets, and otherwise had your fill of the classic shooter, then this mod may just be your ticket back to Hell on Earth.