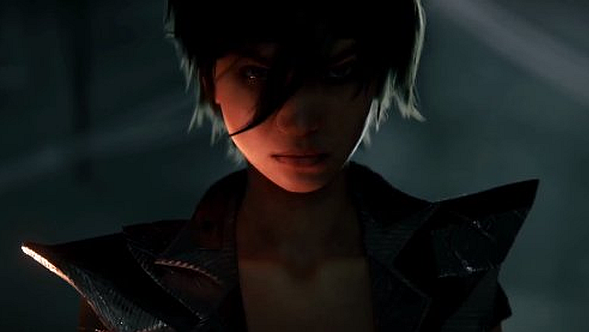 Beyond Good & Evil 2 will feature Jade, returning from the original game – though she’s looking a little smaller in stature this time around. As we’ve known for some time, this sequel is actually a prequel, and the developers previously teased that the new title would explain Jade’s origins. Now we have a clearer picture of how that will look in-game, though only in the context of a CG trailer setting up the world.

The new trailer opens in space, zooming in on an ice ring circling a planet where a somewhat dumpy-looking frigate is parked. Inside, we see a couple of crew members, including Pey’J – who you may remember as Jade’s pig-like uncle from the original Beyond Good & Evil – serving as the ship’s chef.

It keeps sounding like BG&E2 is moving toward a more open-ended design – how will it compare to the best sandbox games on PC?

We also see a medic using acupuncture, an engineer, and the two characters – monkey and human – who’ve been around since the game’s initial reveal. The drama begins as a storm erupts on the ice ring, causing big damage to the ship as it passes.

Out of the resulting carnage, an even bigger ship appears, locking its pincers on our heroes’ vessel. Out of the new enemy ship, a young Jade appears, flanked by bodyguards and carrying a katana stained with blood. Pey’j recognizes her, and as the trailer closes it looks like she moves to attack.

The all-CG trailer doesn’t tell us much about the game itself, but it does emphasize a few points Ubisoft has mentioned about the title’s structure. Namely, there are several quick transitions between interior and exterior space, and a big focus on the varied personalities of the ship’s crew. And, of course, with Pey’j and Jade we’re seeing a bit more connection to the original game.

Today’s reveal also brought some proper gameplay footage including the reveal of Ganesha city. For more details like the Beyond Good & Evil 2 release date, whenever that comes to exist, keep our full everything we know feature bookmarked.