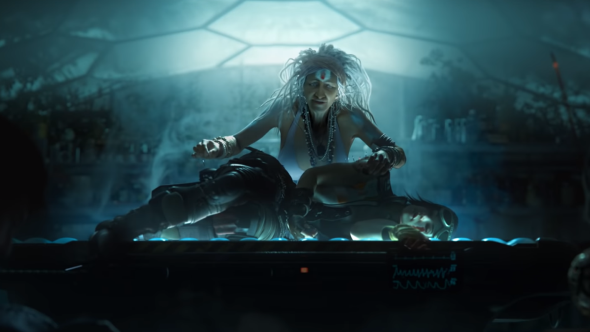 Joseph Gordon-Levitt has answered criticisms of Ubisoft’s scheme to incorporate community creations into Beyond Good & Evil 2 – making it clear that artists will be paid for the work they contribute to the game.

The idea is that fans can create art and music for inclusion in the game and, if Ubisoft Montpellier likes it, the studio will find a place for that work in Beyond Good & Evil 2. The plan raised immediate concerns that artists wouldn’t be properly compensated, since Gordon-Levitt and the Montpellier team made no mention of payment during their time on-stage.

Beyond Good & Evil 2 will be a freeform adventure, like the best sandbox games on PC.

As it turns out, that was down to a cut made late in the day to the presentation, rather than any sinister intent. Gordon-Levitt says they “fucked that up,” and emphasised his company’s commitment to paying community artists fairly.

You are super right. Huge oversight. I think script got trimmed at last minute and we fucked that up. It’s hugely important to me that @hitrecord pays artists fairly. Since 2010 we’ve paid community almost $3 million https://t.co/oauU4IUiyE

For Beyond Good & Evil 2, HitRECord have a $50,000 “community payment sum” to split between contributors. That money will be “spread across all the finished songs and visual assets for the first phase of delivery to Ubisoft Montpellier for inclusion in the game.”

It doesn’t sound like unused art will be paid for, which will not ease the concerns of some within the indie game community.

Wonder if you get paid for your labor if they dont use your assets bc in the freelance biz we call this spec work and it's bad and that's why people who know the deal avoid these kind of things, which are everywhere. But hey maybe you get paid regardless.

Here’s that trailer again, stuffed with pirate spirit and just a sprinkling of Jade.