Where do the hardest drinking, hardest fighting Vikings go when they nod off for the last time? According to Shield Break Studios, they end up in Brewhalla, a land of eternal drinking and brawling. And that’s the setting for the studio’s first game: Bierzerkers, a third-person multiplayer melee game that’s just hit Early Access.

To get up to speed on this Viking arena game, we had a chat with the developers.

The elevator pitch: “[I]ts just drinking and fighting,” explained the team. “It’s a very sort of old school game, where you play matches, back to lobby and then straight back into matches so you progressing while you play.” 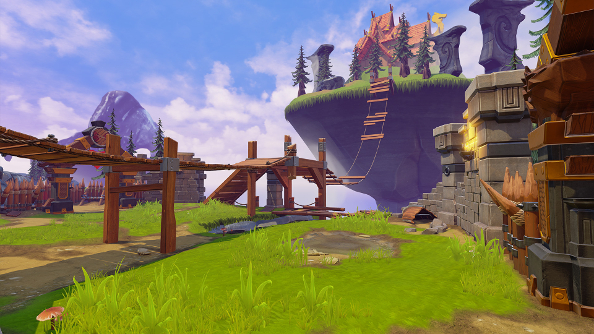 Players will pick from one of five classes (for now), all themed around Viking sensibilities like boozing and brawling, and then they’ll duke it out across a variety of arena maps. At the moment, there are two, but eventually that number will grow to four or five.

“A good way to describe the game is that is mainly melee based, third person and very responsive. You don’t just hit people without something happening. Its very much inspired by fighting games and a lot of guys in the team play those games, but we didn’t just want to make a game where you beat on each other and nothing else matters.”

It’s a third-person game now, but that wasn’t always the case.

“We initially started the game as a first person project and we went along with that, but then when we moved it to third we found there were new things we really liked about it.

“In third person you get a better sense about all the space around you and, because of the melee in this game, we thought that that was essential. It wasn’t very fun to get hit from behind in first person and have no idea what was going on because of your FOV. When you are in third person you can at least know where they are and react accordingly and it doesn’t feel like you are being cheated as much.” 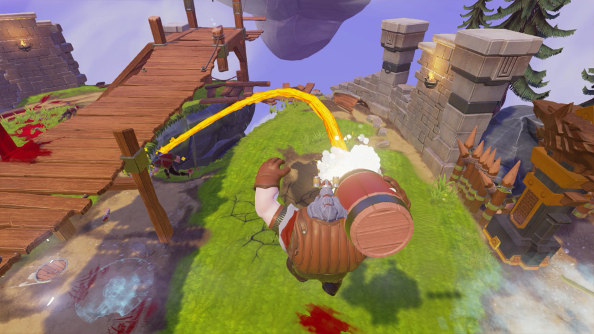 Shield Break Studios was founded in 2013, and Bierzerkers is their first game, but the team is made up of developers from Riot, Activision and, mostly, Blizzard. The exaggerated, cartoon style is certainly evocative of Blizzard games, like the in-development Overwatch.

The developers also mention the Bethesda-published Battlecry, another third-person multiplayer arena game, that it might be compared to. But Shield Break was prepared for competition.

“We’ve talked about this, this sort of genre of melee multiplayer. When we started we really thought that this would be something that blew up as a genre and it felt like a niche that hadn’t been filled so we always knew we wouldn’t be the only people trying to get a game out there.”

Unlike Battlecry, and unlike their previous gigs, they are going it alone. No publisher safety nets here.

“[I]t’s the dream, trying to control our own destiny and financing our own projects. Its gratifying to do it on your own and we all came together and that synchronised that vision that I think we all had.”

But, they admit, it can be rather daunting. 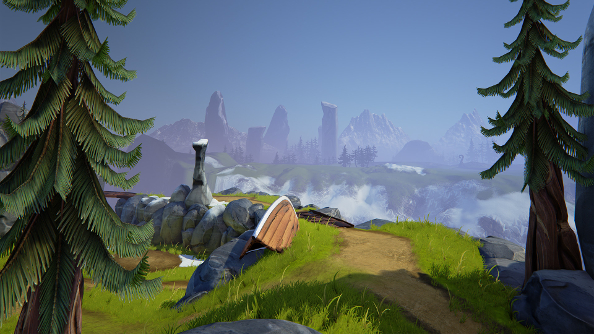 “I mean, the biggest challenge was making the decisions. I think we are all comfortable with the company and its just making those decisions, but once you have your just so focused on moving forward that it obscures any fear you might have by that point.”

Bierzerkers hits Early Access today, and it will use a standard retail model, but for the finished version, the team is still throwing around ideas.

“We haven’t settled on a price for the full game yet but we don’t want to get to high with the price, because we feel like having more playing is going to make the game better, it being a multiplayer game and all and we need that strong player base. 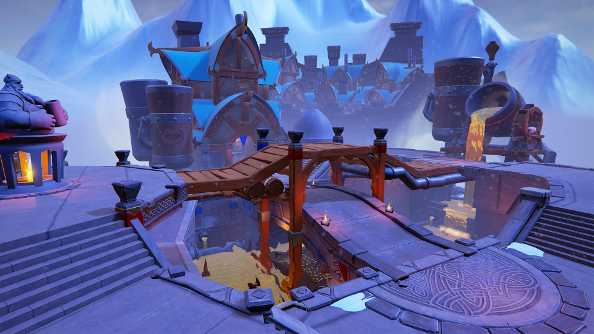 “The last thing we talked about is looking at the Counter-Strike model of payment, which is having a price for it and maybe have a few other cosmetic things that support the game, but nothing that takes away features from you. The whole point of early access is to build our community, so we don’t want to overcharge but still need to get the money to keep developing so its a balance.”

The goal for Shield Break is to do the Early Access thing for two or three months and then launch, but that really depends on the feedback they get from new players.

“Maybe we’re right so far and people will love it, but maybe we are wrong a bit and will have to move things around. But we don’t want to take a very long time to ship the game, we want to commit and get our work out there. We don’t want to wait in early access for a long time. A lot of the people on our team have worked on games that took 5+ years to ship out and it’s just not what we want to do.”