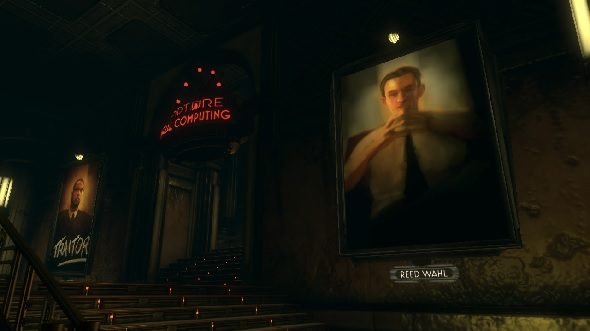 No introduction to the beautiful but shattered undersea metropolis of Rapture will ever be as memorable as the first glimpse provided by the original BioShock. As Jack, players find themselves amid the wreckage of a downed airliner, presumably far out to sea. We spy a lighthouse-like building, and on further investigation discover that it houses a bathysphere station.

From there it’s down – beneath the surface, to the seafloor, and Rapture. “All good things of this Earth flow into the city,” reads an illuminated message upon our automated entry, seconds before hope and salvation turns to desperation and panic.

Rapture is a place that the BioShock series keeps flowing back to. A confluence of steadily-decaying art deco design, and protesting bulkheads leaking from their rust-crusted seams. Even when Infinite moved thematically from Objectivism and Orwell to American exceptionalism and the Occupy movement – and physically from ocean currents to sun-kissed clouds – its DLC couldn’t stay away from diving beneath the waves once more. Whatever the story unfolding in any particular BioShock, it’s always got Rapture at its core.

But while the first game – now celebrating its tenth anniversary – laid down the blueprints for everything that followed in the series, it is BioShock 2 DLC Minerva’s Den that offers the best way to experience Rapture. 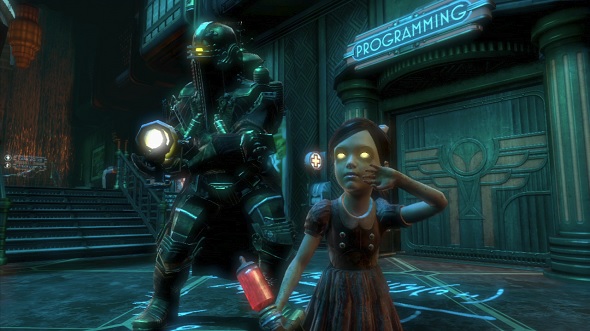 The project was helmed by lead designer Steve Gaynor, who would later go on to co-found Gone Home-makers Fullbright alongside others who worked on the compact but compelling DLC. Anyone smitten with that studio’s knack for story craft would do well to play through these few hours, telling as they do perhaps BioShock’s most touching tale.

Minerva’s Den is named after the location it’s set in – Rapture’s high-tech sector, home to the city’s central computer, known as The Thinker, as well as various other bleeding-edge – for 1968, anyway – businesses. The player is cast as Subject Sigma, an experimental Big Daddysimilar to the protagonist of BioShock 2 proper, Subject Delta – indeed, the story of Minerva’s Den takes place at the same time as its parent release’s narrative is unfolding elsewhere in Rapture.

There is little explicitcrossover between these stories. However – and this is a minor spoiler – key character Brigid Tenenbaum, the peerless geneticist and the discoverer of ADAMwho stars in the stories of both BioShock and its follow-up, briefly appears in person at the end of Minerva’s Den.

We won’t reveal anything else here. If you’ve never played this DLC before but are aware of the first game’s famous twist, you’re in for a treat. There’s a fairly big revelation in Minerva’s Den, and it is – for our money, at least – more impactful than the BioShock twist game critics will probably still be discussing in another ten years. 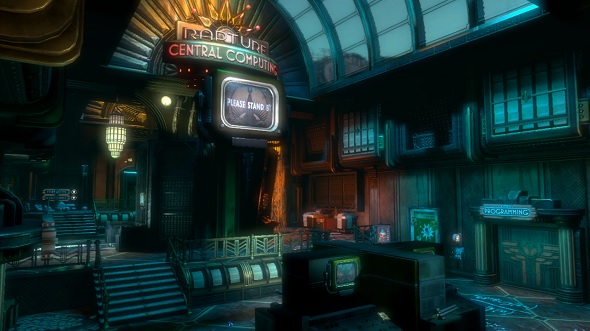 Genuinely touching story aside (and we’re prepared to forgive the rather on-the-nose environmental exposition near the story’s end), it’s how Minerva’s Den plays, and how it looks, that makes it such a terrific first taste of Rapture. The first BioShock will probably take the average player between 12 and 14 hours to get through, and its sequel somewhere around the 11-hour mark. In contrast, Minerva’s Den will take an afternoon, and yet it doesn’t feel at all lacking in substance, style, or depth. Its reputation as one of the greatest examples of standalone DLC – an “expandalone,” if you like – is more than merited.

This is Rapture’s very essence distilled. The wider city’s labyrinthine sprawl is concentrated into tight access tunnels and cluttered offices, its action presented front-and-centre with less focus on grinding and more power-ups left in your path. Everything is dank and eerie and dangerously decomposing; as you proceed, even into Rapture’s technologically advanced mainframe, you can feel it all coming undone, as if the actions of Subject Delta are surreptitiously seeping into this separate side of BioShock’s over-arching story.

The various vending machines of Rapture are overabundant, their availability exaggerated so as to appear around every other corner. And when you see a health station, or hear an ammo-supplying El Ammo Bandito machine spouting its “bienvenido” shtick, you know to prepare for action. In this respect, Minerva’s Den doesn’t disappoint either – firefights are frequently frantic affairs. You’ll need to duck into cover often to take stock of your options, as splicers swarm your position with only one thing in their ADAM-mangled minds: murder. 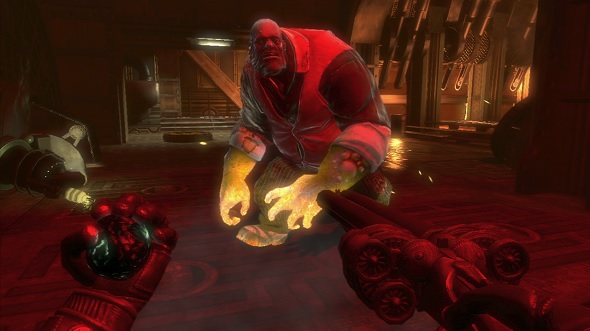 These aren’t your run-of-the-mill splicers, either. Ostensibly cannon fodder in the first two games, here there are previously unseen variants that include the hulking and furious fiery brutes, great bullet-sponges that rival the iconic Big Daddies for strength. To help you cope with this fresh hell, there are new offensive options, unseen in any other BioShock, such as the Ion Laser, which fires a destructive energy beam towards enemies.

For the most part, however, Minerva’s Den’s moment-to-moment action is much the same as BioShock 2’s – and, yes, the blood-curdling screeches of the spindly-yet-intimidating Big Sisters echo around this neighbourhood as well. Take away the clunk and stomp of Sigma’s gait, and movement and combat feels much like it did in the birthday-toasting first title. If the base FPS underpinning all of this ain’t broke, why fix it?

Which is to say: these are the same mechanics as those seen in the main games, presented in a more attractively streamlined package. Where the first game featured a great conflict between two formidable personalities, Minerva’s Den tells of two computer masterminds with very different moral compasses. Ryan is here, too – in spirit at least – further connecting this story with that of BioShock. 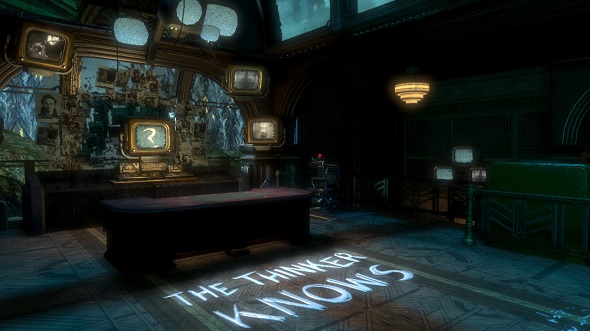 There’s all the heat and horror of the fuller releases here, from the action to the fiction, but everything is condensed – the tension tightened and the stakes raised. It all adds up to a closing payoff that’s a bigger punch to the gut – and to the heart – than any other BioShock climax.

DLC might not be the obvious place for someone’s relationship with a game series to begin – there’s no way you’re skipping Half-Life 2 for its successive Episodes, for example – but the argument for BioShock and Minerva’s Den as an exception should be deafening. There’s no lighthouse, and the man in question is a horribly broken one, but nonetheless, this is exceptional fare that demands foremostv attention. It’s the right way to (re)visit Rapture on the series’ anniversary. So, would you kindly?