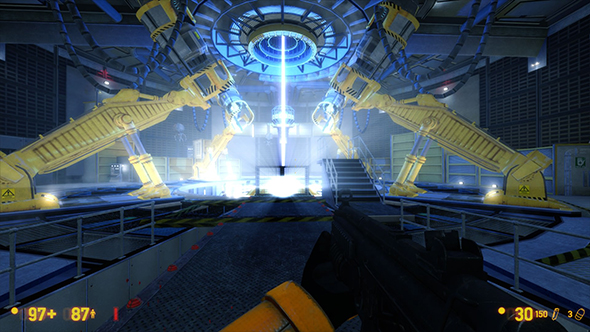 Black Mesa – the fan-made Half-Life remake that became a commercial product – has had a long-delayed path to completion, and that wait got even longer when the team announced that the Xen levels wouldn’t be making it out in 2017 after all. Instead, the base game would be getting a fancy lighting update. Now that update is here.

Here are the best FPS games on PC.

The point of all these additions is to bring the version of the game in the wild in line with the development build being used to finish up Xen. “This way, the final Xen release can be closer to a simple map drop; with less potential for engine and code issues affecting players on their first time playing Xen.”

The version of Xen currently in development features 14 maps spread across five chapters, and each of those maps are “significantly larger” than the originals. Each of the chapters have their own theme and artstyle, and they’re being developed in parallel.

Whether you want to play Black Mesa in its current state or wait for the ultimate release, you might want to consider hopping on it now, since it’s 75% off as part of the Steam winter sale. That puts it at $4.99 / £3.74 / €4.99, the cheapest price the game has yet seen.