It was 2004. Nvidia’s 6800 GPU was the new kid on the block, mechanical drives wept at Doom 3’s crushing 2.2GB storage requirements, and the Pentium 4 was still the go-to CPU.

Half-Life 2 had finally lurched from the depths of development hell, overcoming source code leaks and a series of costly delays. After struggling to download patches for the game through some weird program called Steam (it’ll never catch on), the community would finally see what Valve had been working on for the past five years.

Half-Life 2 was a revolution in gaming, transporting players to a world that barely seemed possible. We trekked across Antlion-infested highways, battled Hunter Choppers on the narrow walkways of a rickety bridge, and toppled a tyrannical government with the aid of a giant canine robot. The adventure was not just complemented by visual splendour but also some groundbreaking simulated physics. Jetsam and flotsam bobbed up and down in canals, explosive barrels peppered enemies with shrapnel, and Combine soldiers tumbled realistically down stairwells and over railings. The graphics were shiny, the guns were new, and the story was thrilling. And yet, I prefer Black Mesa to Half-Life 2.

Black Mesa plays out like a classic disaster movie. To this day, the unfolding, escalating horror of the Resonance Cascade is something that few other games have managed to capture. Extraterrestrial tentacles burst through floors, dragging unlucky scientists to their deaths; enslaved Vortigaunts stalk the darkened hallways; and your undead former colleagues wander about the facility, parasites gripping their skulls. As your two worlds collide, the fauna and flora of the extra-dimensional Borderworld threatens humanity’s very existence. The military is brought in, initially to the relief of the disaster’s victims, until it’s discovered that their job is not to save you but silence you, and they mercilessly pick off any remaining survivors. And you’re caught in the middle of it all. 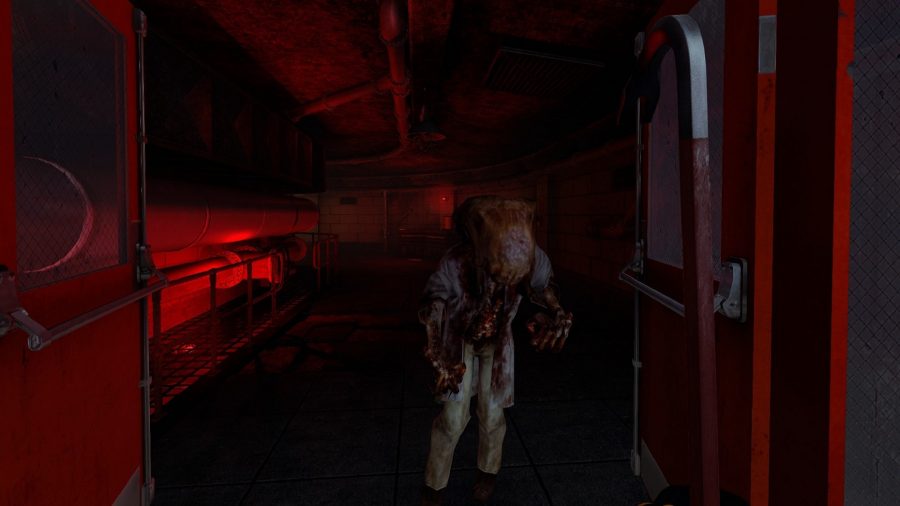 Half-Life 2 was jaw-droppingly beautiful when it first landed. But its dazzling visuals, along with the Gravity Gun’s mesmerising ability to pulp enemies with sawblades and broken lavatories, hid all manner of sins. Dialogue sections, for example, become tedious on repeat playthroughs, leaving the player with nothing to do but wait for the AI to unlock the next section of the level. Ravenholm is celebrated as the game’s outstanding moment of horror and atmosphere, but it stands out because those things slip away afterwards. The driving sections are long-winded and marred by poor vehicle handling. NPCs constantly get under your feet (don’t get me started on Barney). And after the better part of two decades, the visuals are in desperate need of a spit shine.

Half-Life 2 lacks the focus and subtlety of its predecessor

If Black Mesa is like Ridley Scott’s Alien, then Half-Life 2 is the James Cameron sequel. HL2 is geared towards action-packed gunfights and bombastic set pieces. The player’s journey is one big power fantasy, turning Gordon Freeman into a messianic figure and arming him with vehicles, turrets, robo-dogs, and Antlion buddies. Heck, the finale even lets you throw enemies around like ping-pong balls with the supercharged Gravity Gun.

It’s an undeniably fun experience, but one that lacks the focus and subtlety of its predecessor. After following one vaguely defined objective after another, it eventually becomes clear that you’re supposed to lead a resistance force against Earth’s new occupiers. But Freeman’s path to overthrowing this tyrannical government just doesn’t seem as plausible, or as consistently engaging, as his journey through Black Mesa. 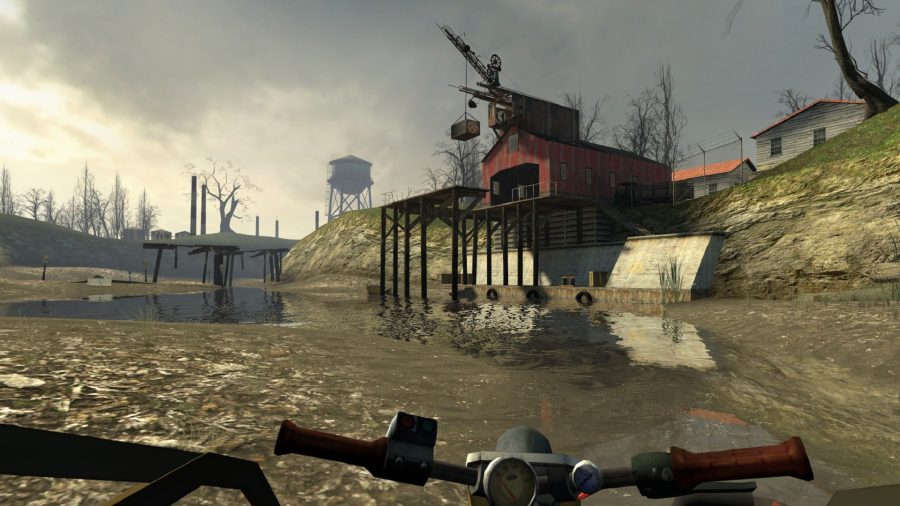 The beauty of Black Mesa lies in its simplicity. Survival is Freeman’s number one priority, crowbarring his way through a lethal mix of military and alien assailants. Each level has a logical consistency and believability to it. You move through experimental laboratories, office cubicles, and rocket silos, desperately trying to outrun the invasion forces and the facility’s total collapse.

To this day, the unfolding, escalating horror of the Resonance Cascade is something that few other games have managed to beat

Throughout, the Crowbar Collective expertly captures that feeling of a world sinking into the abyss, just as Valve did over 20 years ago. Emergency lights fill steel corridors with an ominous red glow, pools of radioactive sludge block your path, and broken gas pipes shoot jets of flame every which way. You could cut the atmosphere with a knife. Aside from Ravenholm, though, Half-Life 2 doesn’t offer this same level of tension, excitement, or wonder.

And then there’s Xen. The devs have completely reimagined Freeman’s expedition to the Borderworld, much maligned as it was in the original game. As you step forth from the teleporter, flocks of Boids and Manta Rays fill the skies overhead. In the distance lies the portal to the Nihilanth, shrouded in bits of floating rock and the brilliant blue light of a nearby nebula. The passion poured into making this part of the game look and feel authentic is clear to see. 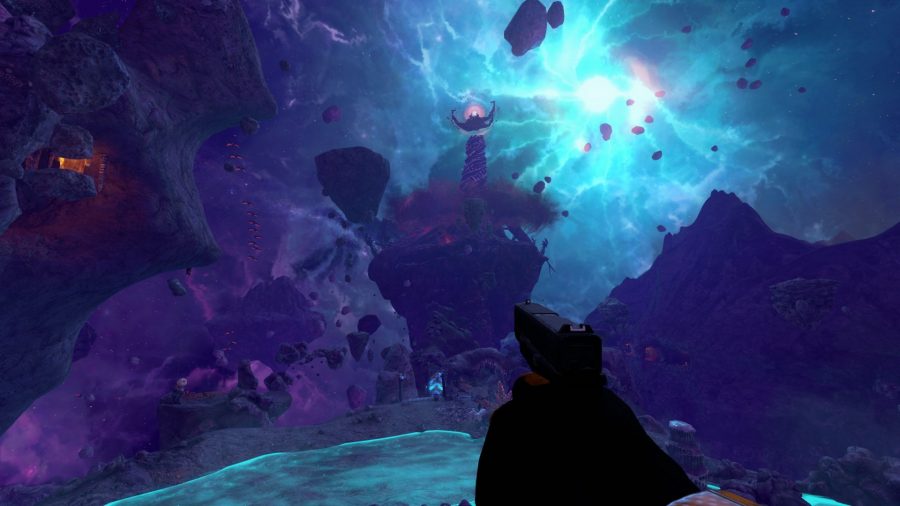 Xen is as beautiful as it is deadly, featuring a Darwinian ecosystem that thrusts you into a world of food chains and predation. Hot-footing it through border outposts, swamps, spider lairs, and alien war factories, it’s hard not to marvel at Crowbar Collective’s expertly crafted levels. Xen, in the right hands, is a wondrous place to explore. It’s a shame, then, that Valve abandoned the place entirely in Half-Life’s sequels. The same could be said for Xen’s diverse ecology, much of which was absent from Half-Life 2 and its episodic content.

With its new and improved visuals, tighter combat and controls, and an emphasis on atmosphere over action, Black Mesa is now my favourite entry in the entire series – although I’m willing to reconsider that if Half-Life 3 ever happens. The journey is topped off with Joel Neilson’s absolutely stellar soundtrack. Listening to the score is an almost spiritual experience, one that compels me to play the entire game with headphones on. This fan remake is the only way to play Half-Life, and even manages to surpass its beloved successor. Frankly, I’m just astonished that Valve hasn’t snapped up this studio.