Imagine a world where you never have to upgrade your PC again, and yet it will always be at the very forefront of high-performance gaming. Imagine never having to worry about whether you can afford a new processor, or which graphics card falls within your current budget. Now imagine how a poor hardware journalist makes a living if that’s what everyone does. Dance for pennies, maybe?

Sticking new hardware into your PC’s fun, right? Check out this bevvy of the best graphics cards around to whet your appetite.

The Shadow service from French outfit Blade could easily be dismissed as yet another cloud-based PC service, with nothing to differentiate itself from the others, such as LiquidSky, PlayKey, or GeForce Now. But we’re talking about essentially leasing a full PC in the cloud, accessible from practically any device you can think of, from phone, to laptop, to 4K TV.

You pay a monthly fee of around £30 (it’s coming to the UK ahead of the 2018 US launch) and, for that, Blade will loan you a little box which you can plug into your monitor or TV (if you get a DP-to-HDMI adapter). You then give the box back at the end of your subscription. At the moment it’s not clear whether that’s just for the full year’s sub, or whether that will work with the three month option too. 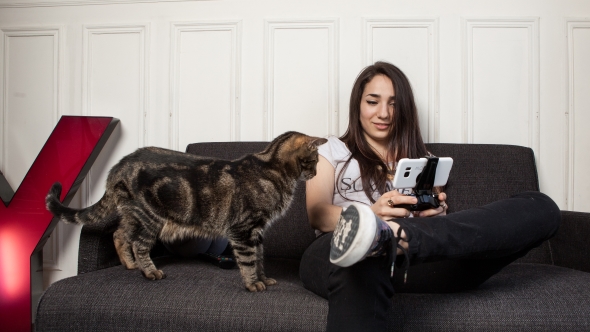 So, you can either use the little box, an Android app, or a webpage to access your Shadow, and switch between them at will. I started playing Rise of the Tomb Raider on a monitor before switching to a tablet and then to a phone, picking up from the exact spot I left off each time. And your Shadow is a full Intel Xeon-based PC, with eight threads, 12GB RAM, 256GB of storage, and a dedicated GTX 1070 graphics card, so it’s capable of things outside of gaming too.

And that’s what’s so attractive about the service, it’s a full, high-spec PC that’s essentially yours. They’re not using Nvidia’s GRID setups either, where you share your GPU with a bunch of other gamers, they allocate you your own dedicated graphics card when you login.

Once you login it’s like your standard Windows desktop. With the Shadow box you can attach whatever peripherals you’d normally plug into your PC, and to all intents and purposes the service ought to essentially be invisible. I was using it on a busy show floor, across wired and wireless connections, and across a mobile network. Blade do recommend 4G if you’re going to do that, and at least a fibre 10Mb connection, but it seemed incredibly robust. 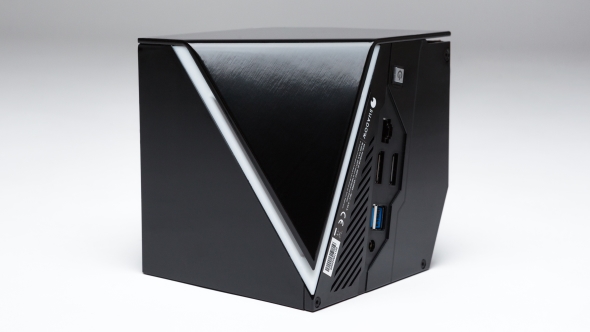 You can install all your software as you normally would (unless you’re still rocking optical media, you caveperson) and it’s almost a Steam gamer’s delight. You may only have 256GB to play with, not counting the Windows installation, but given the speed the connection runs at, downloading games should be stupidly quick.

That’s because you’re not using your connection – that’s only there to ensure the connection between you and your leased PC is as robust as possible – all the downloading shenanigans are carried out at their end with speeds of around 1Gb/s.

That means downloading Steam games at 125MB every second. I’ll let that sink in.

So, what are the downsides, there’s got to be some, right? Well, at £30/month you’re talking about committing to spending the equivalent of a high-end graphics card purchase for your PC gaming pleasure every year. 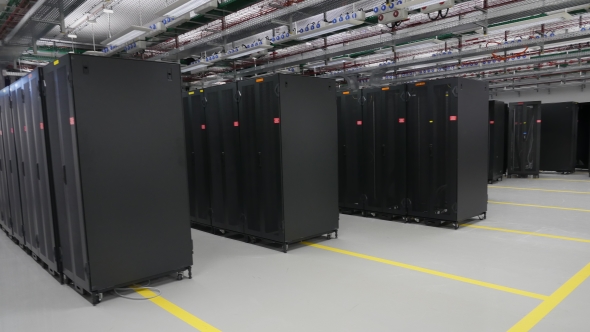 Though, even at £360 for a 12-month sub, it’ll take around four years to hit what you’d spend on an equivalently specced full PC – and Shadow are committing to upgrade their systems as new generations of GPU arrive too. They’re also saying they’ll recycle the old cards to form lower tier subscriptions.

Blade’s Shadow servers will retain your virtual machine for a month after you end your subscription, that’s how long you’ll have to download any data you’ve stored in the cloud before it’s deleted. That does mean if you ever want to take a break from your sub you can only take a month off without losing everything.

Shadow will hit the UK and Germany in the next couple of months. It will be interesting to see how well it does when it’s out in the wild and not in a showfloor demo situation. If it can operate as smoothly as it did at Gamescom then I think I might have to start looking for another job…