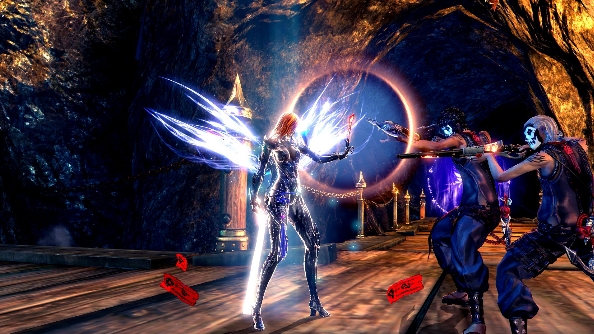 Few eastern MMOs can claim to be as fervently wanted by the West as Blade & Soul. After waiting four years for it to make the leap from Asia to America and Europe, more than two million players signed up within the first month of release. It’s safe to say that Blade & Soul is pretty popular on this side of the globe.

Just getting started? Then you need our Blade & Soul beginner’s guide, full of tips for dominating the Earthen Realm. Or try Blade & Soul now for free.

It’s a game with big ideas that differ from the MMO norm. We had a chat with NCSoft West’s Nicolas Coutant, producer on Blade & Soul, to discuss how the betas influenced the western adaptation, making expansion packs free for all, and how button-bashing can lead to tactically-deep combat. 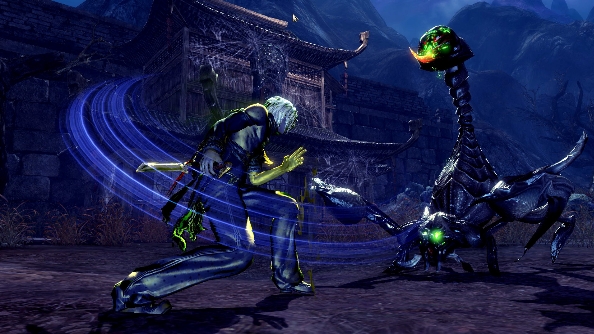 PCGN: What were your findings from the beta, and how have you used them to ensure the grind balance is just right?

Nicolas Coutant: The first thing we noticed is that our beta players were finding the first zone, Viridian Coast, too easy. Monsters would die too fast preventing players from learning their combos. So, we increased the difficulty in the zone, and received positive feedback from the players following the change.

The game’s levelling speed was already pretty fast, so we didn’t have to do many adjustments on that front. Most of the changes were focused on quality of life features, such as better UI elements, a brand new web-based Marketplace (item auction house) or a new hotkey to quickly skip quest dialogue.

The game is set to have many story chapters, rolled out over time post-launch. Can you detail the plan for this, and how people will access new content?

The game’s story is currently comprised of seven Acts (the last one just came out in Korea), and we launched with the first three. The fourth Act will be released soon, alongside a major content update called Silverfrost, since it’s basically a major new chapter in the story. We are also planning to release Acts five and six later this year.

All new content we release is free to everyone. It’s linear though, so you need to have completed the previous chapters to access it. 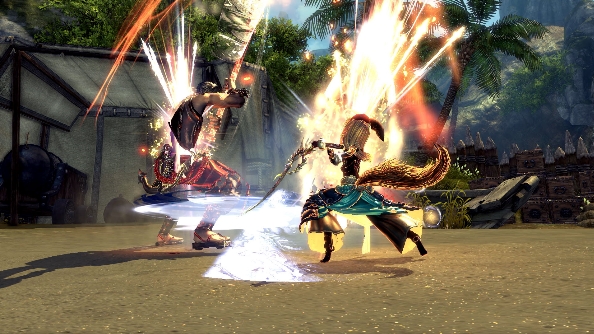 You’ve discussed that cosmetic appearances and armour are separate elements in Blade & Soul. How does the armour system work if it’s not tied to specific appearance gear?

Costumes, however, are purely cosmetic and can be found all over the game. We have hundreds of different costumes to wear and some of them are pretty challenging to obtain.

Weapons ‘grow’ with players, and they can use the same weapon for the entire game. How have you crafted this system to make it as appealing as finding new weapons and swapping gear?

The appeal of finding new gear is still there in Blade & Soul, but it simply takes different forms. Players will be hunting for rare costumes or doing dungeon runs to find crafting materials to upgrade their main gear. Weapons can also be re-skinned with other weapons you find when hunting. 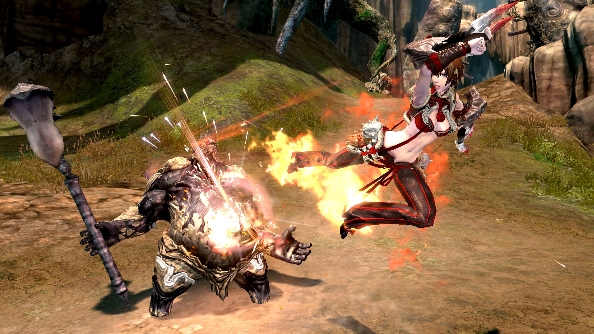 It’s notoriously challenging to tell effective stories in MMOs, especially those based around a ‘chosen one’ character. How does Blade & Soul overcome those challenges?

Blade & Soul is actually much better suited to telling a story focused around a single lead character than many other titles given the genre it is set in. Wuxia fiction is built on this concept, following the exploits of a daring hero through many challenges. Blade & Soul manages to maintain just the right balance between focusing on the single player character and acknowledging the presence of other characters during game play.

Far too often in MMOs we see the storytelling pitfall of the player being built up as a unique chosen one, only to spawn into the field surrounded by a thousand others just like them. It breaks the immersion immediately. Blade & Soul sidesteps this because of the sense of community that is built into the world of martial artists in the setting. The fact that there are many warriors, clans, and factions within the world is emphasized as an important facet of the story; it makes sense to see the uniforms these different groups wear and the fact that the player can join many of them. 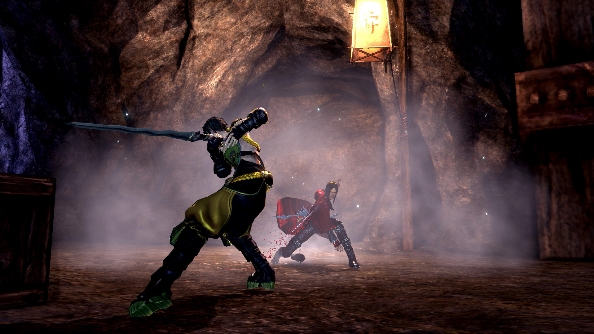 During key points in the main quest line, the player will be accompanied by, or come to the aid of, noteworthy NPCs who are powerful martial artists in their own right, fighting alongside them as peers. The player feels much more included as part of the world, as everyone else running around just seems like other warriors from other clans going about their business.

Having said that, while the sense of a living world and abundant community are important, the player is never left feeling like a face in the crowd. The main story emphasizes the player’s presence and relevancy to the events themselves, allowing your avatar to be present in – and directly involved with – the cutscenes telling the tale. Without going into too many spoilers, the plot also revolves around the potential the player character has – not that they specifically are the only “chosen one”, but that they (among others) have the potential to become it.

Blade & Soul does a lot to make sure the player always feels directly involved with the story rather than just being an onlooker who has to run a few fetch quests, which is a significant flaw many other titles succumb to. There’s even an option in the game’s settings to toggle the visibility of other players on screen, which is great for capturing a sort of one-player adventure feel, or just grabbing a perfect screenshot without having a crowd in the background. 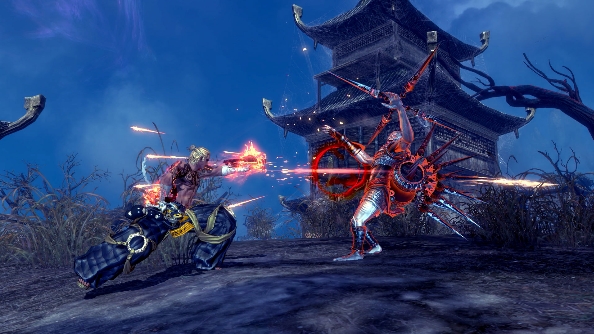 Combat uses a lot of contextual elements to make it accessible. With that in mind, what is it about Blade & Soul’s combat that is tactically satisfying, especially for more seasoned MMO players?

Blade & Soul’s combat is extremely satisfying because it’s a very fast-paced, skill-based system. You constantly have to be on your toes and time your abilities right in order to be effective. That’s not to say that the combat is hard, it’s actually not punishing at all and you can get by just mashing buttons if you don’t care for effectiveness (except in dungeons), but there’s nothing more satisfying than pulling off a well-timed combo watching the devastation unfold. Combat animations and fluidity are also fantastic.

Do you think Blade & Soul is the best new MMO of 2016? Let us know how you’re finding it in the comments. Try Blade & Soul now forfree.