I remember being in a band: practice sessions were almost exclusively spent playing Timesplitters 2, and the one time we played in front of the school I’d convinced myself I was cool enough to wear sunglasses in a dark assembly room. We were terrible excuses for musicians, but we were lazy enough to justify it. What we didn’t do was make a game and sell it on Steam as a means of getting our music out into the wider world. The Novelline brothers – and their band, Or Nothing – did.

For more under-publicised classics, check out the best indie games on PC.

Bleak is the culmination of their efforts. It’s an oppressively difficult 2D platformer with a comic-strip art style and a Nine Inch Nails-inspired soundtrack churning away beneath its surface. Bleak is a curious creation, but it’s one that’s received unanimously positive reviews on Steam, which is impressive for a first attempt at creating a game by three brothers who actually just wanted to make some music.

The idea didn’t take long to develop, explains Josh Novelline. “We’d been told by a million people that the music industry is less than ideal right now, so we talked about it – I think it was when [elder brother] Justin was a senior in college – and we thought, what if we started making a game?” 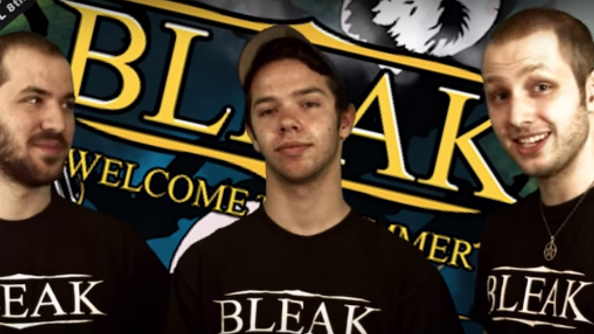 What followed was a feverish, enthusiastic attempt to pull a game development team out of thin air. Blind optimism and good intentions got them over the next hurdle, says Josh. “It was like, ‘you start writing the story, we’ll make the soundtrack and publicise it – let’s get as many people as we can from the college to fill all the voids of making a videogame.’” With no knowledge of how one goes about that exactly, Josh and Justin began contacting as many people as they could and managed to get a sizeable group together – a programmer from MIT (who now works at Bungie), a bunch of artists, and a couple of small companies from the Boston area. Naturally, the next step was to try their luck on Kickstarter.

“The Kickstarter made $12,000 out of its $50,000 goal, so it failed, but to be fair we had no industry cred whatsoever”, recalls Josh. “Honestly the Kickstarter failing was like the greatest gift ever, because that failing let us find out who really cared about the project and who cared about knowing there was money in it. So the programmer left, the artist left, the animator left and it wound up being just my brother, me, and one other illustrator that stuck around”.

With no programmers or artists, Josh picked up the pieces of their failed Kickstarter and begun teaching himself pretty much every facet of game development in his spare time. That meant scaling back ambitions considerably: “The original idea for the game was so lavish, it was a bunch of young kids saying they’re going to make Skyrim in 2D where you can do everything you ever wanted to. We ended up zeroing in on this super difficult, 2D-platformer with a very basic art style and amazing music… because that’s our bread and butter”. 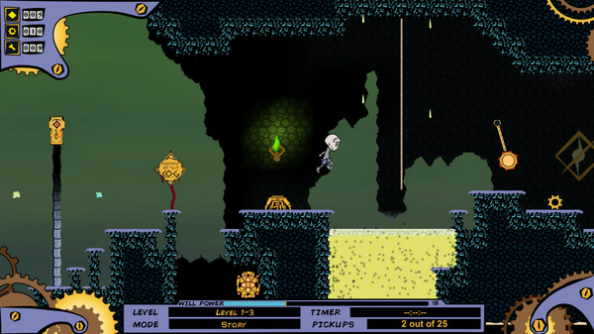 Josh and Justin continued building and refining their idea in their spare time, eventually getting Bleak Greenlit on Steam. As impressive an accomplishment as that is, the brothers still had the problem of discoverability to overcome, which is where the youngest Novelline, Liam, joined the project. “It’s so much marketing to get your game seen, that was what we wanted to tackle next, we wanted to start getting word out there”, explains Josh. “We had a YouTube channel kicking around since 2011, so my little brother and I brainstormed. ‘What can we do with the channel, what’s gonna get our foot into the YouTube door?’

“We had just started getting into Counter-Strike when we started the YouTube channel and we found that Counter-Strike had a huge community, like gigantic,” Josh explains. “We watched Syndicate and a lot of case openings from these big Counter-Strike YouTubers, so we did a couple ourselves, like ‘let’s throw lump sums of paychecks into case openings and hope we get something cool’”.

And they did – two knives in five cases – which, if you’re not a CS:GO veteran, is extraordinarily lucky. However, Liam, the brother opening the cases in the video, didn’t realise the value of what was happening. “He’s responding to what it is like, ‘I don’t care, it’s a gut knife’. All or half the comments on there are like, ‘this kid doesn’t understand’, ‘he’s so out of touch’… we got tons of hate over that, but now that video is at like 1.5 million views, so it worked”.

Those initial videos earned the channel around 3,000 additional subscribers, which allowed the Novellines to start experimenting with new ideas, one of which was to start making CS:GO knives and skins in real life. The knife skins helped the channel to grow, so the brothers made a new one every month, took requests and continued to cultivate this niche community, eventually using the space and audience as a place to start talking about Bleak.

The prospect of marketing the game through YouTube was a daunting one to the brothers, who had received a lot of abuse from users when they had previously put music up on the platform. Josh shrugs much of the negativity off as coming with the territory. “Once you start putting yourself out there you hope everyone gets it, but if they don’t they might be inclined to hate on it for… well, I couldn’t tell you why.”

The Novellines also took Bleak to PAX East, where they met Tim Schafer and got Super Meat Boy’s Tommy Refenes and Penny Arcade’s Jerry Holkins to play their game. “The first year PAX was here [in Boston] Justin and Liam were able to get someone leaving to give them their pass, and then they went in during the last hour and just ran around seeing all the games”, recalls Josh. After that first taste of the expo, the trio decided they had to take Bleak there the next year, so they established their own videogame company, had Justin make a professional-looking website to submit for PAX’s scanning process, built a booth and scraped together the $1,500 entry fee. 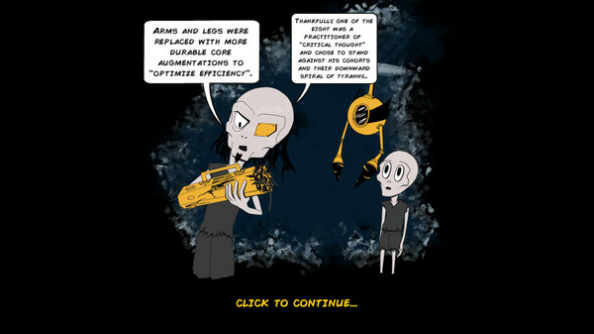 The brothers found no help from their fellow indie devs at PAX, says Josh. “With the indie crew there, there’s no publisher, no overarching hand… it’s as indie as it gets, you’re fuelling it yourself, you’re out there yourself, you’re paying for it yourself – everyone is super competitive”. But they did find stories of success and met developers they could relate to. “The indie crowd is not necessarily just developers, it’s just creative types trying to get the word out and hoping to make something that people like”, he says. “Like the guys who made Race the Sun, we met them, and they were brothers [who] were musicians.

“As far as Bleak’s launch goes, Justin and I have always kept saying ‘keep the positive vibes going’, and it’s been somewhat therapeutic throughout”, says Josh, recalling the moment they finally pressed the launch button on Steam. “People started liking it, and that’s really the most you could hope for in a situation like ours. We don’t have the money to push Bleak as far as we’d like, but as long as the collection of people who played it felt like it was what we sold them, we’re both happy. I think we’ve successfully done that”. 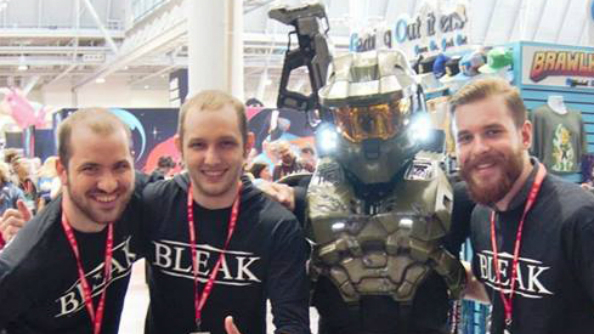 Bleak’s success has prompted Josh and Justin to start work on their next game, Discoverous, a first-person exploration game with an emphasis on distorted realities that’s in the Greenlight phase of development.

So what about the band? “It’s a grind, the work never stops. It’s crazy – we started the videogame company and I really came on to do the music, but I haven’t been able to touch that in years because we’ve been learning how to make a videogame and do YouTube,” says Josh. “We’ve been paving the way, slowly trudging uphill for years, we started Or Nothing in 2007, so now we’re almost 10 years later and we haven’t really had any giant successes. We do it paycheck to paycheck.”

But it’s worth it, insists Josh. “We went to PAX East this year and all we did was blast the entire Bleak soundtrack out of our booth. Everyone was coming up and complementing it, developers even asked if we could key-swap them for the soundtrack! Honestly, I was on cloud nine with just that happening. Justin and I, and now our other brother, Liam, have been writing and releasing music together for almost ten years now, well beyond the existence of the game company or youtube channel, but no one ever heard it. This was the first time it felt like people were going to listen to our music and hopefully enjoy it a little.”

Bleak available to buy on Steam now. The Novelline’s second game, Discoverous, is slated for release in early 2017.