Update, October 5: The BlizzCon Closing Ceremony will feature a concert from Muse.

Blizzard have announced the musical act for this year’s BlizzCon, and it’s none other than Grammy award-winning rock trio, Muse. The band will end BlizzCon at the Closing Ceremony on Saturday, November 4.

For the games themselves, here’s what’s going on in the next Overwatch patch, 1.15.

“We’re thrilled to close out our 11th BlizzCon with a performance from one of rock’s greatest live acts,” says Blizzard CEO Mike Morhaime. “Muse has wowed millions of people around the world with their groundbreaking music, and we’re excited that they’re coming to give BlizzCon attendees an epic sendoff.”

Tickets to BlizzCon itself are sold out, but you can still pick up a Virtual Ticket for $39.99 / £24.99, which will let you watch the Muse show and full Closing Ceremony live.

Update September 14, 2017:The various BlizzCon pre-show videos are now in full swing, and there are various interesting tidbits within.

One of the series on offer is the Artist’s Journey, talking about how artists got their start at Blizzard. So far there are two episodes available, one locked behind the virtual ticket featuring Samwise Didier, and another with Peter Lee. He’s been at Blizzard since 2005 and has quite the tale of how he got there.

In the videoLee explains that he didn’t even own a computer when he originally bought StarCraft. He lived in South Korea and took a bus to his nearest videogame store, bought it, and didn’t have enough money to get home without walking. Three hours later, he still wasn’t able to actually play it, and spent his time with the manual.

Every weekend, he’d visit a friend to play and eventually decided he wanted to work for Blizzard, despite still not owning a computer or knowing much about how games are made. He’s got a hell of a talent for concept art though, and that carried him through.

That’s just one of a few fascinating stories on there. Mike Morhaime borrowed $15,000 from his grandmother to initially start the company. World of Warcraft used the face of the art produceras a missing-asset indicator, so the whole team wore them as hats for the 25th anniversary. Those are both from the Inside the Vault series, which is proving just as fascinating as expected (for people like me, anyway).

It looks like at least the first episodes of most series will be totally free, as a hook into the paid versions. Obviously, if you want the in-game stuff – the WoW mounts are already available in-game – or are planning to watch BlizzCon in full, it’s worth the price of admission anyway. But if not, these might also pull you in.

Update:We’ve got some more information about what’s going on at BlizzCon this year.

Blizzard’s end-of-year blowout of announcements, esports, and community gatherings is coming round again on November 3-4. However, this time there’s a pre-show that starts today and will run until the main event kicks off, with original programming and a video series to celebrate the build up. A number of other changes are on the way for this year’s show too – but the price of the virtual ticket isn’t going up.

First, what’s happening? If you hit up BlizzCon.com right about now, along with the livestream announcing these moves, you’ll be able to pick up the virtual ticket, giving you access to the first wave of videos. It’s priced the same as last year at $39.99.

“You’ll find things there like Blizzard developers discussing what’s happened in their game since last BlizzCon, some funny chat and Q&A coming from them,” Saralyn Smith, Blizzard’s global senior director of community development, explains. “There’s these really rich cosplay series where you see some cosplay come to life, the makeup and the weaponry. I love cosplay and I’ve been learning quite a bit watching those videos.”

Blizzard haven’t announced how many videos they’ll be putting out, or how often, but it looks like you can expect at least one every week. The cosplay series will star Jackie Craft and Henchmen Studiosputting together their costumes for the show.

“One series I particularly wanted to call out that I’m very excited for is something called Inside The Blizzard Vault,” Smith says. “This is a series that unearths some legendary Blizzard artifacts, previously unexposed to the public. In fact, the only people that have seen what’s in the Blizzard Vault is our Vault team. I’ve been working at Blizzard for six years and I’ve never even seen what’s in it until now. We’re so excited to share that with our players.

“The items that are in the vault, some are from Blizzard employees, others are from players or are gifts, and all have a very significant story. A lot of them had me laughing, some had me crying – it was all very inspiring. I can’t wait for the players to be able to see those.”

The other two series starting today are Casual Cosplay – a less intense, lower armoured-plate count sort of thing for the average viewer – and Artist’s Journey, focused on Blizzard’s artists. Here’s everything big blue advertised during their stream: 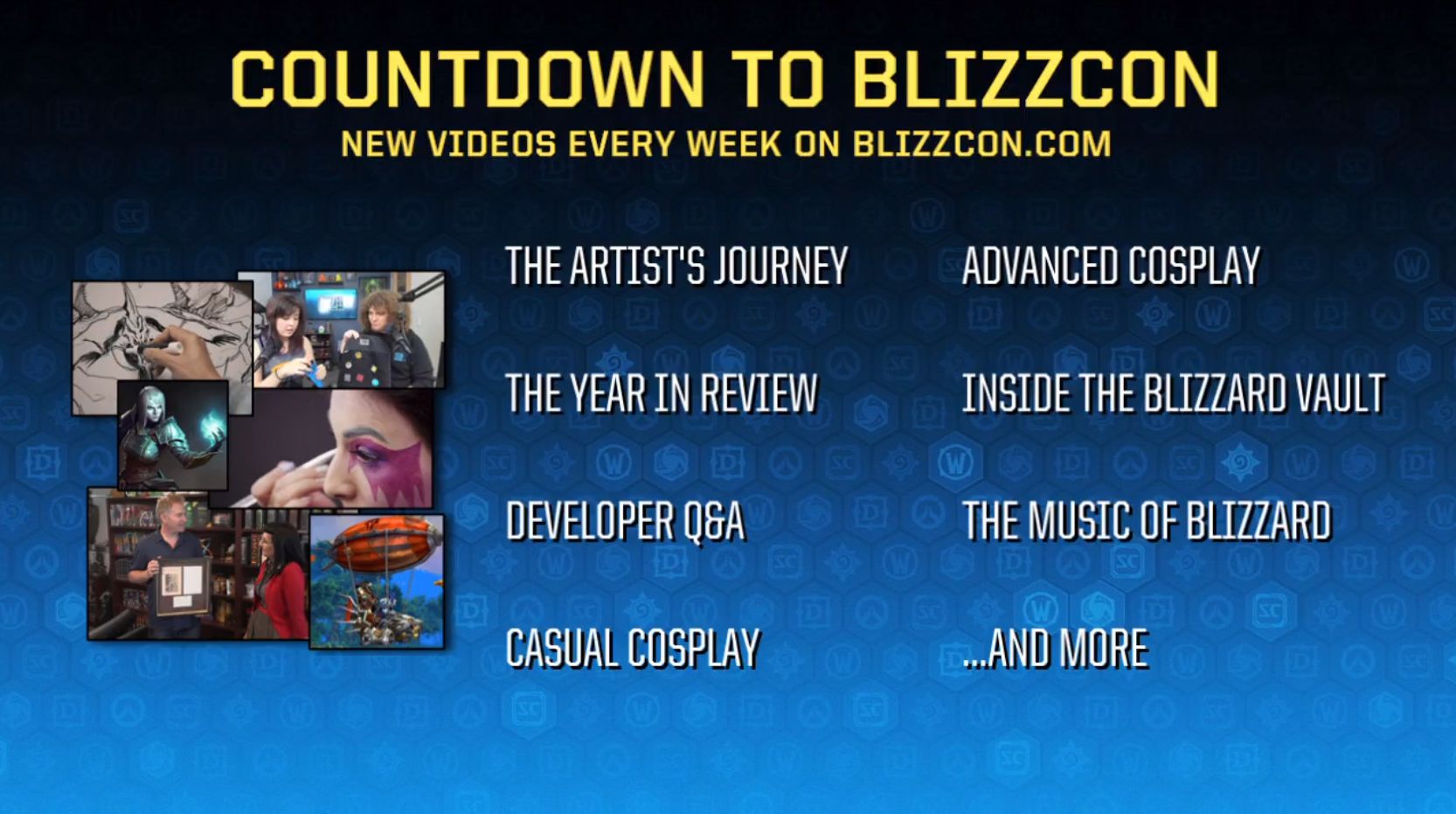 The virtual ticket is also getting an upgrade for the show itself, with all the stages now being broadcast. In previous years, only the main panels got their time on-stream, so those who want to dive deep should get their money’s worth of voice actor panels, artist workshops, and more. VODs of all of this will also be available after the show, with closed caption translations for French, German, Russian, Korean, and Chinese. There’s even a whole new watching interface with more information readily available. 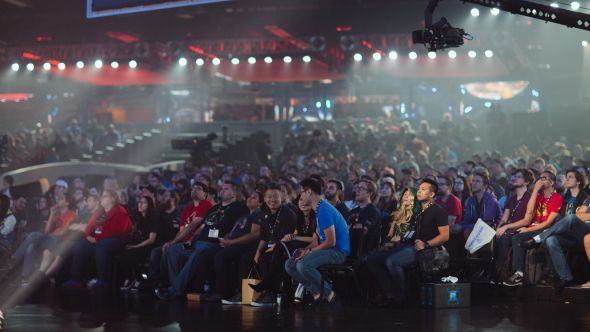 Nothing is going away, either: in-game goodies – the first of which has already been announced – the goody bag, the ‘all-access’ main channel, VODs for a month afterwards, and esports streams not requiring the virtual ticket are all the same as last year. Smith says viewership has grown “every year” and continues to do so, hence all the upgrades.

The only thing you’ll miss out on if you don’t attend the show in person are the playable demos – but don’t expect to see those as downloadables any time soon. “It’s something that has been discussed,” Smith says. “There’s nothing like that this year, and I don’t know if we could even guarantee it any time in the future. We love bringing as much of BlizzCon [as we can to the virtual ticket], including the playable demos on the floor, but there are privacy and technical [issues] and, honestly, I’m not the person qualified to even be able to talk about it. We’d love to, if we could.”

As for the show itself, Smith is keeping her lips sealed, so don’t expect any spoilers here. However, Blizzard have managed to find yet another hall to expand the show into, newly built and opening in just a few days. As always, there was also the discussion of adding an extra day – BlizzCon is increasingly packed now that it is supporting more franchises and more games.

“Yeah, we’ve talked about it. There’s been no decision to do that, but the players show up as soon as the doors open and they stay until the doors close – we do feel like with more franchises and more esports it’s definitely been a consideration. So far, we are still trying to make it a great two-day experience and then adding this online content leading up to the show. But yeah, it’s certainly a question we go back and forth with almost every year.”

Doubtless, there’s more to be announced during the livestream, which is embedded below.

Original story:Blizzard have announced what to expect from the 2017 BlizzCon Virtual Ticket, including a host of items in all their current games, streaming access to every panel, a lovely view of the closing ceremony, and much more.

Here’s what you can look forward to:

You can see more detail at the official BlizzCon site. As always, you can see the opening ceremony for free, as well as any and all esports streams Blizzard have in store. Some of the weekly videos will also be available for free.

The Virtual Ticket is now available for $39.99 / £24.99, and Blizzard promise over 60 hours of content will be available for live viewing or on-demand replay.