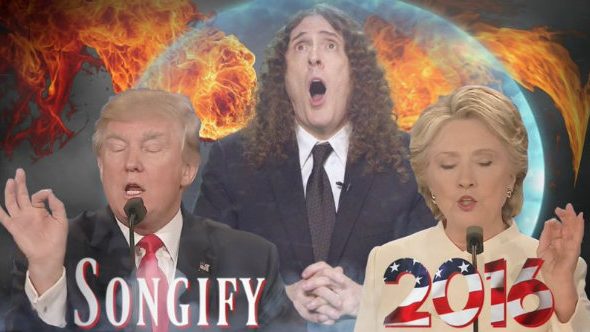 Blizzard have announced that “Weird Al” Yankovic will be performing at this year’s BlizzCon, taking place next week.

Write a song about each title in our list of upcoming PC games.

Yankovic is famous for a range of parody songs. You might recall”White & Nerdy” and “Amish Paradise”, in particular. The Grammy Award–winningsinger will close the show on Saturday, November 5.

While the event itself sold out aeons ago, you can still bag a virtual ticket for $40 and watch it online. You can even watch it in your pants, and you won’t have to put up with all that nerd stench. It’ll be sweet.

“We’re super excited to close out our tenth BlizzCon with a performance from an epic showman–and fellow geek,” Blizzard CEO Mike Morhaime said in a statement. “Weird Al has entertained millions of people around the world with his hilarious music, and we’re thrilled that he’s bringing mandatory fun to the show and everyone following along with a virtual ticket.”

“I’m very excited to be playing at BlizzCon,” added Yankovic, “because it’ll be one of the few times in my life where a significant percentage of the audience is even nerdier than I am!”

Yankovic will be following in the footsteps of Tenacious D, Foo Fighters, Metallica, Linkin Park,Ozzy Osbourne and various other famous artists.