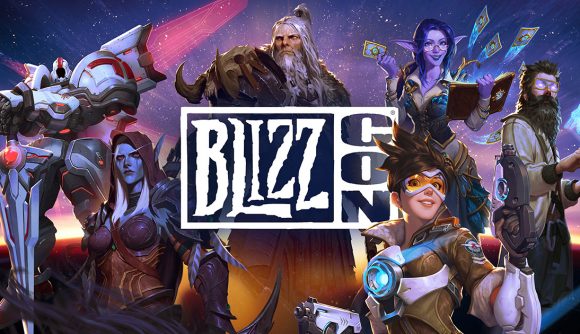 As you probably expected, BlizzCon 2020 is cancelled. Blizzard made the news official today, confirming that the annual gathering of fans will not be going forward due to the COVID-19 pandemic. The company has tentative plans to run a digital event to “channel the BlizzCon spirit” early next year, but the details on that replacement are still up in the air.

Blizzard wants to do a digital BlizzCon “as soon as we could,” convention executive producer Saralyn Smith says in the announcement, “but given that this is new-ish territory and the different factors involved, it will most likely be sometime early next year. BlizzCon is also a stage for big esports events in Blizzard games each year, so we’re also looking into alternatives for supporting some of the high-level competition that would normally take place at the show.”

BlizzCon typically hosts announcements around Blizzard’s biggest games, and this year likely would’ve provided a load of info heading toward the Overwatch 2 release date and the Diablo 4 release date – on top of continued updates for the company’s other games, plus whatever new stuff might be in store.

Looks like we’ll be waiting until early 2021 for the bulk of those announcements, however.

An update on BlizzCon: https://t.co/wgMYpIfGS5

Annual conventions like E3 or Gamescom have been getting cancelled or moved online, and few big names are still on the schedule. PAX West is still going to happen, according to organisers, but that’s looking ever-more-unlikely.